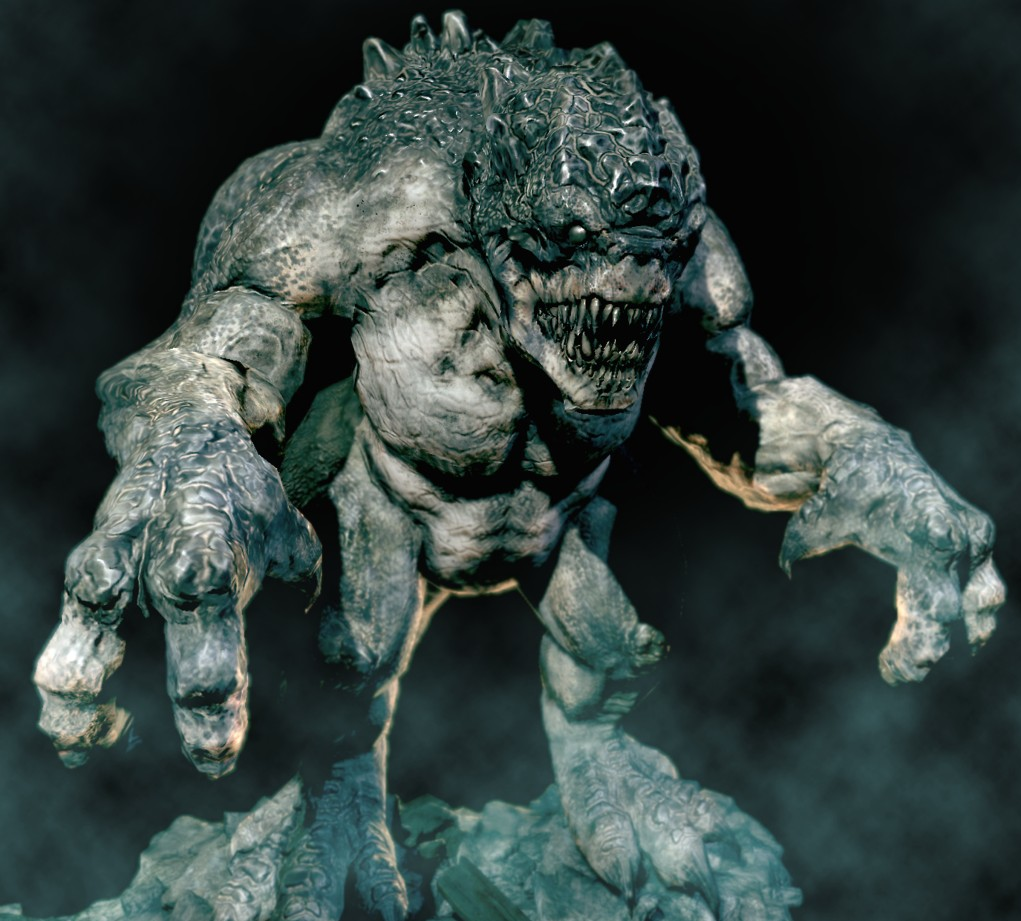 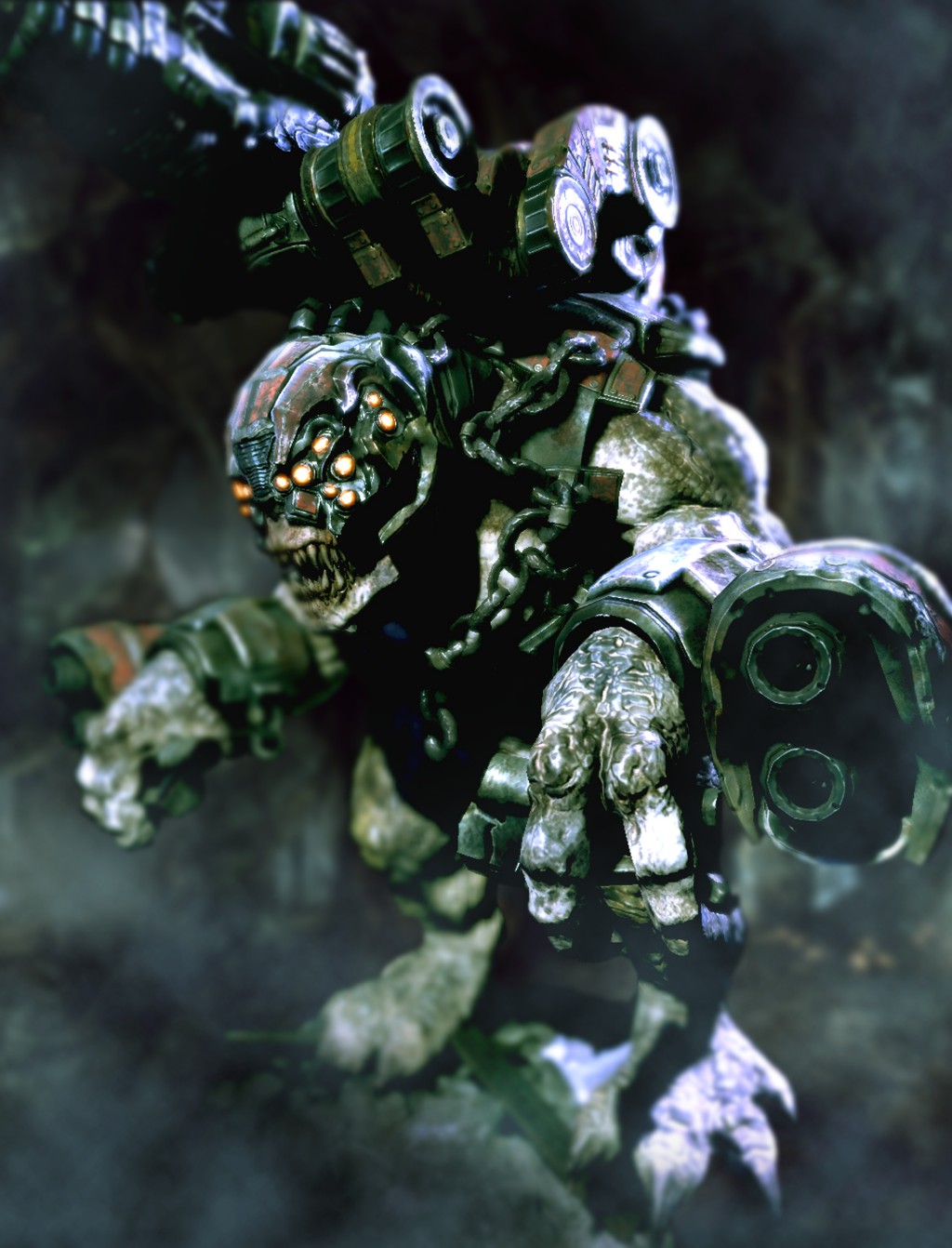 Durable: The Glycons have a naturally thick skin all over their body, the scales being compared to Kryats skin. They are very hard to kill and can withstand almost all types of small arms fire.
Strength: Being large has its benefits and the Glycons do not disappoint. Their strong arms are capable of picking up many hundreds of tons and their hands are large enough to grip many varieties of objects that would be impossible for most creatures. They are much like their distant relative, the Rancor.

Tamable: The Glycons are tamable from about the age of four, but it is best to tame them from birth.

Can use tools: The Glycons have reached a higher point of sentience than many of the other wild creatures of Gratos, being able to make and use simple tools. If tamed from a young age they can also be taught to use weaponry specialized to be used by the gigantic creatures. This allows them to become a form of living artillery as many varieties of weapons can be mounted on their back and forearms.

Sensitive to sun: The Glycons are very sensitive to sunlight, much like the Stym. They are utterly blinded by the daylight since their eyes have adjusted to see very clearly during the day. The sun is so harmful to their eyes that it hurts them to be in the light to the point of physical pain. This problem is solved by those who wish to use them as war machines by placing specialized helmets on their head that absorb the light and transfer it to the beast’s eyes in a low light format so that they may see.

Slow moving: They are large and bulky which makes them very slow moving. They must take long strides to get to where they are going and it is not fast process.


Distinctions: Glycons look much like overgrown Graug, they have only two large eyes and their bodies bare resemblance. However, the Glycons have massive hands and claws on their feet and hands with boney spikes protruding from their backs. They teeth are long and their skin is tough and grey.


History: The history behind Glycons is rather a mystery, even to the Graug. They are believed to be related to Rancors in some way but there is no definitive answer as to how this is as Rancors do not live on Gratos. It is possible that at some point Rancors found their way onto the planet and mated with a similar species to create the Glycon. These Rancors were then run into extinction by the vastly superior Glycon who either killed them or dominated the food source.

Character Bio
So this was a submission that was lost in the purge? @[member="Darth Vulcanus"]

That is correct. I didn't notice until I went to add it to the Graug Hegemony manifest

Character Bio
Oke Doke, you should have a link that still holds the "approved" tag on it - you can link me it just for verification. @[member="Darth Vulcanus"]

Character Bio
Thanks love bug. With that #approved