Getting Back in the Swing of Things

Character Bio
So I've been gone for a few months, which sadly isn't atypical for me, and decided to come back a few days ago and now I'm looking to get into some action. I'm down for almost anything. But a little bit about my character. Noah is a thirty-nine year old former Republic Commando, Omega Pyre contractor and Alliance Special Forces, he is currently in semi-retirement on his home-planet of Coruscant, though he is known to bounce around any non-Imperial/Dark Sider territory so it's not unlike him to be on a different planet. He's slightly alcoholic and womanizing but has a heart of gold. So if this is your speed hit me up via PM or in here.

Character Bio
lets go and do something


there are things that need to explode real good 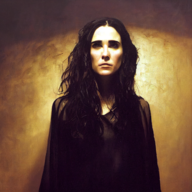 I have a boardwide event in the works. It should be live in a few weeks. Should be right up his alley 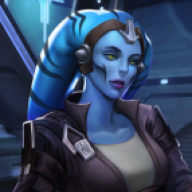 Looking to get into some interesting threading myself after a while of absence!
You must log in or register to reply here.

Getting back into the swing of things...

Back into the swing of things.

Trying to get back into the swing of things

Lost Jedi Trying to get back into the swing of things

Getting back in the game