For A More Perfect Union

Even in the dead of night, the pair of Thrysrian commandos was still careful with their steps as they crept slowly up the mountain path from cover to cover. It was a good habit to maintain, even if they didn’t expect patrols so far out from the Capital.

The moons were high, but with their reflec coated armor, the soft moonlight was absorbed and warped, allowing them to melt into their surroundings. While the path was rocky, the commandos didn’t make a single crunch.

“We’re here,” Archlay called out as they neared the peak of the small mountain. He took a knee, unbuckling his pack mounted launcher and gingerly setting it to his side. Ulon did the same, then stood at the edge of the cliff with electrobinoculars out.

He saw a house on the other side in the middle of an outlying suburb of the capital, matching the intelligence perfectly.

He handed the electrobinoculars back to Ulon and returned to his pack. He detached the launcher from the pack, then snapped on the targeting system on the naked tube. The sensitive computerized sensors were even better than the military grade electrobinoculars and offered full spectrum viewing options.

He trained his sights on the house kilometers away, tweaking the sensor settings until he could pick out bodies from beyond the walls, about two dozen humanoid shaped blobs in total.

“All the better, we need her off her game for this to work.”

Archlay rumbled his throat in agreement while he adjusted his stance and slowed his breathing. The homing missile needed no special aiming - it was already adjusting it course by reading the targeting readouts even before being launched - but out of habit he still treated it like he was handling his long gun.

Only a few seconds went past, but it seemed like an eternity, golden eyes tunneled in on that house behind his visor.

Finally, he squeezed the trigger, and the missile launched.

There was no loud bright backblast, only a low whoosh and a whine as the repulsor motors kicked in an propelled the missile. Right after clearing the mountain, it made a dead drop for the treeline, then skimmed right above the canopies on its way to its target.

Arclay didn’t bother following the path of the missile, already halfway to its target by the time he depressed his finger. He just kept his sight on the house.

A few moments later, and he saw a blip shoot through a window, then the house shred apart as shrapnel and antigravity waves ripped through the very foundations of the house. Debris and shockwaves exploded outward as the whole structure was pulverized to existence.

“By the Sun, look at that,” Ulon exclaimed. “I would have thought you just fired off a proton warhead.”

“Nope, worse. Much worse. Has to be - proton bombs would just be a snack for her.”

Archlay focused in on the large crater where the house used to exist, scanning for survivors. For the first time, the Thyrsian’s heart started pounding. Every assurance had been made that the specially developed fragmentation warhead would work, but that brought him small comfort.

He had fired the first shot against Spencer Varanin, and now he was expecting all hell to break loose, for him and Ulon to be vaporized right on the spot.

The aim hadn’t been to kill her, but he hoped he did. 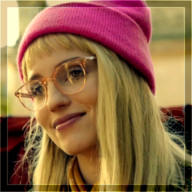 Character Bio
Everything was too quiet and Spencer looked around at the foot soldiers that were with her. There wasn’t many, but she had hoped that it was enough for whatever was coming. Spencer glanced out the window from the corner of where she was sitting. Nothing had happened for several hours and this made the woman uneasy. When wars and battles got quiet like this it meant that there were one of two things happening. Either the enemy had killed everyone and she was by herself with the troops. The other option was that they were planning something big that would lead into taking her out.

There was a heaviness in her stomach as she looked towards the girl that had stayed by her side. The young handmaiden was full of youth and didn’t belong here. Sighing heavily, Spencer leaned forward and rested a hand on the girl’s shoulder. “Iris, get out of here. You know where to go to be safe.” The girl looked as if she was going to refuse, Spencer quickly cut her off and poked her in the middle of her brow. Using the Force, she quickly convinced the loyal girl to run. There was no argument and Iris stood and left the room, the building through a passage way hidden. She was safe and gone, Spencer looked towards the others. “It’s too quiet, any movement?” Two guards shook their heads and Spencer sighed heavily.

The woman was tired and she knelt and closed her eyes to rest. The following happened so quickly, shouting was heard and Spencer felt a hand grab her. “What’s happening?!” She was thrown into the center of the guards who were armored. Cursing under her breath it was the one time she decided against her own set of armor. Pushing out with the Force she did her best to protect the group, but something was hidden with the warhead. A lovely present for the dear Spencer Jacobs. As the force barrier went up to protect the guards and herself, Spencer suddenly felt sharp needles starting to embed themselves into her flesh.

Almost instantly, the barrier began to weaken and the shockwave cut through the building cutting it down like a house of cards. Only by luck and sheer willpower was she able to protect herself enough that she wasn’t crushed by the rubble. The dust settled and Spencer coughed, gagging from the void stone shrapnel that was embedded into her skin. Her connection to the force weakened she laid there, holding onto whatever protection she had with the Force. It gave her enough time and strength to push off anything that threatened to crush her being. Cursing, she wanted to stand and find out who did this, but her desire to survive told her to remain laying there as she moved rubble to create a pocket for her to survive in.

Moments had passed and she began to feel weaker, her temper flaring and getting the best of her now. Crawling out of the small pocket, she stared at the dead bodies of her guard. She was alone and she thanked the Force she sent Iris away. The last thing she wanted to see was the girl dead. Spencer pulled herself up and she struggled to stand, falling to a knee she tried to keep her composure. Weakened and feeling her disconnect to the Force – she started to not feel so good…

[member="Pandora"]
You must log in or register to reply here.

The Misadventures of Xander & Selene (Part 1)

Private For a few credits more