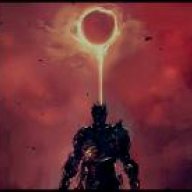 Character Bio
Admittedly, this will be the first time I've made one of these, it's currently 1:24 in the morning at the time of writing and I'm writing this after getting a football kicked into every single part of my body; which I think is an excellent time to write up a feedback thread on the character that I can firmly say has had the most 'development' out of all the ones I have in the barracks of misery as I like to call it on Chaos; if you don't know me, I typically like to write things with a typical darker tone, seeing as that's mostly what I'm interested in and get the most fulfillment out of nothing more than beating the living daylights out of my characters through both physical and mental trauma and the journey that can be undertaken. Perhaps a tad warped and weird to those who don't feel that particular vibe but alas, it's what I enjoy doing. As a friend once told me whilst we were discussing characters in an RP we were doing;

Regardless, I'd like to know what the forum thinks about the character I've created and developed over the course of my time upon the board; anything I could perhaps improve upon in writing style or anything with the character itself, I'd like to know. As of late I've been feeling rather solidified in writing the same old thing over and over which, admittedly makes sense for the character, being stuck in a position where killing and doctrine are pretty much second nature and have taken over everything else in that old noggin of his but, I do feel like there are some things I could potentially improve upon but I'd rather hear judgement from the fine ladies and gentlemen from the board itself. Maybe you like the character? Maybe you think he's a load of dog poop; I'd simply like to hear your thoughts, is all, good or bad.

I honestly feel like I'm trying to hit two birds with one stone, even if the topic prefix asks me to select one. Still, I've opened the floodgates, I look forward to reading the replies.

Character Bio
I suppose in response to Valiens Nantaris' recent status update and the fact that I found it difficult to write in a thread that isn't all about combat (and eventually decided to spin it around to write something I was far more comfortable with... Fightin') I figured that I should probably sharpen the specifics on what I decided to write up at roughly half 1 in the morning. I'm not only looking for some honest feedback in regards to my character and what I could potentially improve regarding him, I was also hoping to pick up some tips and hints in regards to tackling writing out a post about a topic that out of a particular comfort zone; for me that'd be non-combat threads and 'social' threads. Now of course the character isn't exactly made to be a happy, cheery chappy but it seems that whenever I try to go in for a social post, no matter what character, I find it difficult to pump out the same sort of quality as my combat posts. I was hoping that someone would have some sort of method on how to deal with it; even if it's simply to pimp slap me around the face and tell me that all I need is practice.
You must log in or register to reply here.