Alrighty guys so we’re amazingly close to staring our first IC thread for the Faction. Terax II is nearly done in the planet building section(Big thanks to Judah and Seroth for helping out there), and we’ll probably submit that today or tomorrow. Hagron’s World is also within reach, despite what the map might tell you, and both planets have a lot of cool opportunities for plots and development. That’s not all however, A Fallanassi Ambassador @[member="Nohemi Allaneh"] has contacted us and requested protection and assistance in relocation to our lands. It’s not in our land, but personally I can’t fault them for wanting protection, and I can’t fault anybody for wanting to settle in our lands. Nor can I really turn down a call for help. I’d advise each of you do your own research, but lemme give you a quick rundown of each of our opportunities.

Terax II
-Will be our primary source of Lightsaber Crystals for a while due to their rampant Krayt Dragon population. A dominion would likely be humanitarian in nature, I personally envision us setting up some walls/barriers(I might just submit Wall Maria to the Factory), setting up some water vaporators, trying to mediate between the different species convoys, assert to the primitive culture we mean them no harm, and then maybe have some guys defend the convoys and our landing sites from attacking Krayt Dragons. (Potential) Pros include general humanitarianism opportunities, lots of combat action without having to fight sentients, and general coolness factor of Krayt Dragon filled desert world.

Hagron’s World
-Has some awesome natural resources in Desh, Maranium, and Terenthium, especially for building Droids(I see wat you did thar). The system is filled with Kravaaki, which is cool in and of itself, but the most interesting thing(IMO) is their system of government. They’re a democracy, not a Representative Democracy like say, the United States, but a true democracy. When governmental issues are put to vote the entire planet can vote and debate the pros and cons of issues in realtime through the holonet. Potential plot ideas include dealing with some xenophobia(as they’ve haven’t seen non-krevaaki in about 400 years), starting and getting a vote going on concerning whether or not to allow the planet to be protected by the Sanctum, convincing voters to vote in our favor whether through physical or digital interaction, potentially rooting out hackers who wish to skew the vote in their favor. Sets up to be a nearly entirely peaceful dominion, with a focus on Political Drama(and not the kind of BS political Drama we’re used to OOC).

Pydyr
-Would(If I understand Nohemi correctly) start with an IC request for help, lead to us taking some ships to Pydyr, escorting them to a new world(Jon suggested one of Kyrikal’s moons, and I’m inclined to agree, but where they go exactly doesn’t need to be decided now), helping them set up a new colony and putting up some communications so they can contact us if they have any issues. Having a Fallanassi colony would be pretty cool IMO, and as it wouldn’t be a dominion we wouldn’t have to stress about post count and we could just go as far or as short as we liked(provided we go through the plot of course). Unlike Terax and Hagron’s world however, Almania is in reach of the Republic and the Mandalorians, and could get swallowed if either one wants to do a dominion of a few different places, so this one does have a bit of soft time limit in how long we can do it without Mandalorians or Pubbies coming into our thread or viewing our action as an opposition.

Personally, I love them all, and I hope we do them all, it’s just a matter of when and how. I’m in favor of Pydyr first due to the afore mentioned mandos and pubbies, but ultimately this your guy’s faction as well as it is mine, and I don’t want to rule as Faction Owner with an iron fist. Everyone gets a choice, everyone gets a vote, and we’ll head out to the flow of whatever we want to do. So let’s get out and do it

Character Bio
I am excited for this! I'd be more than happy to start an IC request for aide! With the Republic going warmonger through current events, she is most certainly concerned over the fate of her people. Just say when
<p class='bbc_center'><a href='http://s886.photobucket.com/user/ticirahawk/media/Sigs%20and%20avies/Nohemi.png.html' class='bbc_url' title='External link' rel='nofollow external'> 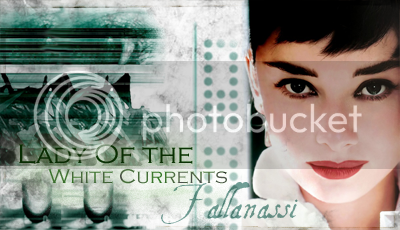 Character Bio
This will certainly be an interesting experience.

Damn, but I'd say, for the expediency of time? We may have to begin evacuations at Pydyr.

Character Bio
I vote Pydyr as our first choice. Don't want the Republic or Mandalorians to get their hands on them.

Character Bio
I am most excited for this. Theres much development to be made icly. Plus krayt dragons. KRAYT DRAGONS! *cough* I mean I will be more happy to be the ambassadors aide. *cough*
Sigil of Hope​
Increased Body Mass/Eye-implant/Lung Implant/Bone echancement/Heart Impant/Blood ehancement/Muscle enchancement/Armor/Shielding​

Character Bio
Pydyr first, as we can work the others in easier IMO

Character Bio
Wait, are we doing a regular faction thread for the relocation of the Fallanassi or is it going to be a dominion? Just for clarification so I know what kind of thread to post.
<p class='bbc_center'><a href='http://s886.photobucket.com/user/ticirahawk/media/Sigs%20and%20avies/Nohemi.png.html' class='bbc_url' title='External link' rel='nofollow external'>

It would be an ordinary Faction Thread, not a Dominion.

Character Bio
@[member="Jaxton Ravos"] Do you have access to the White Current?

Character Bio
Jaxton actually knows very, very little of the White Current, having been taught by Ember Rekali. He can do little more but hide his Force Signature and detect others who use the White Current, but he does have a little skill with it.

Character Bio
I'll join the Pydyr thread later on, and maybe I'll even bring along a certain @[member="Asha Seren"]. :3