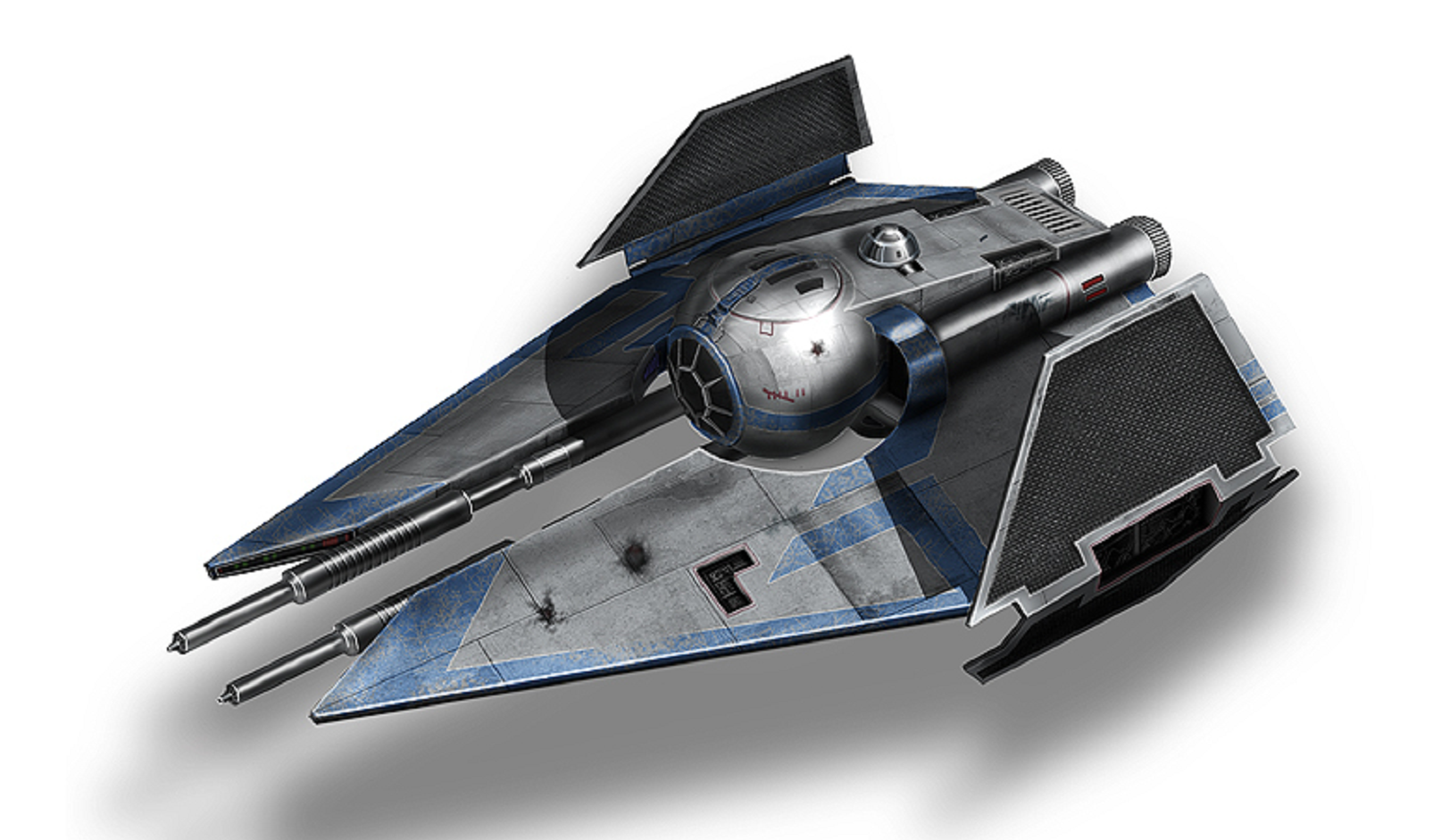 modified version of http://s27.photobucket.com/user/Dronetto/media/-5_07.jpg.html
[SIZE=10pt]Intent:[/SIZE][SIZE=10pt] To develop a light fighter for the Sith Empire, capable of being utilized in both the interceptor and space superiority roles.
Development Thread: N/A
Manufacturer: Subach-Innes/Seinar Fleet Systems
Model: Light Fighter
Affiliation: Sith Empire
Modularity: Yes
Production: Mass-Produced
Material: Quadanium alloy
Description: Another vessel retrieved from [/SIZE]the scrapyards of Raxus Prime was an Eta-2 Actis-class light interceptor, of the type used by Jedi centuries ago. This too was dissected, in order to create a light fighter the Sith Empire could utilize themselves. The result was the TIE-looking "Eta-66" light fighter, direct descendent of the Eta-2, masterful meshing of TIE technology with that of the Jedi starfighter, and a direct opponent to the Eta-6 starfighter used by the Jedi.

This looks pretty balanced, however, this section right here


[SIZE=10pt]Another vessel retrieved from [/SIZE]the scrapyards of Raxus Prime was an Eta-2 Actis-class light interceptor, of the type used by Jedi centuries ago. This too was dissected, the Jedi having already developed a derivative of the design based off of original KDY technology, in order to create a light fighter the Empire could utilize themselves.
Click to expand...

I'd suggest rewording this a bit as a quick glance will make it confusing. Perhaps relocate the bit about the ETA-6 to the first sentence.

is a tad structurally weaker than the Eta-6, though it can last longer on the battlefield
Click to expand...

I would like some more description here. How is it weaker in structure than the Eta-6? Does it fall apart easier, weaker to laser hits etc. Also, how can it last longer on the battlefield? Is this a reference to consumables? Some clarification here would do you well.

Based on the balance and simple nature of this fighter I give this my stamp, awaiting approval from a judge.

Character Bio
I'd like Heavy Laser Cannons to be edited to Laser Cannons, and some sort of artist's Accredit @[member="Circe Savan"], and then this should be done.

Character Bio
Edited that... Image is a modified version of this image: http://s27.photobucket.com/user/Dronetto/media/-5_07.jpg.html

Character Bio
Could you put that in the original post please @[member="Circe Savan"]?