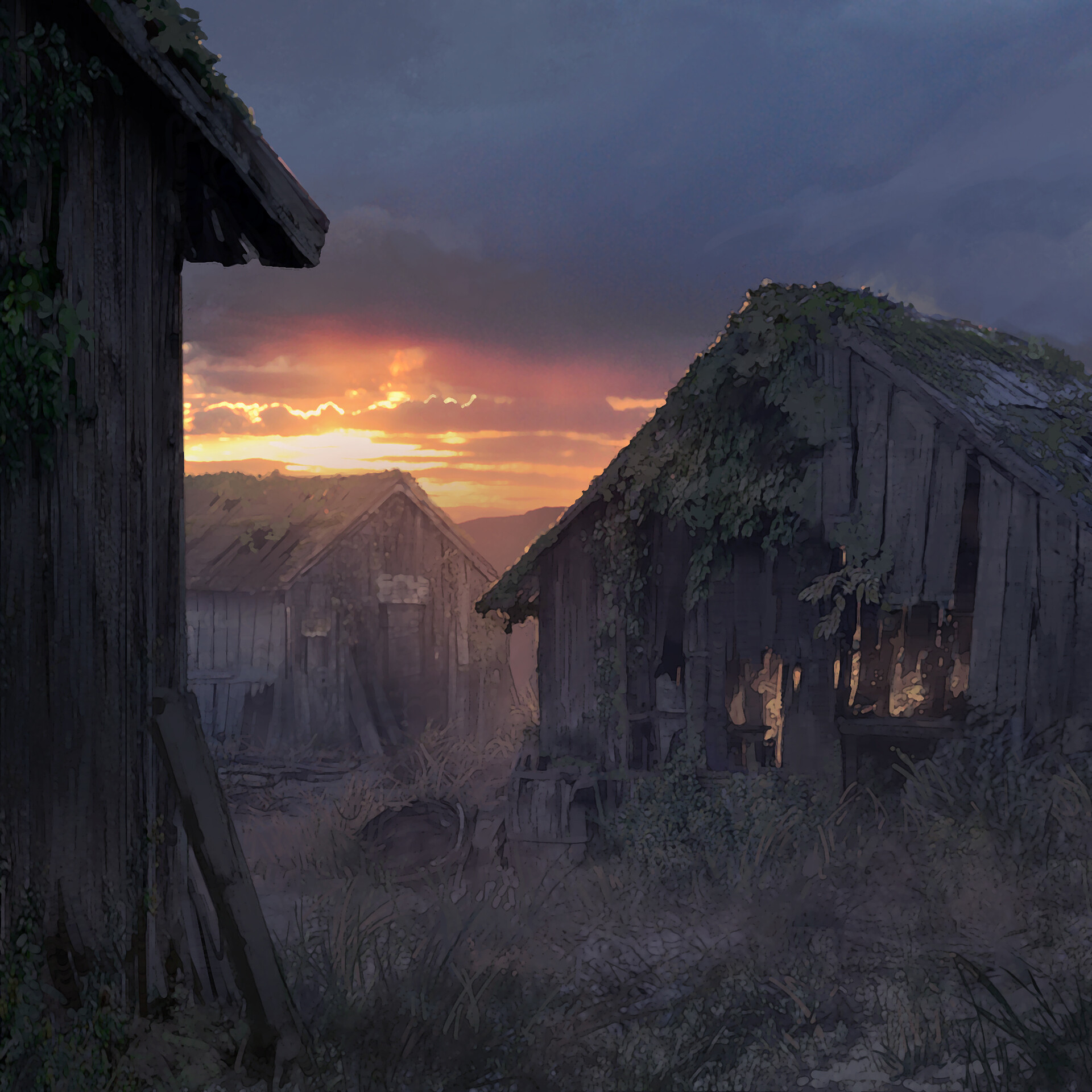 The Shacks​
One of the few visible signs of colonization on the planet, the shacks are the remnants of some forgotten few who had found their way to the planet. The series of shacks are strangely aged, with each shack showing a clearer state of decay than the last until you find the final shack which seems in pristine condition. Around The Shacks are the only few trees and long grasses found on the planet, but they seem weak, browning, slowly getting choked out by the dull green moss that covers most of the planet's surface. The boards that form these shacks are alien, not from the trees surrounding the shacks and not from any known tree species. On each board is written a name, and a hand carved story of someone finding these shacks, and settling here, always describing moving into the newest shack with each new colonist finding an empty colony and a new shack in pristine condition with the number of shacks steadily growing. Each story ends, usually happily, but also with the death of the occupant in a variety of ways. It is silent here, no life other than the plants which refuse to move in the wind. 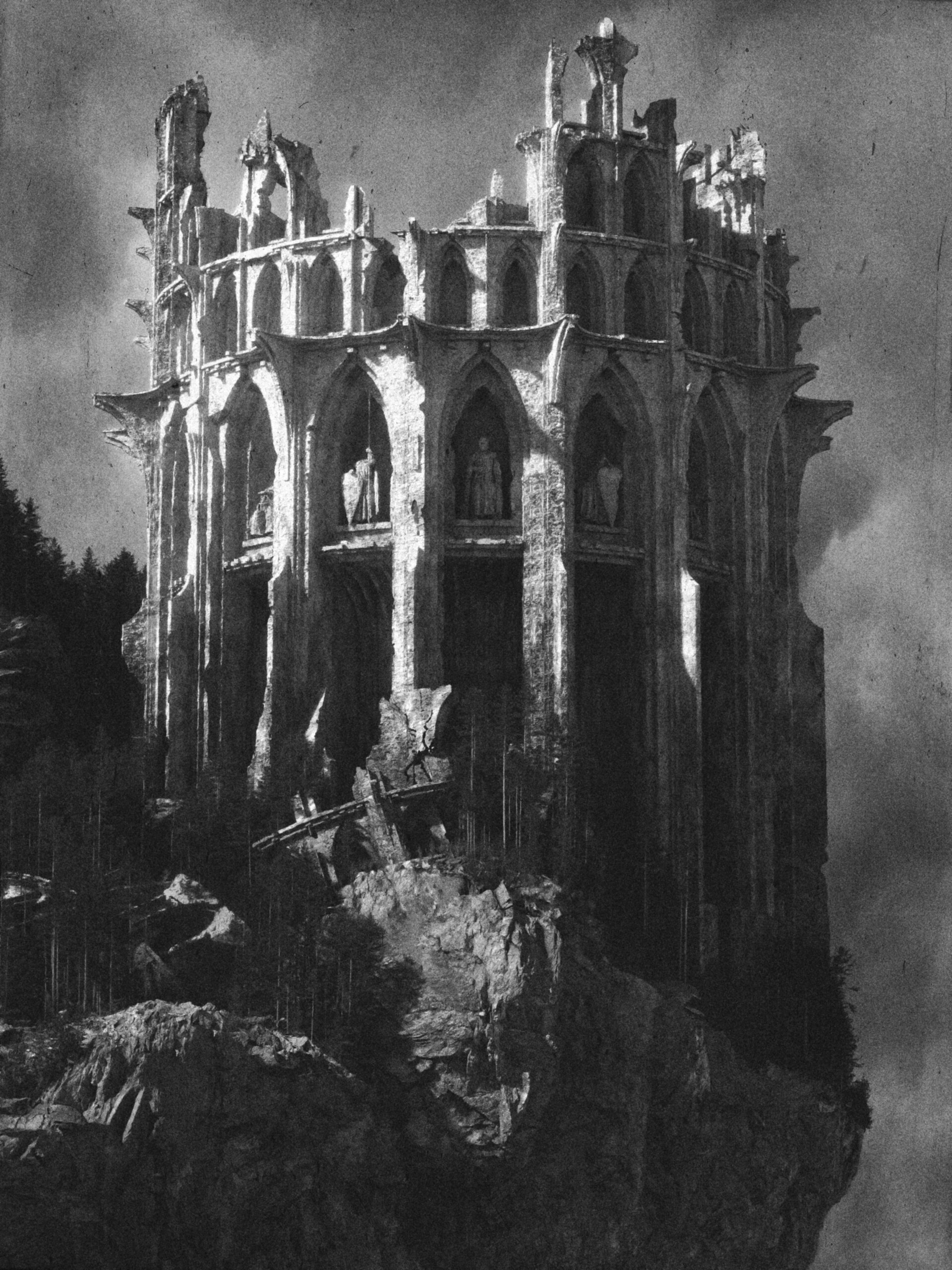 The Tower
​
The tower is the remnants of a light sided knightly order that had founded the tower and lived here seemingly for thousands of years. The tower served as a medical center, warriors fighting an unspeakable evil brought back to the tower to heal and be healed by the unique attributes of the planet. The tower is filled with the rusted hilts of light sabers, missing their crystals. Thick dust permeates the air and every surface of the tower, especially the few fossilized skeletons of some humanoid species scattered about the tower. The only sign of life are the blinking terminals scattered around the tower, connected by a digital network, recording everything that has happened in the tower including the activities of who ever reads this information from them. The superstructure has been dated to be seventeen years old. The terminals insist otherwise. 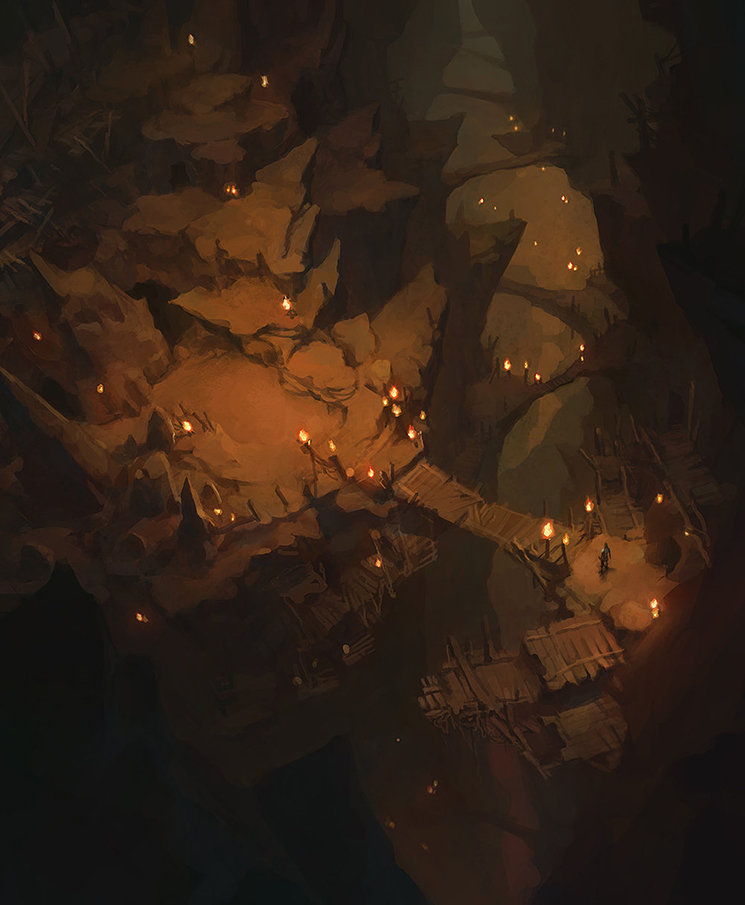 The Caves​
The Caves are a series of hollowed out crevices in the rock that flow like rivers across and through the planet. Some are heavily lit, torches scattered about. Some propped up, some abandoned by the walls, a few hanging by an invisible thread as if held aloft by an unseen being. Others are Empty, giving the illusion that the viewer is the first to tread foot here in this place that watches them like a hawk in the out of reach void at the tip of where their lights reach the black wall of darkness that permeates this planets depths. These caves show signs of constant habitation. Cooking food, footsteps always out of reach, small homely huts which belong on the surface under an apple tree out of place with dead grass growing around them in a constant show of the strange necromantic energy slithering from the core of the planet 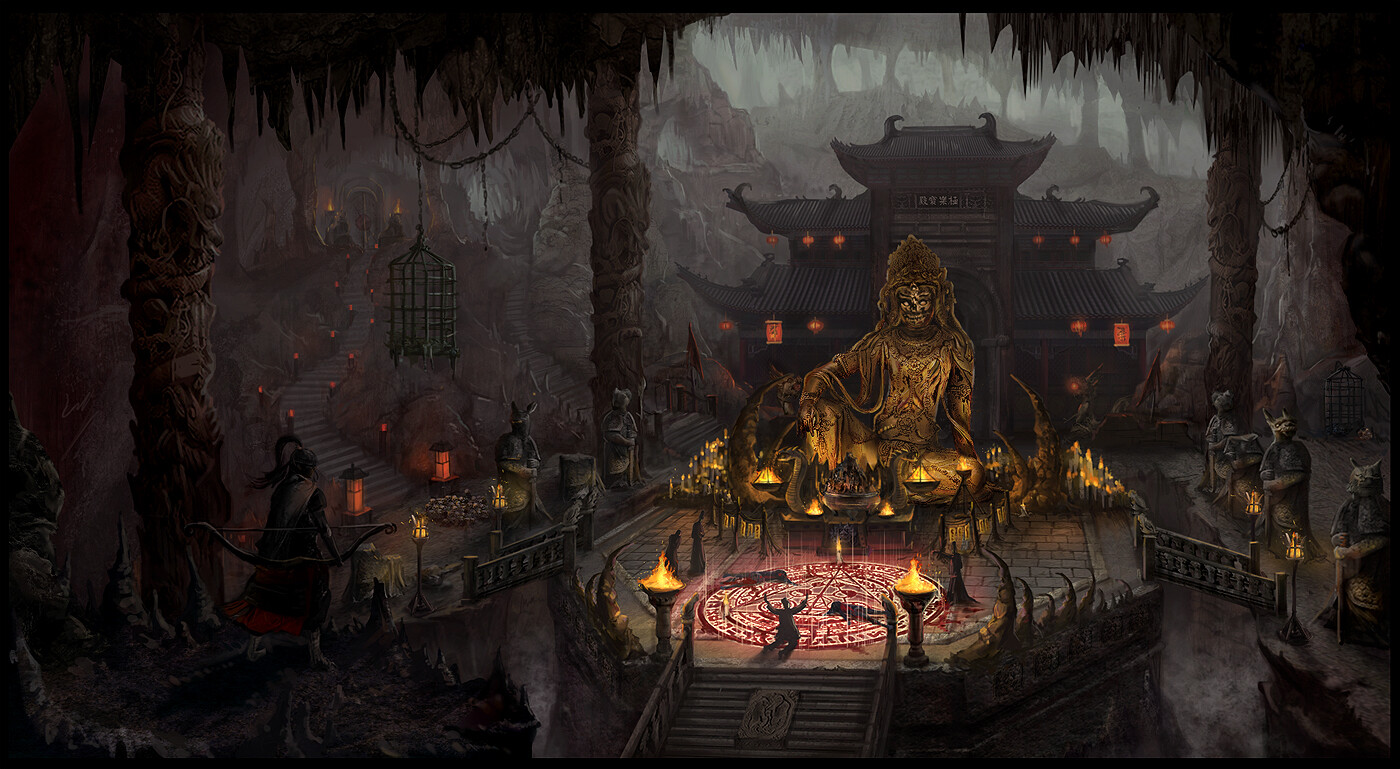 The Temple​
The Temple is the remnants of a long forgotten dark side cult, a golden statue of what was once a sith lord situated in the center. Signs of dark ceremonies to call upon dark magicks splatter the floor, with scrolls written in sith housed in the main temple building explaining the force and many of the spells practiced by those who once lived here. Every traveler will find the Temple, somehow. No matter where you start on your journey downwards you will find it. And its one simple message. At the far end of the cavern hosting the temple is an opening, a staircase leading downwards. Around this opening are barbs, petrified skulls, spikes, red/black paint colorations along with yellow/black stripes, countless warning symbols from countless cultures cover the wall surrounding the hole. On the path leading to this hole there are one hundred stone signs, each a square, three meters by three meters in size. Each tablet has the same message written on it, in one hundred different languages most of which are known but some a mystery. The message, when read, is simple:


"We Are Going To Tell You What Lies Underground,
Why You Should Not Disturb This Place,
And What May Happen If You Do.

This Site Is Known As The Deep, And It Was Discovered
Before History Was Written.

We Believe We Have An Obligation To Protect Future Generations
From The Hazards Discovered Below.

This Message Is A Warning About Danger.

We Urge You Not To Enter The Planet's Mouth."

But Those who stay for too long feel a simple need, a phrase in the back of their skull:
Please Come Deeper

The Depths​
The Depths, The Deep, The Great Black. Eventually as you travel down you no longer find torches, no signs of habitation, no dead grass growing. Instead you just find.. rock. The intense feeling in your chest to breath as you gasp in a seeming void, the pain of hunger but the inability to eat, the complete drowsiness of staying up far too long and the inability to sleep. Inside the walls of the caves are living creatures, living sapient beings, their words, laughter, and jovial attitude can be heard if you listen close enough. Encased in rock, having fallen and stayed still for an eternity as the rock enveloped them as water shifted to dig new tunnels and the old were filled with mud, dust, cave ins, and water. They exist happily. Humans, Hutt, Zabrak, a host of species known and not known laughing, dreaming, living an impossibly delightful life in a space so small and pressed against them they cannot move at all but kept alive by the planet and its life giving properties. Occasionally you will find one of these lucky few only half submerged, and they will beg you to join them. To sit, just for a little while, to satiate the planet's loneliness as it brings you into its warm embrace. They lash out at you, trying to grab your clothes, pull you into the stone and try to hold you there for an eternity or convince you to do so willingly.

You notice the cave has writing, gibberish in a thousand languages carved into the walls of the cave naturally by the flowing water from the surface thousands of meters above you. The writing speaks of love, of loving you, of hating you, of wanting to embrace.. you.

The history of this world is.. simple. Many have tried to colonize it. Empires, force orders, cults. But all leave, or gladly travel into The Depths. The first serious attempt at settlement came from a sect of refugee Jedi, fleeing from conflict back in the core to this far off uncharted
Last edited: Feb 23, 2021

There is a lot of really good work here so far. Since this is a planet there will be a secondary review before this will be fully approved.

There are a couple of things before passing this up that we need to look at.

Unexploited Resources | Since this planet will be on the map, there others may want to use the planet as setting for roleplay. As such you do need to list what the unexploited resources are. I understand the desire to figure this out as you go, but since this is a planet we still need that OOC listing here. How you approach it IC is completely up to you.

Barren but Not Barren Planet | This planet reads like a barren planet, but there is a lot of history as well. There are abandoned buildings and ruins here which tells me there are stories that have taken place. While an unpopulated planet on the map is possible, you are going to have to significantly expand on the history in such a way that justifies it.

As such, I would recommend talking about who tried to settle the planet. When did they try, how and why did they disappear? Talk about who built the structures you have listed as major locations. The biggest thing here is that you do need justify this heavily since most of the fields are left empty.

If you have any questions please let me know.

Would we be able to archive this instead?

Montiie absolutely since codex is 100% optional. Before I do I want to confirm that is what you would like me to do.

Yup I'm 100% sure. It was a fun idea after watching some horror introspectives but now it's not something I can really see using or developing further.

Archiving per OP request. If you do wish to have this submission brought back to live judgement or moved to pre-codex later for further work you may do by requesting it in the Submission Modification Request Forum.