​Nacelle was designed so that organics couldn't travel there. That was why the city was practical left untouched, almost solely inhabited by mechanical beings, droids and various forms. Everything from astromechs to assassin droids lived in Nacelle. Most humans didn't dare to trespass for fear of retaliation.

​In the years since its discovery, the native populace of droids had become more violent and wary of organics. Recent events gave them good reasons; a short skirmish in the skies of Sprocket lead to the crashing of the Rumineer. ​A slaver ship carrying nearly a hundred Dravalan souls, shot down by a what appeared to be a passing ship.

​The Rumineer crashed in the centre of Nacelle, destroying multiple buildings in its wake and causing an small skirmish to break out around the ships crash site. The slavers didn't know who shot them down, but they assumed everything that wasn't them was hostile. Thusly, so did the droids within the city. Their AA-Guns opened fire on the Valkyrie as it attempted to land in Nacelle, forcing them to land outside the range of their weapons. Moving in on foot was the only option.

​Tathra opened the cargo bay ramp of the Valkryie, allowing it to extend downward as the Mutant, accompanied by his Promethean Guard exited the ship. Tathra was the first to have his feet planted firmly on Sprockets soil, his massive form stretching as he took in the fresh air.

​"Keep your senses sharp Prometheans. I sense we are not alone, we are contested for our people Neviere." ​Tathra's gaze moved to Neviere, a Dravalan hybrid such as himself and loyal member of his Guard. She sensed it too, no doubt. There were many factors at play. ​"Cha'jen. Find us a way inside."

​The Cathar nodded, using the force to cloak himself as he disappeared in the direction of the city.
​"We make our approach with cautioned haste, I must thank whomever shot down the Rumineer. This has become, amusing."

She of the Trillion Thorns 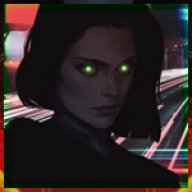 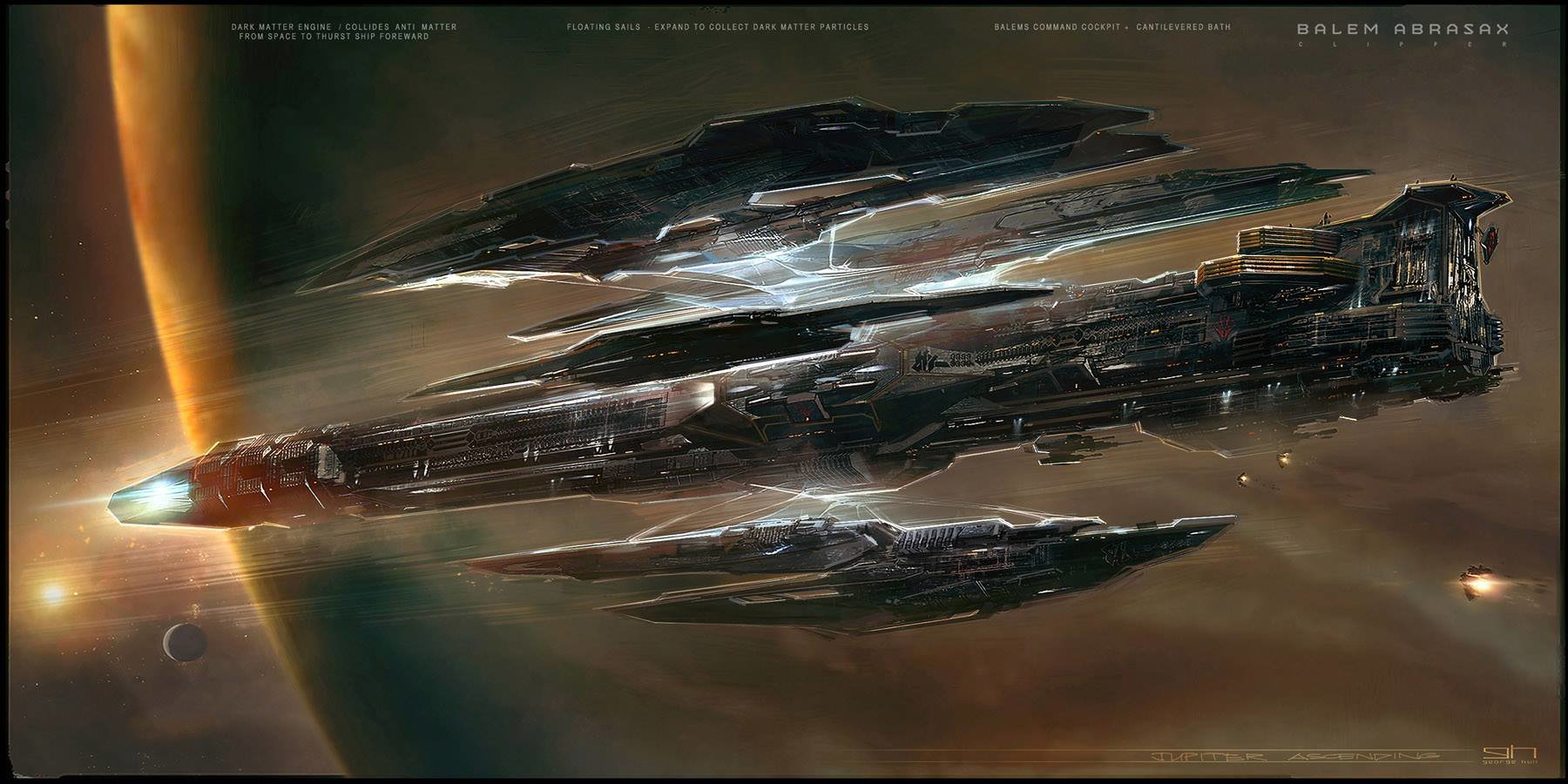 ​
G̵̨̮̙e̸̱t̰̯̹ ̸̩͔͙͍̩̻́m̴̢̛̳̖̥̖̭e͏̢̹̪͙͙̜̜̻͕̩͟ ̱̖̠̙̗̫o̺̗̤͎̝ͅn̷̳͚̼̠̱͈͚͟ͅͅ ̼̦̘̬͖̮̜̜͟͝t̵̙̺͖̞͕̘h̗̫̯̫̗̳̣̖̰̕ę̦̥̜͖̯͠ ̟͍̜͚̻̺̫͓̩g̴͖͉͈͈r͏̞̰̝̭̜͖͔ò̶͏̩̮͈͚u͏͙̲̻̪̥̠͟n̶͚͉̣̳̗d͝҉͚͖͇.̙̝̪̺̹͓̥​
​
​
​
"Aye, Captain."​
​
The dropship landed somewhere along the outskirts of Nacelle, its cockpit filled with the droning voice of Kiin from Harrowbane command as he informed the crew as to the nature of the planet and the whereabouts of their quarry. This would not be a simple crash and dash, as they were want to do. A veritable hive of droidecha awaited their next move, ready to put the Pirate crew off their target.

It did not deter them in the least.

The Captain disembarked, gaze of angry acid peering out from behind a cowl and rebreather mask. A horizon of metal spires met the gaze of the crew as they followed at her heels, each one of them geared for battle against the citizens of Nacelle. Each one of them knew their small team would not be enough against the massive numbers of droidecha here, but it was a challenge difficult to pass up.


Ḱ̨̦̻̺̲̱͕̖̱͇͞i̘͉̤̞͠ͅi̸̴͚͡n̶̖̺̱͈̺͟͝.̵̱̯̤̠́​
​
​
​
"Captain?"​
​
C̨͈̝͝a̷̘̟͔̻̬̹̜̘l̴̳͍̣͚͔͝ḻ̖̞͚̭͠ͅ ̨̹͈͎̲͕͓̬͓i͏͚̳̙̦̝̰ṋ̷͙̻̠̻̹̀̀ ̴̨͇ͅt͏͚͔̹̫̦͡ͅh̭̮͖̟͘e̯͢͞ ̮͓̜̦̮͝f̠͓͔̩͙̣͖͜l͍̟̫̞̥e̘͓̱̕͡ę̻̼̞̣̩t̨̡̛̩̰̳͎.̸̧̛̯̳̤​
​
​
​
"It will be done."​
​
The Captain's gauntlet curled around the hilt of the Truesword hanging within its sheath at her right hip. Though the planet had little to offer in way of lifeblood aside from an abundance of slaves, she detected a hint of something on the winds. Too early to say what.

"I'll take point, Captain," the redskinned Dathomirian, Ihmoen, stepped forward, "Kiin has forwarded me coordinates to the crash site and initial scans of the city layout. They're about twelve cliks southeast of our current position in what appears to be an industrial district. Population should be less dense, but no telling what sort of defences they'll have."


A̶̝̲̫̣͡t̵̩̙̪͟ ̙͓͓̖̦̹̀͘y̡̝̟̞o҉̴͙̟̹͝u͟͞҉͈̝̯̣͖̩̗r̴͍͈̗͚͎̯̙̤ͅ ̨͇͍͘͡l̰͉̣̤̬e̳̲͙͚a̫͖̮͖͎̦v͇̺̖̤̝e҉̛̝̘͈̜͉.̴͚̭̮̙̲​
​
​
​
Without another word the group set off, their path running parallel to that of [member="Tathra Khaeus"] and his own crew, soon to collide with the first wave of perimeter security.

Character Bio
​It hadn't been too long until Cha'jen returned, data in hand as he reappeared, his cloak buzzling as it dissipated; like his flesh had suddenly reappeared particle by particle. His orange form was well hidden under his armour, his form looked bustling and unrecognisable from a traditional Cathar. But, that was very much the nature of every member of the Promethean Guard. Warped, and powerful.

​The trio of Prometheans quickly followed Cha'jen, Tathra following quickly behind. Seimar stopped, raising his wrist as a small hologram of a ship landing adjacent to them, and closer to the crash-site. They were approximately fifteen clicks out from the crash-site. However, a smaller team would no doubt move faster.

​In fact, it was most likely that a larger force responsible for the crash would indeed; draw more attention than a small five man team. ​​"Khaeus, the ship responsible for the Rumineer's crash has sent a small force towards the city, parallel to our own. Neveire and I could-"

​The mutant shook his head, moving ahead of his Promethean Guard as he took his War-Hammer from his back; ready for combat. ​"No, we stay together Seimar. We do not know, what lies within." ​Seimar resigned his point, bowing slightly to Tathra as he turned to observe him. ​​​"How much further Cha'jen?" ​Neviere asked, her gallant and elegant; moving almost as if her curves spoke; slyly between the other Prometheans.

​​"Down this trench, there's an old railway entrance, its huge. Leads under a droid factory in the city marketplace." ​Kabel was the first to move, sliding down the trench to a small leap and thud, landing with axe in hand as he moved up towards the large metal gate covering the railway entrance. Tatrha leapt, landing with a splintering crunch from above as his legs absorbed all of the fall with as little as a flinch of recognition.

​The mutant placed his War-hammer on his back, bending down as he placed both hands in two of the holes of the old archaic gate. He strained for a moment, raising the massive metal gate; pushing it upward and then thrusting; throwing it up and clogging it in its gears.

She of the Trillion Thorns

Character Bio
The Black Hand remained above ground, moving quickly across the open terrain. EMP blasts allowed them to clear small areas, gaining them access through a lightly guarded checkpoint without drawing too much attention. Wouldn't be able to use that trick too many more times, though, their supply was limited.

"This seems strange..." Ihmoen commented as the group filed into a narrow alley between two buildings, "it's far too quiet. We should have been met with more resistance than that."

Blackthorne paused, attempting to understand the garbled transmission coming through on the comm but it ended abruptly. Static and all.

They pressed on down the alley, winding through a labyrinth of back halls between buildings until Ihmoen lead them out into an open square. There at the center stood a small metal orbalisk, a faint yellow light emitting from its central coils and rising intermittently towards the point. After sparing a moment to give it a cursory glance, the silence of the square broke with the clatter of gears and metal.


Hands up.​
Drop your weapons. ​
Blackthorne didn't see who fired first, but it hardly mattered. The square broke out into a hail of blaster fire like a summer rainstorm after a long, hot day.
You must log in or register to reply here.