weaknesses:
-Once he loses his temper he no longer thinks carefully about his actions
-When in a good mood he is overly friendly
-To merciful toward others
-When he is pushed to much he becomes overly aggressive
-Hates having to fly a ship

APPEARANCE:
Dovinus is a green skinned, amber eyes mirialan who can rarely be found without a wide grin on his face. His physique is lean and muscular although he appears quite lanky and thin, which often leads to people underestimating his physical strength. Dovinus's hair is extremely thick, dark and wild looking and his eyes are a natural amberish yellow. The golden hue of his eyes however is not caused by darkside corruption, but is simply a trait common in mirialans.

Tattoos:
Like most mirialans Dovinus bears tattoos on his face and body that symbolize a significant event in their lives. Most of Dovinus's markings are shaped in a triangular fashion, almost resembling a downward pointing arrowhead. The two triangles in the center of his forehead were the tattoo's he received after being born and represent his birthday, and the fact he is the second child born to that family (hence the reason there are two rather than one). The arrow shapes under his eyes are the first tattoos he ever gave himself. Dovinus inked them at the age of six; when he first joined the Sith Order. It is slightly messy and not as perfect at his first ones, but it was still pretty even. The fact there is the shapes are apart from one another, with one on each side of his face, symbolizes him being 'separated' from his family. The thin lines along the side of his nose that line the bridge were done when he was fourteen, each slash is meant to portray the day he received his two lightsabers. The cluster of small diamonds and triangles on his chin is a embodiment of his 'power' gained as a sith. Each tiny mark stands for one small achievement, such as first kill, first battle, etc. Also along his body he has several other tattoos of numerous different shapes where he has gotten wounded in the past.

Aaideen Zewki was the second child born to Daaris and Yamgri Zewki, a pair of smugglers who hand spent their lives jumping from being rich to poor and back again. The main flow of cash used to support the growing family came from Daaris illegally transporting spice from the Outer Rim to both the Republic and the Empire, the Zewki clan never really settled anywhere. Most of Aaideen's early life took place on the smuggling ship that also played the part of the family home, playing under the captain's's chair with his older sister Aleza. Aaideen showed signs of being force sensitive at an early age, the first red flag for his parents being that he could make his toy wookie 'fly' when he couldn't sleep. The behavior was encouraged, and Yamgri often spoke of sending Aaideen away to be a jedi in hopes he'd avoid living a criminal's life like is parents. One day when Aadieen was still very young Daaris was hired to deliver a shipment of weaponry to a crime lord who was waiting for it on Corellia. Halfway through the journey the vessel was hijacked by pirates that been tipped off that Daaris was taking the supplies on that particular root. Threatening to kill Aleza and Aaideen if Daaris didn't hand the weapons over, the father of two had no choice but to let them take the loot in exchange for his beloved children's safety.

After that incident, the Zewki family seemed to be haunted with bad luck. Daaris's reputation as a smuggler as ruined and credits became scarce. The crime lord that had hired was furious and demanded compensation for his lost shipment, either in credits or Daaris's life. Daaris and Yamgri just had enough to pay him the credits he had lost, and they reluctantly handed over every cent they had saved so he'd let the mirialan smuggler live. Poor and jobless once again, Daaris and Yamgri were running out of credits fast. No one would hire the mirialan anymore nor give him a chance to redeem himself. The next three years of Aaideen was exposed to the evils of poverty and the cruelity of others. The family were forced to sell their beloved family ship that had been their home for as long as Aaideen could remember. With barely enough credits to feed themselves the family was left abandoned in imperial space while Daaris left to find other work, sending what ever he earned back to his wife and children.

When Aaideen was six years old he was found playing in the streets by a traveling Sith lord, who had developed an interest in the boy. The dirty and skinny mirialan had been playing 'soldier' with a few other poor alien children when one of them made a wise crack about his mother, implying she was working as a prostitute. Although young Aaideen didn't understand the meaning of the accusation, he didn't miss the aggressive tone. Even though the mirialan child demanded the other boy stop, the insults kept coming. Growing enraged and frustrated Aaideen thrust his open palm at the boy and sent him flying into a wall. Frightened the other children fled the seen as Aaideen stood in shock, tears welding up in his eyes. The Sith took the opportunity to speak to the weeping boy, telling him what he did was alright and that he was extremely gifted. Surprised by the stranger Aaideen sat and talked with the sith for a while, before the sith asked to talk to his parents. Being a young and naive child Aaideen agreed and led him back to the shack the family now called their home.

Yamgri knew exactly what the stranger was as soon as she laid her eyes on the Sith, panicking when she figured out what the Sith was there for. She begged the Sith not to take her boy, pleading to just leave them be. The sith of course would have nothing of it, and convinced her that Aaideen would never go without again when he left for korriban. Yamgri realized there was no way to avoid what was coming; her youngest child was going to be taken away from her. Finally the sith got her way and took Aaideen away, pulling him along as he cried for his mother. The sith told him his family no longer wanted him, and that they had sold him to her...those words broke the little boy's heart.

The Sith, who Aaideen later learnt name was Darth Minua, a human woman who did not have a apprentice. Minua took Aaideen as a son and treated him as such, raising him on Dromund Kaas. She convinced him that his family had been awful to him and that his mother was so desperate for credits that she sold him to her. Minua manipulated the boy into loathing his origins, planting the first seed of hate in him that would eventually support his strength as a sith. Minua gave the boy a new name, no longer called Aaideen Zewki, but Dovinus, with no family name. Minua told him he didn't need a last name, that it was him and him alone that would make him great, not his bloodline. The woman put him through intense telepathic lessons and brutal physical training as soon as he arrived on her home planet, Minua was determined to groom him to be the perfect Sith before she sent him off to the academy on Korriban. She'd be praised for finding such a talent and preparing him to be unstoppable...and only loyal to his adoptive 'mother'. As time pasted memories of Dovinus's family faded and were replaced by the lies he had been spoon feed. Although he was shaped into a darkside force user, He had developed some interesting traits. Although the boy had endured harsh training, he was extremely playful and happy child...as well as appearing extremely friendly to the outside world.

When he was eight he finally was able to go to Korriban, something he had been aspiring to do since the moment he stepped on Dromund Kaas. With the help of darth Minua's discipline Dovinus excelled much to the Sith's surprise, since the boy had literally jumped out of the shuttle in excitement when he arrived with a wide grin on his face, while the others looked like they were going to prison.

As the years at the academy flew by, Dovinus had grown into a lippy, smug Sith apprentice with a devilish smile and a talent for chaos. 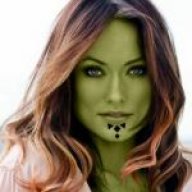 Character Bio
I really like what you've done in the appearance section. The tattoos are awesome!!!

Thank you so much!