Domesticating the Forces of Chaos

The battle of Chandrila was a tough one, though he was there by accident, it was not a total waste of his time. In the course of the battle he was able to capture an array of Sith Spawn that were sedated and placed in Geno Cylinders of his personal design. He was a geneticist and spend the whole trip looking into the genetic structure, and with all the medical equipment he had with him after being the medical doctor of the Mand'alor he had enough to work on a normal creature. This however, these monsters were of a whole different type and breed then what he could comprehend. He was able to work on several different genetic markers that showed they were attuned to some level of the so called Force. Their DNA was completely rewritten though, and he could not figure our what they were even before they where mutated. These creatures were outside his knowledge and understanding.

As they were of no value to the UTC or its economic growth, the Moff ordered the beast in containment be delivered to the Vong that joined the Science Department. Jaster had worked with a few Vongs before, and as such he would offer assistance. But it would mostly be [member="Elafuh Thaal"] and [member="Zeir Atona"] who would be working on them. They were both Shapers and as such they had a totally different level of understanding of Biology then even he could.

The Grand Moff walked into the Lab, Zeir was following him and over 30 cylinders full of Wyverns, Cobras, Ravagers, Festerers, Behemoths, Blighters, Rupturers, and Horde Mothers were brought in as well behind them. These would be their test subjects, along with over 100 dead caucuses his troopers had killed. They were placed in Bacta and Kolto Vats to prevent them from decaying in the hold, and becoming useless to the Vong. Jaster was unaware of how or what was useful to the Vong, but he brought all he could.

"Elafuh, its Jaster," He yell out as he walked into her lab, "I have brought the bugs I told you about, where do you want the damned things?" 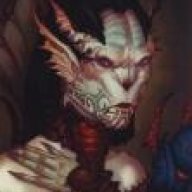 Character Bio
While she was more comfortable in a purely organic tech based environment she would have to learn to adapt, Modify and combine what she needed for her work, Her Amphistaff coiled and slid around her arm for a moment as it slid off to do what ever it wished to do as she continued going over data and various other projects she had in mind until she eard the voice of [member="Jaster of Clan Awaud"] that he brought the Bug's he had told her about, Finally something he and another shaper [member="Zeir Atona"] can work on and create them into beasts of war he was asking where she would like to put them and she walked over to see the large amounts of live and dead preserved beasts from the upper level. She spoke in a calm tone to respond to him Put them over next to the east wall. Was all she said as she went to prepare her tools for studying and shaping.

Character Bio
Jaster had worked with Vong before, they had been one of the few species he liked in the galaxy. [member="Elafuh Thaal"] was no exception, she was a genius when it came to the biologic transformation of other species. However, he was a little ashaimed he was not able to take these beast and get them to modify and mold under his current knowledge.

He ordered his people to place the subjects into the other corners that was designated by the Vong. He then walked up to her and pulled out a Data-Hologram. "Shapper Elafuh," He was not great at pronouncing their names, but was passable, "These are the genetic and biological analysis I was able to extract in my studies, however, as they are not a known biological form and a Sith Spawn, my medical knowledge is not enough to engineer them,"

The data was put away and he continued, "I need a viable genetic templete of your own design to modify and mutate to get a viable small population to clone and breed into a small army, I have spoken to Warlord of the Domain Atona and he has agreed to trade his World Ship to properly breed these creatures when the need arises."
You must log in or register to reply here.

Daughter of the Chaos Queen

S
Private The Chaos of Aftermath