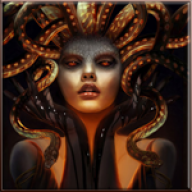 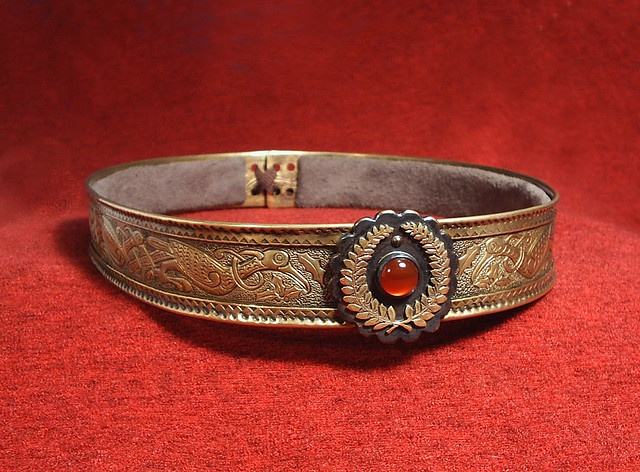 Created as a gift to the Shaman of the Jart, the Diadem of Mind Blank is an alchemical trinket that, when worn, shields the user's mind from the psychic touch of others, something useful, as any Epicanthix can tell you. However, there is another advantage given by the Diadem that an Epicanthix will never have: Certain people, chosen by Rapax upon the trinket’s creation, ignore the circlet’s defenses. Thus, the circlet allows those three individuals to affect the wearer’s mind. Granted, an attack would still be faced with Rapax’s own personal mental defenses, but their telepathic warnings, or Battle Meditation, for example, can still reach him. However, should one of these betray him and attack, they may gain the element of surprise.

Created through the blood of an Epicanthix formed into the sanguine gem adorning the front, and hand-pressed and carved Aurodium, lined with a band of leather and felt to keep the metal from digging into the wearer’s scalp. A relatively simple construction at first glance, but it holds so much more.