[DEV THREAD] The Next Generation

Character Bio
Well well... If it wasn't a lucky Sith who'd been chosen by the Empire to partake in the unofficial unveiling of the newest Imperial starships. His name was Helmut, and Circe looked forward to entertaining him during this endeavour. After all, she had been chosen as one of the leaders of this program by Bosch, when the Imperial Starfighter Initiative, shortened to ISI in order to substitute "starfighter" with "starship", began several months ago. And now, it was time to see how an Imperial Sith viewed her best efforts.

She eagerly awaited his arrival on board a nearby space station. One by one, the ships would launch, showcasing the latest designs to be form-fitted into the Empire's military machine. 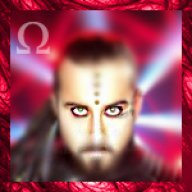 As his ship landed at the space station, Helmut was still seated, reviewing the working process and blueprints for each ship on his datapad. Even though it was an unofficial opening, his history in the Empire and his connections with droid and technology manufacturing got him this special viewing of the new Imperial spacecraft. And he got to meet a Sith Knight. A female as well. Joyous.

The ship's ramp descending, Helmut casually placed the datapad on his seat and walked down the ramp. "AI, activate holo-grid." A hologram appeared at the front of his vision, coming out from his right eye, with the ship diagnostics details listed for his eyes only. Still able to see in front of him, he casually waved and walked over to Circe.

Character Bio
"Indeed. Please, follow me to the station's bridge. We'll have a bird's eye view of the entire event." A smile crossed Circe's face as she looked over the new arrival, admittedly handsome and with a look of business about him despite his cybernetic implants. He would do splendidly for the looking over of the next generation of Imperial warships.

"I'm glad someone like you answered the summons. You have an air of professionalism about you. I have little doubt that your feedback on our new vessels will be quite helpful."