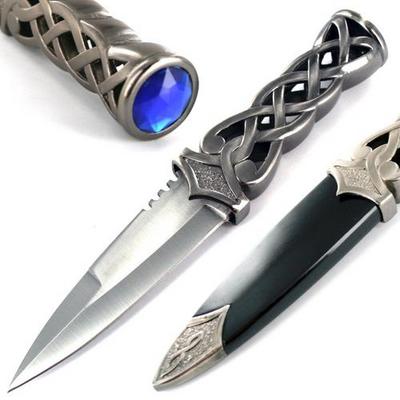 SPECIAL FEATURES
Imbued with the lightside of the force.

Strengths:
Weaknesses:
DESCRIPTION
The Silver Jedi wished to create a small token to serve as a commendation award to members that demonstrate heroism and meritorious achievements or service. It was decided that a simple dagger would prove to be a useful and symbolic gift. While created for the Silver Jedi members, they may also use this dagger as a gift to members of other factions as a token of goodwill.

As the task of crafting a force-imbued weapon is arduous, they turned to Masamune for assistance. The dagger was produced in a limited number, as it is very time-consuming, and meant to be given to a chosen few. The hilt features an intricate design, with an energy crystal set into the end. A sharp blade was made with durasteel, and later inscribed with the words “Defender of the Light.” Once the blade was finished, Masamune crafters imbued each one with the light side of the force.

The force-imbuement enhances the blade, making it unnaturally strong and sharp. Such a dagger can cut through a number of materials, save for those that have been reinforced. The imbuement also provides resistance to lightsaber blows. As it radiates the lightside, it may also decrease the effects of dark sided artifacts nearby, and can be used to damage dark spirits. However, the effects can be damped or nullified completely in environments where the force cannot be used, or in close proximity to void stone or ysalamir.

The Silver Jedi hope that the recipients will carry the dagger proudly as a symbol of their service to the Order, and to protect themselves if the need arises. Character Bio
Hello, I'll be the factory judge reviewing your submission. If you have questions, please feel free to respond to this thread once we are underway.
Melee Weapon | Armor | Ranged Weapon