Ilum has no government, plus I'm pretty sure an IC faction owns it sooo.

I'd check with them first.

Oi, you aren't allowed to be talking yet. Go home.

I'm afraid that's not how it works.

Major factions have full priority, you can't do anything on their planets without their permission. 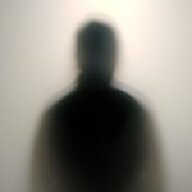 However, the Sith Empire is currently too far away to dominion it, and if any faction goes major and claims it, then they can just as easily tell you to beat it because it's their world at that point, so this is overall rather pointless.

Especially considering that resources aren't really tracked in the RP so the Sith can get whatever crystals they want within their own space anyways.

Character Bio
edit: >make fun of people for not paying attention and accidentally double posting
>>goes and double posts
>>>brb i'm hiding under a rock for the rest of the year until everybody forgets me

Either way, my point stands.

[member="Donalia Elizabeth"] - The Sith are already a thing. The Sith Empire is ruled by Darth Carnifax and Ao'Xian

Yeah, I mean, did you miss the part where I said any major faction that claims it could tell OP to beat it from the planet if they wanted to? I was agreeing with you, mate, just providing proof that the planet itself wasn't currently under control. =P

This is not how factions on the board function.

I recommend that you read the rules of the board, take a gander at the existing factions. If you desire to make a *minor* faction set on Ilum you may, but you may not claim it on the map.

I chose to skim it

But yeah. You can live on Ilum as much as you want but.

I chose to skim it

But yeah. You can live on Ilum as much as you want but.
Click to expand...

OK, so, here are your options.
I STRONGLY recommend #3 because it's fun and nobody tells you what to do. Especially not that little derp in a onesie.

Also, Velok might join your kingdom because he likes ice planets and rogue Sith and new things.

I’m a sith that wants to work with the KOR

Bounty on all Force Users allied with the Sith Empire, Knights of Ren, Empire.
2 3