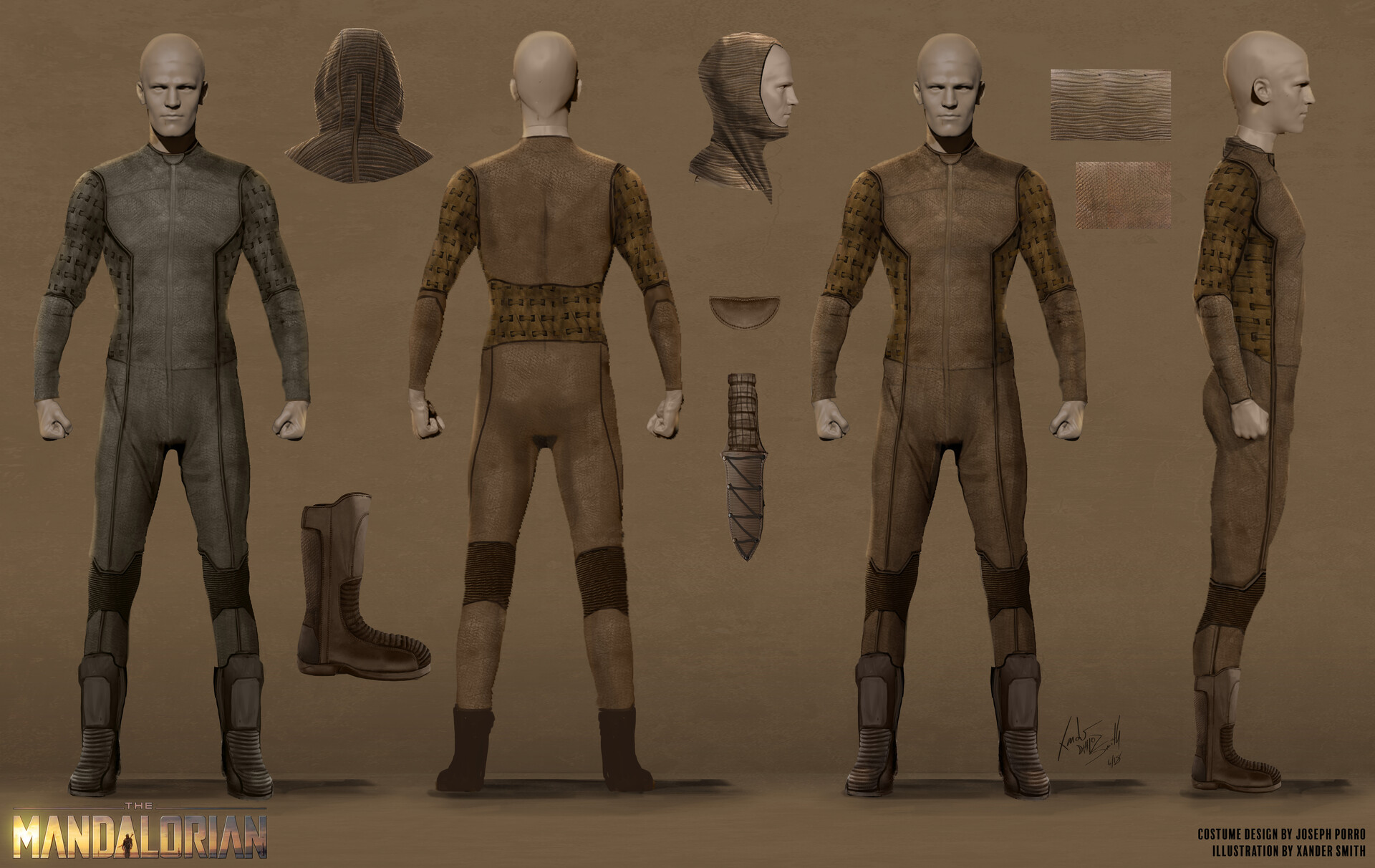 Concord Brawn was built off the nickname given to the boys from Concord Dawn. From those who worked the fields, who became big, became strong. In a galaxy pervaded by those who sought to see Mandalorian’s kneel, that sought to see their culture destroyed, to see their creed broken, one needed a way to fight them. To be dominant. It's all well and good to be more cunning, but the proper tools were also necessary. The Concord Brawn is one such tool.

The bodyglove that Concord Brawn consists of uses a mixture of powerglove technology, reactive fabrics, and rybcoarse to amplify the user's strength. Many know of Rybcoarse amplifying strength up to three times the wearers natural limit. Concord Brawn transcends that much like a duel between Force users transcends a playground fight. All these fibers and different forms of technology come together in a perfect cocktail that turn a Mandalorian into a force of nature. While all those fabrics do much for the armor, the addition of waterweave was perhaps one of the most beneficial but controversial decisions considering how little is truly known about it.

When testing began the Mandalorian’s took many captive creatures, and aliens to test it on. The famed Vonduun crab armor, even going so far as to crush the bones of a Draelvasier. The armor also adapts to the creatures who’s wearing it, so a wookie wearing it would be a horrifying sight. When durability was called into question the bodyglove was tested against many forms of weaponry, one common factor the designers took notice of being the fact that the waterweave deflected kinetic force away from the body protecting the user and dampening it by extreme amounts to where it feels more like a tap. Yet while it did deflect the kinetic force from harming the user in the body glove they could still be knocked off their feet or sent flying from enough force.

Despite all the benefits of the Concord Brawn it is not without its weaknesses. Possessing no defense against lightning when struck by electricity, whether from a weapon or a sith will cause the rybcourse muscles and reactive fibers to react by tensing and attempting to crush the wearer. Weaker species will find their bodies broken, while humans risk the fracturing of ribs, and dislocation of joints. Another downside is if the bodyglove is struck by a form of ION weaponry or unfortunate enough to be near an EMP all the benefits it offers are nullified.