Character Bio
Just putting out the feelers, so to speak. I'm still fine tuning the details, and my character has only just begun his training, but, the effort is there.

I have a dream of a fleet headed by powerful Force users to expand the borders of the Atrisian Empire/Chiss Ascendancy. We observe no limits on the Force, and no limits on ourselves. Our goal is, simply put, glory. The glory of power, success, and conquest. We seek only the reclamation of our scattered people and the expansion of our territories; not galactic conquest, at least not as it pertains to the subjugation of established territories, bearing an assault or advance on our own territories. Interest in naval warfare is a must -- otherwise, this will be no fun for you. There will also be magnificent parties in celebration of victories, and a whole hoard of beautiful, blue, red, purple, and green Twi'leks; in short, we've got the whole rainbow.

I have ideas for a series of naval engagements and faction roleplays in the Unknown Regions, but I need people -- Admirals, Commanders, Lieutenants, and the like, to help lead the Navy, as well as dedicated individuals to form its infrastructure - ensigns, to bring me beverages and ready my starfighter, amongst other such tasks. The Naval Academy is open to Non-Force users as well, and such beings can rise to the rank of Admiral, given that they are skilled enough.

Character Bio
No. AE's force group is the Inquisition.

Character Bio
The Chiss Ascendancy can't have a force group? We're a faction within a faction.

Character Bio
I'm pretty sure if you start a temple dedicated to training people in the Force spasian ninja's will come out while you sleep and abduct you, before torturing you and doing all sorts of other unpleasantries.

Character Bio
The Jun isn't Force-sensitive. He has nothing to do with this. Neither does the Grand Inquisitor. The AE won't even know it exists - the Praxeum is Garec's creation. This isn't going to be Knights running about waving blades; this is going to be Admirals as the helm of command ships wielding the Force as a weapon to enhance their Naval prowess; collective Battle Meditation, and if possible, Force meld, to straight own any opposition we face. Outside Garec's circle of NPC's, the existence of the Praxeum is on a need-to-know basis.

Character Bio
This is how I feel about you guys arguing over him wanting to do an interest check on a minor faction of his own. 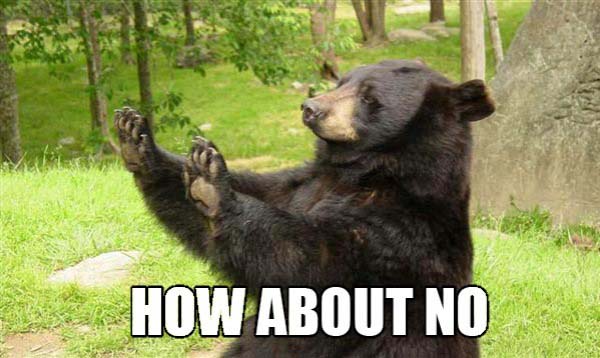 Discuss the technicalities in private, it's an "interest check" not a "permission" thread.

Prince Garec said:
this is going to be Admirals as the helm of command ships wielding the Force as a weapon to enhance their Naval prowess; collective Battle Meditation, and if possible, Force meld, to straight own any opposition we face.
Click to expand...

While your organization does have a strong basis in pursuing force users in Atrisia, it by no way means they'll be omniscient or successful in every endeavor. If Garec's organization slips up and lets it's organization be detected or infiltrated by the Inquisition, then you'll have a basis to do what you will with him with the resources you have available, but until that time you can't merely assume that he'll be automatically infiltrated, especially considering nothing IC has happened yet. You are free to discuss the details with Prince Garec in private, but any more off-topic discussion in this line will not be tolerated.

Character Bio
Locked at the owners request, and archived.