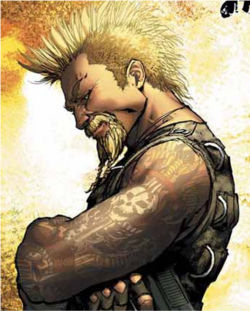 BIOGRAPHY:
Vanator is a part of an exceptionally covert cloning operation undertaken by the Confederacy of Independent Systems, commissioned by Colonel Isley Verd; a new generation of clones utilizing the biological template Jango Fett. However, unlike the originals from centuries ago, this legion of clones were also collaboratively grown with Yuuzhan Vong shapers from the Rodian colony, resulting in a deadly unit of Force Dead soldiers, completely loyal to a single man. Vanator is amongst this new generation of Fett clones, known as the 117th Legion: "The Dread Guard."

Sickly. Good to see more of my students.