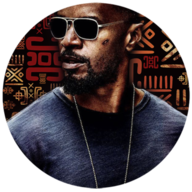 Intent: The purpose of this submission is to create a larger version of the buzz droid to attack the capital ships of the Imperium's enemies
Development Thread: N/A
Manufacturer: Stargo Industries
Model: Capital sabotage droid (Buzz droid MK II)
Affiliation: Fel Imperium
Modularity: None
Production: Mass-produced
Material: Alusteel
Description: The Capital sabotage droid is an enlarged version of the classic buzz droid. The buzz droid mk II is made to create havoc and discord on capital ships. This droid's programming causes it to target the target ship's guns, hull, bridge, and engines in order to dismantle it's effectiveness on the battlefield. The buzz droid mk IIs are deployed by larger versions of discord missiles and release it's payload once in range of the target ship. Due to it's size, only 2 of these droids can be launched in a missile and each one lasts up to 2 hours after being released from the missile. These discord missiles are fired from the bombers of the Fel Imperium navy.

In order for the droids to move around when on a capital ship's hull, their feet are magnetized to the surface while they have jets on their backs to propel them forward. The ray shields equipped on the droids are to protect them from who decide to take it upon themselves to take out the droids. The ray shields on them manage to take up to ten shots from any standard rifle or slugthrower. All it takes is a single buzz droid to dismantle a component. The more of these droids on a particular target, the less time it takes for that target to be destroyed. Once one gun or engine is taken out, the droids move towards the next and the next until they're either destroyed or the ship is powerless.

Although this droid is capable of tearing s hip's weaponry, hull, and engines to shreds, it takes at least 5 droids to do any effective damage to one gun. Also, the droids are very fragile and, without their shields, can be taken out by a 4 year old with a butter knife. The capital sabotage droids, also, move fairly slowly. Their top speed has been measured to about 8 km/h (5 mph) which renders them ineffective against larger capital ships. 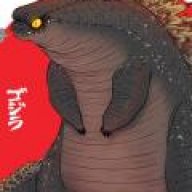 1) Please provide more information on discord missiles. I need a size and range for the missiles, and I need to know what type of weapon system these missiles will be launched from.
2) What sort of propulsion system do these droids use?
3) what is a 'picket' arm?
4) how much damage can the ray shields withstand?
5) how many Buz droids does it take to disable a weapon or engine? How long does this take?
6) what sort of sensors do the droids have? How do they target the bridge?

@[member="War Hydra"]
http://starwars.wikia.com/wiki/Discord_missile
The droids don't use "propulsion systems" They're feet are magnetized onto the surface of the ship as they do what they do.
I'm assuming a picket arm is what the normal buzz droids use to rip apart the parts of a ship.
It takes a few buzz droids to disable a weapon, and alot more to disable the engine. Also takes longer to disable an engine.
They have normal droids sensors. They can "see". Also, they attack the nearest part of the ship where the discord missile targets.
As for the ray shields, they can take a decent amount of damage. Nothing too extensive.

1) do the droids have any way of getting -to- the ship after missile detonation?
2) please provide more specific answers to my questions

@[member="War Hydra"]Th
They get to the ship just like hoe buzz droids do. The missile fires from the ship, once near the target ship, the missile dismantles itself and the inertia fromt he missile transfers to the droid, sending it the rest of the distance it needs to go to get to the ship.

1) Please provide more information on discord missiles. I need a size and range for the missiles, and I need to know what type of weapon system these missiles will be launched from.
2) What sort of propulsion system do these droids use?
3) what is a 'picket' arm?
4) how much damage can the ray shields withstand?
5) how many Buz droids does it take to disable a weapon or engine? How long does this take?
6) what sort of sensors do the droids have? How do they target the bridge?
Click to expand...

1)It's the exact same as the canon discord missiles. I can't give a specific answer to that because canon doesn't give one.
2) They have jets i suppose.
3) It's like a knife, in a sense. It's a sharp blade that cuts through metal.
4) Not much. Let's say maybe 9-10 shots from a standard blaster rifle.
5) In reality, just one buzz droid can take out a weapon, engine, or whatever part of the ship the missile targets. It'll just take a while depending on what's targeted. The more droids dismantling the target, the shorter time it takes. That's just logic.
6) They have sensors like normal buzz droids, just larger. They don't really "target" anything. The ship firing the missile targets a part of the ship, the missile fires, missile releases the buzz droids, then they dismantle the ship from the point where they land.

Answer that question and work all of the information given above into the actual post, and we'll be done here.

Character Bio
In the second paragraph, I need you to change "to take out a target" to "to disable a component" or something similar, so it isn't mistakenly read tha 'one can take down a ship on its own'.

Also, a need a maximum number of hours that it can operate before running out of power. After that, you'll be solid.

Character Bio
Approved on my end. Sorry for the delay.

Give me some weaknesses; remember that these, if used, need a way to be countered. All I see are strengths.

@[member="Darth Kyros"] Sorry for my epic lateness on the reply but how's that? If you needeth more say so.