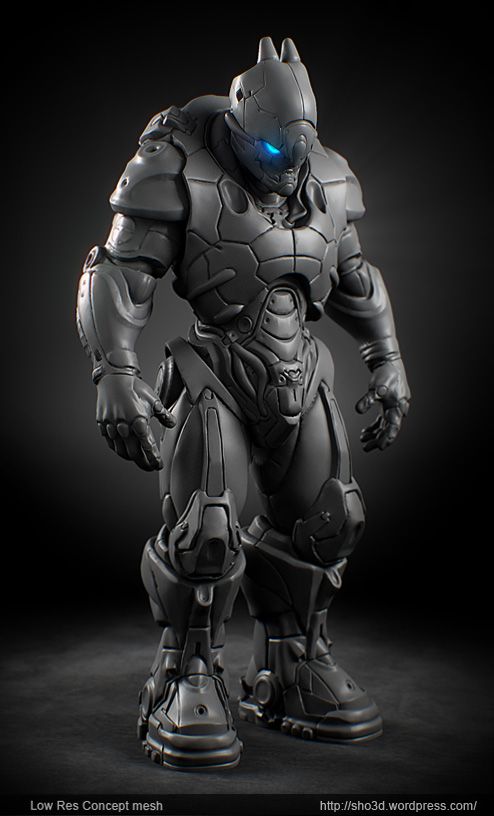 
Strengths:
Weaknesses:
DESCRIPTION:
​The Bryn'adûl Crusader armour takes inspiration from ancient Tribal masks worn by Male Warriors of the Dravalan on their Home-world of Solaris, outside of that. The rest of the armour is a practical design, tough and heavy but not impossible cumbersome.

The armours sole purpose is to take enough heat for a Crusader to get close enough to wipe out whatever they're facing. This is the sole purpose of said armour, and works wonderfully in this aspect. It is designed for close encounters. It is designed mostly for facing superior numbers and firepower as a reliant piece of gear.

Where it lacks is in flexibility, which is not restricted by design but by the simple weight of the Ceramic plates of the armour, if a Crusaders balance is thrown, he will stagger and most likely fall.

Character Bio
[SIZE=12pt]Hey! I'll be judging this submission this evening. Tell me if you have any questions once we're under way. [/SIZE]

[SIZE=12pt]Also, due to the nature of this armor, let's have the production raised to Limited. [/SIZE]

[SIZE=12pt]Still a very nice submission. These hulking tanks will be pretty sweet. [/SIZE]

Also, I Have hyperlinked the image source its the Source: X right under the image.
Is it not working for you?

Character Bio
Ah, I missed that. Apologies. How about I give you an approval for your troubles?