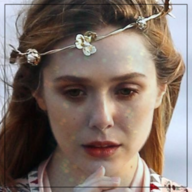 STRENGTHS AND WEAKNESSES (Required: 2 Weaknesses Minimum) :
+ Caring, in a better life, her ability to care for those closest to her, now she does what she can to keep people alive to push them to their limits

- Distrusting, as her family was destroyed before her eyes by a pirate raid, a raid that she ended with use of a wild untrained burst of the Force, Token has a hard time trusting anyone.

+ Educated. She was put through a lot of the best schools in the Core while her family was building their shipping company

- Manipulative. Feeling that there really isn’t much good in the galaxy, the blonde has no problem using her looks, faux innocence, and coy nature to get under the skin of men and women alike.

-Lost in thoughts. Token (most) at times has a problem with separating the real from fiction in her head.

APPEARANCE:
Brooke has long blonde hair that she typically keeps in a braid over her shoulder or down her back. Looking at the world with wide brown eyes, she uses very little makeup, expecting the black eyeliner she typically wears. While her body was slim, it was beginning to fill out with the curves of a woman, just enough to make her, and anyone else, remember that she was someone that they may want to get to know.

BIOGRAPHY: Token was born to Trent and Jacqueline Waters on their freighter somewhere along the Corellian Run. Trent, a son of Corellia, and Jackie, a daughter of Chandrilla, Token had a pretty cushy life growing up. While her father and mother were working to solidify their holdings with the shipping company, Token was taking trips to various worlds for her primary education.

On a trip home before her third year of university, the blonde was aboard her family’s personal ship on a routine cargo run with some of the company’s ships nearby. It was all going according to plan, when the next hyperjump happened, and her ship and two others didn’t. The two that stayed behind fired their ion cannons on her father’s ship and began boarding.

Taking the Waters family aside, the traitors to the company were threatening Trent before they executed Jackie. Before they could execute Token, a burst of the Dark Side, latent and untested, caused her to kill the pirates, and everyone that remained alive on the ship.

Confused, and damaged, without greeting her feelings. Token turned her ship for the nearest hub, which just happened to be Corellia. Once there she sold her family’s freighter, and hopped the next public transport into the Sith Empire.

After the fall of the Sith Empire, she had journeyed between the planets, taking a trip to a resort world, where she had run into the blonde Technomancer Sindy Aerin. From there, the pair made their trips together, winding up on Coruscant, where Token made a visit with the Neo-Witches, and was working on catching up on her studies. She didn't know where she was going, but did know that her friend has something planned.

Spending a lot of time around the galaxy, Token was finding herself in the company of many different people, all roads leading back to the Force. That was when she started to look for a teacher. The Matukai people were helpful, but she wanted something a bit more... And a regular job she could use to help her with the Force. It was all sorts of different. She wasn't bad, per se, but dark side? It was just a side, after all.

Finding herself with The Fringe Federation, at the side of Aerin, and the Levantine Sanctum, Token took to exploring courtesy of her job with Bright Star E.G. She currently is working with witches of the Blue Coral Divers Clan and as part of the Levantine Astro Academy


Force Powers: (Levels based on her current rank and not overall ability)

a caring sith Thad hates pirates, I like you already.

@[member="Token Waters"]
Commander of the:

Character Bio
@[member="Regor Laxvan"] Comes with the mixed up territory

apparently it does, and Thad is a good thing. @[member="Token Waters"]
Commander of the:

One of us could be the sidekick to the other (since I need I get active with this character again). Preferably me being the sidekick since I'm a big brute dude (I am still smart though) and I wouldn't fit as the boss dude other than in a crime orginazation. @[member="Token Waters"] Character Bio
Interesting... A Sith version of Token... *gets the popcorn ready*

Another one who suffered from pirates. Perhaps we should commiserate together.

Character Bio
Updated a piece. Redoing claim because muse is kind of newish.