Land of the Prophets

I AM THE LAST OF THE ONE TRUE LINE​ EVEN THOUGH I'M DOOMED TO FAIL IN THIS WORLD​
Forgive me.​

@[member="Circe Savan"]
Our thread
pwease
*jazz hands*
PS dis is obvi also Brave's writer
because who else writes Sekairos?
nobody

Those shades are pretty chill man.

Character Bio
I didn't even know that was a dude until just now...lol

He does have an androgynous figure and face.
Especially since some of the cosplayers are doing fem!Dirk. 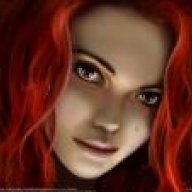 Another addition the family line? Well, you Sakairo's are an odd bunch.

@[member="Ventasia Terana"]
Except this one is from the original line. Later in the family history several more lines were started, including Ven's Hapan line and War's Epicanthix line.
*jazz hands*
It's complicated.

Izzed the face of true chaos