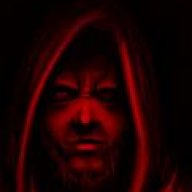 STRENGTHS AND WEAKNESSES (Required: 2 Weaknesses Minimum) :
The original Azrael was a Sith Warrior, one trained in the physical arts. As such he was physically fit, duelled many people and learnt more and more subtleties of physical combat. He was also strong and fast, relying upon speed more than strength in his style. He passed away, but his cells were harvested, creating a clone. That clone had it's cellular memories awakened, though an emotional experience designed to clash with Azrael's original personality. From then on, Azrael served a variety of masters and owners, as a personal guard, an advisor, or merely a skilled figter. Each time he died, his cells were harvested, and as time went on and genetic knowledge and engineering were furthered, those cells were modified each time to augment the clone's speed and strength. Now, eight hundred years on, and many clones aside, a new Azrael has emerged into the galaxy, faster, stronger, and even wiser, benefiting from the accumulated memories of over sixty lives.
Azrael can manifest a burst of preternatural strength and skill from a Dark Presence which has resided in his bodies for more than a millennia. When this presence manifests, Azrael can temporarily draw on preternatural strength and speed for limited periods, at risk to his physical health and condition. He can also access its knowledge at will, which has been amassed throughout its own dark history. The Dark Presence is triggered through periods of intense stress, be it emotional or physical, and does not exist at Azrael's beck and call. The only way that Azrael can knowingly trigger the Darkness' active state is through true feelings of rage.
Weaknesses
Azrael's main power comes from his rage. Although he only becomes enraged when he chooses to, something he has learned over the many lifetimes of his clones since the original, the use of Mind-related Force Powers on Azrael turns him from a rational individual to a torrent of Dark Power. This tends to damage everyone and everything around it without discrimination.
Also, triggering Azrael's Darkness, once its storm is weathered, will leave Azrael tired and exhausted afterwards.

APPEARANCE:
Azrael appears as an attractive half-asian male, with a dark brown beard. His current body is new, and lacks the scars, tattoos or distinguishing features of the original Azrael.

BIOGRAPHY:
Azrael Dugarde came to the Sith Council near to a millennia ago, seeking training in the Force and a way to understand and harness the Dark Presence within him. The Presence indicated that it was Azrael's destiny to join the Sith and assist the Council in its goals of amassing power and influence. During the Dark Crusade that occurred during that time, Azrael fought with the Sith against the Jedi on Ossus, Naboo and Coruscant, amongs other battles, against the Witches of Dathomir on Ziost, Korriban, Dromund Kaas and Dathomir, amongst others, and fought many foes from the Jedi Council, the Galactic Underworld, and the Rebellion. Eventually, his conduct and the completion of his training found him promoted to Knight, and later, a warrior of the Pillar of Strength.

Eventually, however, Azrael perished in mysterious circumstances, but not before his cells were harvested.
Lacking a genetic descendent, the Darkness remained in the harvested cells until such time as a clone could be developed. The geneticists realised that because of Azrael's unique heritage, raising the clone child as a Jedi before attempting to teach the child the concept of mercy and peace at a young age, around 10, would cause the Darkness to re-manifest, bringing back Azrael's personality and cellular memories into the new shell. As time progressed, and each clone was developed, the original cells were subtly modified for biological augmentations.

Now, a new and improved Azrael Dugarde returns to the Sith, ready to fulfil his destiny once again.

SHIP:
TheThanatos: A corvette based on the CR-90 design. Painted in Crimson Red and Dark Grey. 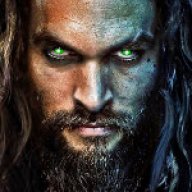 I vouch for Azrael as well.