As part of the ongoing need to modernize the weapons Aurora Industries made, sold, and used in their ship construction, the AV-01 "Nebula" EM Plasma Cannon was officially getting an upgrade. Dubbed the AW-Ex01 "Orionis" Electromagnetic Plasma Cannon, the new cannon was an improvement in firepower that had been sorely needed for the weapon system.

Utilizing Aurora's Sianium technology, the engineers decided Siaber Crystals were not a good fit for the project, the plasma canisters were subjected to an agitation process using the Sianium material. The new plasma, when fired, would have an even more devastating effect on unshielded targets, capable of disintegrating hulls and bulkheads fairly easily. The problem of ray shields continued, but at least for this cannon, someone being attacked by it might be entertained by the colorful splashes of plasma barely making a dent in them. 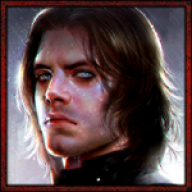