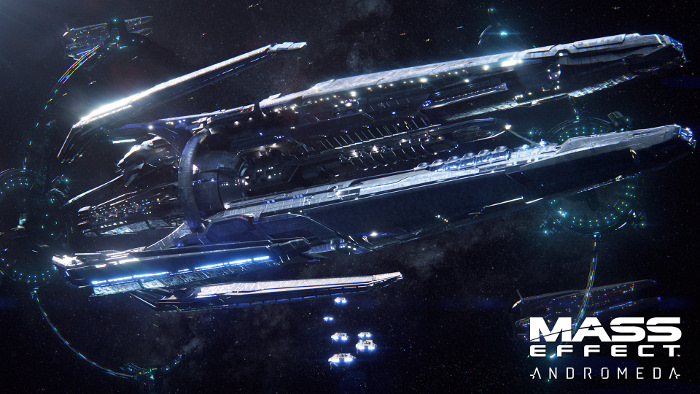 Warmind: Each Ark is directly overseen by a Warmind, powerful super tactical droid brains which directly interface with the carrier's electronic systems. Capable of not only vastly improved strategic analysis over Separatist era designs, each Warmind functions not merely as a ship's commander but effectively its entire bridge crew. While a small support team is required for maintenance and certain secondary systems, the super tactical droid effectively automates most command level functions.

Central Control Computer: Not far from the bridge is the Ark's central core, which allows it to instantly relay information and orders from droid to droid across an entire planetary body. Normally this is used to assist its drone squadrons in more efficient use of tactics, but should the situation call for it an Ark's hangar can be loaded up with troop transports instead and function much like a Separatist era Lucrehulk.

Molecular Shields: A special form of deflector technology, absorbing energy fire instead of deflecting or neutralizing it so that it may be converted into powering an Ark's own weapon systems. In addition to being more durable than standard capital grade shielding, this absorption process allows for the carrier to return fire even under reactor strain. Resistant to most short ranged weapons fire, a sustained barrage is the most effective method of attack, although the deflectors are more vulnerable to heavier hitting weaponry like heavy turbolasers or energy torpedoes. They are, however, ineffective against physical projectiles such as HVCs and concussion missiles. A backup particle deflector provides some kinetic resistances, but is not as durable as the molecular shielding.

Stellar Observatory: While the primary purpose of the Ark-class is system defense and combat patrol, like all larger Mechanicum vessels at least some space is reserved for research that might further the machine cult's overall objective of scientific exploration and discovery. Fine tuned sensors are designed to assist their operators in mapping spatial anomalies and other stellar phenomenon with exquisite detail.

Self-Repair Protocols: With abundant artificial crew to spare, Ark repair teams are able to patch up severe structural damage even in the midst of battle. Concerns such as a lack of life support, extreme temperature differentials, even exposure to the vacuum of space are at most a minor inconvenience. Most Arks are deployed with at least several squadrons of tender drones, which makes limited repair operations on the starship's outer hull routine.

Hypermatter Nacelles: Specialized housing attached to the rear of the starship, these elongated prongs on the carrier's aft extend out from alongside the hull shortly before and during hyperspace travel. While exposed to subspace the nacelles act as collectors, siphoning off additional hypermatter energy to power the Ark's reactor core. This makes it possible for the starship to execute sustained jumps across greater than average distances as well as remain safely at lightspeed for longer periods of time.

"The soul of the Machine God surrounds thee.
The power of the Machine God invests thee.
The hate of the Machine God drives thee.
The Machine God endows thee with life.
Live!"​
The Litany of Ignition​
Striding the line between star destroyer and battlecruiser, the Arks Mechanicus are some of the most impressive starships to be manufactured in the shipyards orbiting Zhar. Command carriers designed to defend and patrol Mechanicum space, like almost all their designs there is also a focus on exploration and scientific inquiry. While for the most part these carriers are a sight confined to the Cadavine sector, encountering lone Arks throughout the galaxy on long range exploratory assignments would be improbable but not unnatural.

The design of an Ark combines a sleek outer hull with a labyrinthine internal structure logical only to a droid which makes no aesthetic considerations whatsoever. Partially and fully exposed mechanical systems, corridors lined with wiring and heavy cables, entire sections where life support is non-functioning, it is not a ship designed with carbon based life primarily in mind. Cavernous hangar bays are lined with racks of Mechanicum drones on stand by mode awaiting their next flight mission.

What little capital grade firepower an Ark does possess is almost entirely plasma based in nature. Pulse-wave cannons as well as plasma railguns and torpedoes make up the bulk of its arsenal, but the carrier also utilizes gauss cannons and an alternative form of ion weaponry known as a bio-energy array based on organic technology. All these batteries function primarily to provide support by fire to each Ark's impressive complement of drone squadrons.

Since extensive automation and minimal crew living requirements allow for additional space, what parts of the ship not used for carrier operations are reserved for laboratory space, including a specially designed stellar observatory. Each Ark has its own cartography division assigned to map out known space in as much detail as is scientifically possible by today's standard of sensor technology. 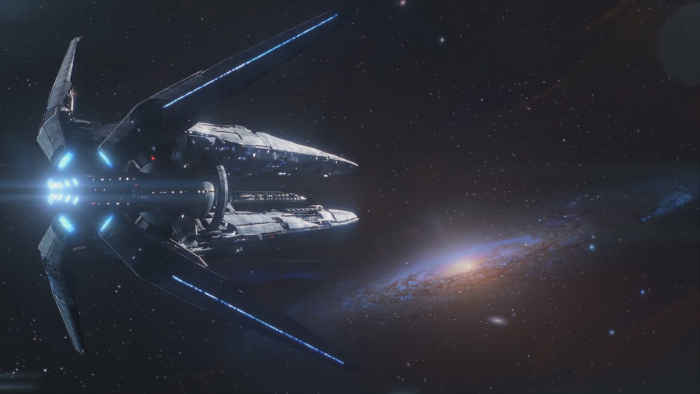 Character Bio
[member="Archim Calixis"], this looks solid and it's a nice piece of worldcrafting as well. Only one thing:


Archim Calixis said:
Molecular Shields: A special form of deflector technology, absorbing energy fire instead of deflecting or neutralizing it so that it may be converted into powering an Ark's own weapon systems. In addition to being more durable than standard capital grade shielding, this absorption process allows for the carrier to return fire even under reactor strain. Resistant to most short ranged weapons fire, a sustained barrage is the most effective method of attack, although the deflectors are more vulnerable to heavier hitting weaponry like HVCs, heavy turbolasers, and concussion missiles.
Click to expand...

Molecular shields do not provide any resistance to physical attacks (HVCs, concussion missiles, etc). This is why the Emperor's Chrysalide beasts were able to simply claw and eat their way through the X-1 Vipers at Byss. What I'd recommend doing is making some mention that this also has some sort of separate particle shielding or other related technology.

Whelp, that's what I get for skimming Wookiee. Thanks for the catch there mate. Made some language edits and bumped the list of deflectors up into the Defenses section to keep things more in line with factory standards.

A "High" rating for a ship this size is 11 squadrons. However, this ship is actually slightly underpowered right now, so you could raise this rating up to "Very High: 15 squadrons" if you so desired.

Yeah from the way I color coded it I think I originally intended the hangar to be very high, not sure how the very got dropped and why I was one squadron over. I transferred these subs to factory early in the morning so who knows. Corrections made.