Sat about the training grounds, 'caus', because, grr she was having trouble with the idea, but a Master had agreed to to train her. Flicking a speck of dirt from her casual blue blouse, short sleeves, it had a black leather line around the waist of material, ending at a tied knot in the front of her chest, looped over in two bows. The girl had her arms folded, and was pouting a bit. Kei had said she had to learn to defend herself, and annoyingly he was right. Still, a Master, she couldn't get her ego around the term, teacher maybe, friend yeah, Nato bit her lip and huffed a bit to herself, sitting on a half wall. Sleek black leggings, stretchable but tight to the skin, and some casual brown shoes rounded off her ensemble.

Okay, okay, she had asked for this, the guy was doing her a favor, she shouldn't blow it but still. The Kiffar shook her head, hair falling a bit messily around her face, scooping it back up in a small bun behind her head. Tying it with two blue sticks to hold it in place, to give it a crossed pattern. A smile blossomed from her thoughts, 'sides, she could always blame Kei if she messed up now, a little sly curl came from the corner of her mouth, and she perked up.

Not sure what to bring, she'd just come as she was. Bright and early, full of life and despite the trouble she was having with the term Master, that was only a little thing, she was happy, you could tell of all the four of the statement's crew she was settling in the easiest. There was a lot of people here, lot of new faces to learn and gossip with. Right at home in the cantina or at the local holdouts, she'd spend most of her time socialising whenever she could, until today though no time training!

Fiddling with some sort of training saber thing she'd palmed from a droid when it wasn't looking, it was yellow but she hadn't worked out how to switch it on yet. 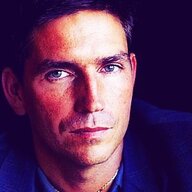 Character Bio
This was to be interesting. Guardian thought as he moved through the Jedi Temple making his way towards the Temple grounds so that he could greet the individual that he was to be training. His own padawan, the though drifted through his mind several times. He often wondered why he was selected for this assignment. Granted he knew his abilities to do so where there, but given that he couldn't remember somethings from his past, and his name along with that. Thought mostly everyone seemed to be taken a good liking to name that dubbed him Guardian.

However he couldn't let her down though. And Guardian himself since his arrival wasn't one much for formalities when it came to Master and padawans. She displayed great ability with the mission where they first met. But that was at first glance though, there was still much to be done. Many things that needed to be mended all around. Guardian reached the outer grounds rather quickly enough as he stumbled upon her.

"Nice morning, don't you think?" Guardian asked as he neared her with his hands behind his back. "Morning are usually the most calm....usually."

Character Bio
@[member="Kahne Porte"]​
​
Checking her nails over as she waited, her face turned into a bright eyed look when she caught sight of his silhouette. A somewhat mischievous smile was soon in its place, and she was up from her perch. Guardian had just started, in their previous meeting, to become someone the girl didn't want to let down.

"Yep sunny, warmth kind'a brings the best out in people. Dont'cha think?" Nato had to agree, there was a bounce to her step as she walked over, there usually was when she was around people. "Just wanted to say, this means a whole lot, for us to be... you know." She didn't know what to call it, that was the only hangup for her, and it made her wrinkle her small nose.

Fiddling with the training weapon in her hands again, it was comforting, if only because its previous owner was a droid, it had no memories to distract her. Though now she thought about it, she did get the sense of the builders, the droid's owners, that was a bit distracting as she held onto the hilt. It was almost as if it had fifteen different owners, all working on their own individual components in her mind.

Coming back around to reality, and the man in front of her, she looked up, smaller than everyone as usual. A hand resting on a hip casually, head tilting to the right, "So... do I call you, Guardian, Sir, or Mr, or" She bit her tongue in her teeth, just a touch, not able to get the last title of Master out.

The training saber was turned on, because she'd seen the memories of man who had assembled the trigger, and it hummed a victorious yellow. Pleased with herself, she turned it off just as quick, clipping it to the leather strap around her waist.

Character Bio
She seemed happy, and that was a good thing. Guardian noted as he watched her movements from the time he arrived. Listening to her words as the Jedi smiled and a slight nod of his head. "It means a lot to me as well. I'll guide you through this time and always look out for you." Guardian bowed slightly towards Nato and nodded his head again. "Just make sure when the time comes, if I need it you can look out for me? Sound good?" The Jedi let out a small chuckled as he walked past her as she experimented with the lightsaber.


"You can call me whatever you feel most comfortable with." Guardian chuckled again, before turning back to look at her.

"Are you ready to begin?"

"You got it big guy." She flashed a Nato smirkle, half smile, half smirk giving him a playful wink. "We'll look out for each other, promise," the last word said with sincerity and a pause. Resting the weight on the back leg, still the hand on her hip, the other fell to the thin fabric on her thigh. It'd be great to have someone to keep an eye on for a change, it made her feel more needed, giving her a place.

Listening closely, that element of tension there but Kahne made the right approach, masterfully so, dropping some of the formalities might in time have wanting to give them. Clicking the tongue to the roof of her mouth she nodded, "Yep, I guess were as ready as we'll get,"

The sound of those at practice was close at hand, and she was keener now, listening out to what they were doing, not just focused on herself. That little bubble of tension popped, or at least squashed for now, the features of her face softened slightly, becoming a bit less tense. Studying for his lead, and ready to follow where he took her.

Character Bio
Guardian noted her wink and her smirk as he himself let out soft chuckle. There were several already in the training process, some chose to take their training outside. Guardian himself found much in the wilderness of Tython. While the training rooms and such were a nice place. He sometimes opted a different approach from time to time. Today, in the latter part of the day training, she would start to see.

Guardian moved ahead of her for a moment. As his hand gingerly patted his lightsaber at his side, almost as a reminder that it was there. He turned back to face Nato and just nodded his head.

"You know of the force? That it binds the galaxy together, it surrounds us, and is in everything. I'm sure you have felt it's graces already." Guardian glanced up to the clear skies and smiled.

"Sure. I mean I think i've felt it." Nato said, suddenly feeling uncertain. "It's like a cold shower, when you really need it, or getting a hug on a snowy day." She looked up again hopeful, a sense of vulnerability to her, like Kahne could at this point shatter or reinforce that side of the girl in front of him. "Sometimes it's in your hand, right there?" There had been that time back home when she'd pulled a little girl out of the way of a speeder.

After a second of uncertainty she flashed a beaming smile again, "Well Fyor, our techie guy, used to call it a giant engine humming away, but I never saw any cables plugged in u'know". Walking with him as he moved, staying to his side, Nato was right there, below his shoulder height but going wherever he led today.

Afraid? "Me, nah. Nope" "No sirrr...." She cocked her head up, but didn't go on with the what if, the what if could mean anything, what if she didn't measure up to what came next or what he wanted? What if she wasn't that good at his? " 'sides where else are you going to find someone as good as me?" Nato span the training saber around and around in her palm, using the muscles, a sleight of hand, not the force yet to rotate it.
You must log in or register to reply here.
Share:
Share
Menu
Log in
Register
Install the app
Top