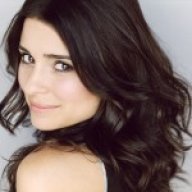 Intent: To adapt the technology used in Hevana's missile launchers from the past as a Jedi hunter to create a line of granades to use against Force users.
Development Thread: Here
Manufacturer: Omega Munition
Model: AFG Types 1-4
Affiliation: Omega Pyre
Modularity: Fuses are designed to be easily removable when unarmed. Gas canister can be filled with any pressurized gas.
Production: Mass Produced
Material: Durasteel, explosive material, wiring
Description: The AFG Anti-Force User Grenade line is a recreation of older technology using modern components by Hevana Martin for the Omega Pyre branch of the Protectorate. The primary component is the fuse system, which has an accelerometer built into it. Once thrown any change in acceleration causes it to go off, such as a Force push or pull. It contains a chip built into the grenade that tracks the acceleration when thrown, and only activates the fuse once it reaches a safe distance from the thrower to prevent the grenade from being set off to soon. Comes in four types:
Type 1: Fragmentation
Type 2: Incendiary
Type 3: Flashbang
Type 4: Gas canister
In addition to these four standard types, all can be modified for different hudes, specifically proximity and standard time delayed. This is to give the Omega Pyre personnel the most utility out of the weapons as possible when out of contact with a supply base.