The young Corllian defense captain... well young by some standards had finished and now with his payment taken for stopping some of the thugs he walked out of the house. The young woman laid there crying at the thought but knew it had been needed. Knew the man had only been protecting them and why couldn't they understand that. It was all about making sure Ronin's legacy was clear and protected.

The woman pushed as the doctors on Ithor urged her on, when news had come she was whisked away to secret and cared for to be with a friend. The baby would be given to an orphanage and all the records destroyed or sealed away. No one would know what had happened or what was needed and then she saw the baby laying there and fled getting help from one of the doctors as he put the soldiers to sleep.

The ruler hit head head as the women knocked her out of her seat and Sai grabbed her head. The feeling of a bruise or a lump there not something she wanted to experience while listening to the history lesson. Her mother choosing to home school her and teach her all about the old empire and imperial knights. She knew who her father was and the rumors that he had done it, that he had risen above obscurity and now was head of something had brought her mother some pride. She didn't know what it brought her besides welts and owww.

Pain it brought her pain as she looked at the screen again and repeated the coda so she could leave and go to Bastion. "An Imperial Knight serves her emperor faithfully as he is the embodiment of the force but only when he serves the light as the force is your true master, service for life, never give into the darkside. If he falls save him at all possible means but to not let the wicked live to infect the empire and return it to darkness." The woman looked at her and gave a nod of her head while patting her head and smiling.

"Alright, you had get wash up and get ready, tomorrow your leaving and need to be not looking dirty for your father."

Sai gave a nod and left the room rubbing her head where she was certain there would be a welt but that couldn't be helped. No what she needed to do was get washed up and sleep for the trip tomorrow and that is what she did, taking her pajamas out of the case and putting them on after she dried herself. The small picture of a Corellian defense captain dressed behind her mother.. Really the only thing she had to go on while she went to sleep.

The sights of the planet and the fact she had arrived as a refugee of the sith meant little to her but it was what had been needed, now she was looking around for a place to find the man while clutching the photo and her backpack. Everythign she owned and needed for the most part. 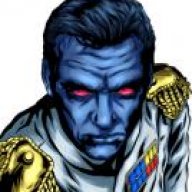 This was...a predicament to say the least. it was seventeen years ago that Ronin had slept with a young Atrisian woman during his tour with the Corellian Defense Forces and it had never occurred to him that his seed has somehow scurried into her womb. For the whole of seventeen years, Ronin had never again thought of the beautiful woman that had comforted Ronin that dark rainy day. The past had a way of slapping you in the face, however, and that was exactly what had happened just a few days ago. After news broke out about the return of the Fel Empire and the rising of Ronin Fel to the mantel of Imperator, a not-so-young Atrisian woman contacted his palace on Bastion and told him the news that no man truly wanted to hear.

Sai was here name and she was not a Fel, not yet at least. Ronin honestly didn't know how to feel, he loved all of his children but he had never before had to deal with an illegitimate daughter. His stomach, for the first time in many years, was turning with butterflies and his mind was scrambling to find the right words to say to her once he had made contact with the young girl. He had not yet told very many members of his staff and he tended to keep most in the dark until he had settled everything with Sai and her mother. He wasn't sure if there would be any blow black from a nation full of freed slaves, but the Imperium was a new faction that couldn't risk becoming destabilized because of something so meager. Well maybe not meager, it was rather important....

As the speeder came to a stop, Ronin stepped out of the luxury vehicle and his Praetorian soon followed. Bastion was still a war zone and that meant he needed to find Sai quickly and get her to safety. It wasn't long before Ronin spotted a young atrisan girl being talked to by one of Ronin's captains, a Chiss who had joined the Imperium's plight not to long after Bastions liberation. Ronin's eyes got wide and he quickly hurried to intervene,

" Captain, I see you have found my guest." Ronin said nervously, his eyes looking over Sai with a slight fear gripping them. What did he say now? He had never been this nervous before in his life, "Hello, Sai...I-I'm your father."

Sai looked at the Chiss as he spoke to her and she was going to speak when the sound of a speeder coming up brought her attention around. "Yes I am looking for my fa..." Her head really turned when she heard him speak and the man was standing before her. Then he spoke and said it for her as she smiled.... Her face lighting up in enjoyment when he said she was his daughter and she ran forward wrapping her arms around him while speaking. "Da.... daddy."

Ronin was taken back by the sudden embrace of his bastard daughter and his face showed that. Even the Praetorian, who were with Ronin nearly every moment of the day, had to stop themselves from throwing the girl back with the force. Nobody had ever embraced Ronin like this, not for a very long time at least. Slowly, Ronin let his arms fall around the girl in an awkward moment of confusion. This was the most awkward moment Ronin had ever had, but still he felt a tingle of rising emotion in his heart, it had been so long since he had contact like this. Ronin didn't say anything to the girl at first, instead he listened to what the Captain said and then answered him

"Yes, accompany us back to the palace." looking to the girl, Ronin backed out of the embrace and passed Sai off to the Praetorian, "We must get back to the palace quickly, Sai, it is too dangerous to stay out in the open long."

She had felt it and pulling back gave a smile that showed in her eyes while also looking at the guards. They had been strange and she could feel it but hadn't touched her or stopped her which wasn't such a bad thing. Seeing the chiss salute she gave him one while listening to her father. With a look at him again and then at the speeder transport she gave a nod and thought about all the rest that was happening. "Alright but isn't this your world? Can't be that dangerous on here."

Sigil of Hope / Sasori Glove / Blade of Sorrow / Multipurpose Combat Rifle /
You must log in or register to reply here.

God Save the Imperator [Fel Imperium]