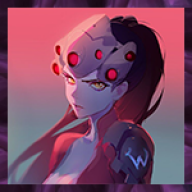 ​
​
Fel-Imperial Authority Complex​
​
"Sharlene, take note, effective immediately any and all entrances to my office must be approved by myself."

The assistant was quaking in her boots - literally. Her leg thumped against the wooden flooring, staring blankly back at the Noble.

"Sharlene?" Raising her voice; not out of concern, well, concern that somebody would dare to ignore her, but also fury. Still no response, if anything her pupils began to spasm about the room, making it hard to give the woman her signature deathly stare. Her fingers snapped, reverberating a clicking noise that saw the Ming Po stand at attention and open an old fashioned notepad.

"SHARLENE LOOK ALIVE. WE HAVE GOT GUESTS COMING AND YOU'RE STANDING STILL!" Shaking her head and signalling the woman to exit the room, grunting as she looked at the Datapad. Oh? Another meeting with the Grand Moff, how... delightful.

Not only the Grand Moff was to be present of course, as much as she would love to sit down for some coffee with him, this occupation rarely saw any free time if any. No, they were to meet with a '[member="Harley"] Fenstermacher' representing one of the many trading conglomerates wishing to do business with the Empire under their new development scheme, Isabella was but a liaison for the two.

Character Bio
It hat taken a while to sort things out but finally Harley had arrived at the Fel empire along with Jaster to discuss future trade and contracting, the two having talked a little before, but making most of their headway during a Gala get together back in Republic Space. So far it seemed that the Fel empire was looking for help in the construction of military vehicles, well enough to get on par with others governments, their so called Empire still being quite small compared to others. "So Jaster, or should I say high Moff Awuad? who is this woman we will be talking to? forgive me if I am not very well versed in how your government functions at this point, have been a little busy as of late, you of all people could understand that right"?

Though not the Galactic Empire in anyways it was a little creepy to see how much they mimicked the style, and if that was the case he had a slight suspicious that this third wheel at the meeting would be similar to the imperial leaders of the radical remnant that lay claim to Kamino. Still he had talked with worse in the past, if things did prove to be difficult, no matter, just smile nod and get on with it.

Character Bio
Sharlene arrived in the office once more, nervously stamping her leg. "M-M-Miss LaFleur, the representatives from H&C Logistics have arrived."

"Great... where are they?" looking up from a datapad with a rasied brow. "Oh" she stammered "I-I don't know. They-.. they're just on-site, I haven't seen them personally."

Isabella's face drooped slightly before twitching her eye. "That's such helpful and great news! Thank you for bringing it to my attention." Looking down at the datapad. "I'd appreciate if you don't interrupt my work again without a genuine excuse, pretty please?" Swiping a few buttons to make it look like she was actually doing work, but she was really playing AngryRaptors on her birds, flicking her finger in order to send the slightly larger black one to hit a series of wooden constructions. Boom. The sound echoed out through the wooden room, much to Sharlene's surprise who had not left yet.

The human's legs elongated as she moved from the mahogany chair to a plain looking window, unlocking it and allowing the warm Osseriton breeze to hit her face, eyes gazing down upon the courtyard of the complex's buildings. It had appeared most of the bureaucrats were on their lunch already, meanwhile Isabella's was scheduled to be an hour later. Her stomach growled slightly, though thankfully no-one else was present in the room or indeed in the building apart from the ever incompetent Sharlene.

[member=Harley Fenstermacher]
You must log in or register to reply here.