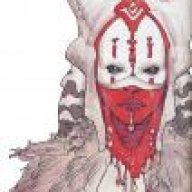 Ummm I have no idea how to start this, so how about ....hello.
My name is Senator.... no just Khantor. Khantor Ruu. I'm writing on this piece of flimsi in an attempt to entertain myself. It's been ten day's since my abduction and I have no idea where I am. My captors, a Mandalorian I have now realised and some bounty hunter have placed me in a cell somewhere on the planet Corellia. The cell is reasonably spacious, I am able to stand up and walk around I guess, and I get fed so I'm not going to die just yet. There is absolutely no way of escape, I found out that on the third day. Guilt has been laying waste to my mind ever since my abduction. I can't seem to erase the image of all those innocent beings being sucked out into space, their lifeless bodies just floating. Floating there dead. I need to put this down before my tears ruin the flimsi.

Hello again.
26 days now and still no sign of any rescue or any glimpse of my kidnappers. A droid is now sending me food, if it could even be called food, I swear they've just picked up some dead womp rat from the sewers and torn it to pieces. Last night I had a dream about Akodya. We were outside the Senate Tower talking underneath the tree where we first met. I had no idea what we were talking about but it just felt nice. I was happy. I wonder what you're doing now Akodya? Do you still think about me, your old pal Khan? Oh here's the droid now, gotta go.

The lights have been out for three days now, I'm only able to see what I'm writing through the faint glow of the energy wall keeping me in the cell. It get's really cold sometimes and I often find myself waking up with ice beginning to form under my nose. Where have they taken me? Last night I heard fighting outside the cell. I thought it might have been someone sent to rescue me but I got my hopes up for nothing. I'm starting to wonder whether any rescue attempt is going to be made. Hope is starting to become very rare within my cold, lonely cell.

No one is coming. I'm going mad in this hell. Even death can't free me from this dark place. What have I done to deserve such a punishment? Who have I wronged? The souls of those that died during my kidnapping visit me now each night. I have tried to apologise but they won't listen. All they do is cry! I'm going insane. I don't think it would be that bad if I accompanied them to the netherworld. At least then I could make peace with them and then I too would find serenity. It's time for me to leave. This will be my last entry. Goodbye. 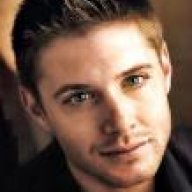 Davik lit up a deathstick casually from within the small mountain hideout that had served as their makeshift base camp for over two months now. He always checked to see if the prisoner was still in his cell, though it was rather pointless as it was carved right into the rock. Kiber was still asleep this morning, and he knew that. He always slept from three till four. Always. And this was to be no different than any other day. He had sent a few advertisements to the crime lords of Nal Hutta, seeing if he could possibly pawn off the senator who had troubled him for far too long. Davik had no intention of holding on to the Togruta, he was wanted by the Republic, and it was not wise to upset the Jedi. Surely they would be sending someone after the two who had killed that young one a while back on the shuttle.

He made his way over to the service droid who was to feed the Senator once more. A small provision of soup that had been stored in this old smugglers hut for many decades and was probably beyond rotten by any standard, but it was all the man needed to live, and that suited Davik. He sat back down and looked out into the snowy mountain landscape from one of the security cameras that had been set up only recently by the pair. It was quite beautiful really. The snow white caps of the mountains of Corellia could impress most if not all beings and now all there was to do was wait for someone to reply to one of his advertisements.

Akodya had spent so long in the medibay after 'the incident' that she had stopped counting the days. She had been forced to pass the time staring aimlessly out the temple window, not really focusing on anything. It was her, and her guilt. The padawan's only company besides medical droids healers and a few visitors was the memory of her failure. Screams as the shuttle exploded still haunted her. She still felt the heat from the blast pickle her skin were she was now scarred. She remembered how terrified she had been as she plummeted from the sky. After coming back from visiting Khan's office in the senate building, she struggled to regain some element of normality. After the promise she made to herself, there was no way she could go back to everyday padawan life and let the search or the criminals and Khan go on without her.

Striding down the hallways of the temple, her hair trailing behind her and her steps echoing, she headed towards the one place she knew her master would be. Her hand that was usually neatly folded her curled around her saber were now restlessly tracing over the fresh scar on her right wrist, her fingers brushing the tip of her bandages. In order to carry out her plan, she was going to need permission from her master. She needed to to this, and she needed to do it alone.

Turning the corner and entering the training room, Akodya's eyes locked on her master, @[member="Joshua DragonsFlame"].

"Master, I need to speak with you."

Josh noticed the look on his Padawan's face as she came in. Josh had been giving a session to a few Younglings to help out another Master. He regarded her with a worried smile.

"A lot I'm afraid." She said, her eyes moving to the small group of younglings that he was tending to. Their small round faces made her think back to when she was that small...she had no idea what being a Jedi was really like then. That seems so long ago now. She must look like a wreck right now. Her hair that was usually up in a tight knot was now falling loose and untended, dull black circles were splattered under her eyes from lack of sleep and her shoulders were slumped.

"I can wait if you are busy at the moment." She said quietly.

Character Bio
He shook his head, before looking at the younglings.

"Break time" he said, giving them a smile as the younglings piled out, cheering and chattering among themselves about their lessons.

He looked back at @[member="Akodya Mune"], smiling a bit. "They're angels, aren't they?" he asked. "Remind me of myself when I was their age... So naive. So curious. So unknown to the Force... But it calls to them, just as it called to me. One day, they'll be great Jedi, I'm sure" he said.

"But enough about my childhood. What ails you, Padawan? Go on, you look like you have a lot to say"

Akodya nodded, only really half listening to her Master as the younglings scrambled out of the room. How was she to say this? She had only just recovered from serious injury and now she was asking- no, demanding, to be allowed to hunt down two potential killers. A padawan with barely any credentials. Sighing, she began her request.

"Master, I am sure you are aware of the reason why I was bed ridden for the past month or so, and the death of 49 people on that shuttle. You also know Senator Khantor Ruu of Shili was taken in the attack by two bounty hunters. I...I want to hunt them down and bring them to justice myself." She said, her voice shaking a little. "I failed, Joshua, and it costed to much. I need to make this right."

"I see..." he said, pondering this for a moment. "Take company with you. That's all I ask" he said, giving her a serious stare, straight into her eyes. "If I find out you got hurt, you will be in trouble, do you hear me?"

It was half jokingly, but she could tell that he meant it. He cared for her and refused to see her get hurt.

"Be careful. You have my blessing" he said quietly, taking a breath.

"May the Force be with you"

"I thought I was always in trouble anyway?" Akodya teased with a weary smile, her eyes not wavering from her master's. This maybe the last time she'd ever see her teacher's face. "...But thank you Master, but I am afraid I am going to have to disobey you. Like I said, I need to go alone, I can't be a burden for someone else." she sighed, crossing her arms and turning to walk out the training room's doors without looking back. This is it. Master @[member="Joshua DragonsFlame"] had given her his blessing. Alone with the echoes of her footsteps once again, Akodya looked up at the ceiling...

Davik stood up from the box he had been seated upon whilst he was holding a conversation with a crime lord on Ord Mantell. This was what he had been waiting for. The crime lord had so fortunately noticed the true value that a senator of the Republic could hold and had made contact with him. The next phases of the plan would be done over a period of two days. One to secure the final deal. And the second for transport. Davik was looking to have a smooth transaction, and to ensure that no problems would ensue with this deal, he readied his ship ahead of time, whilst Kiber was on constant watch over the senator. The final sum of the transaction was quite large. A small fortune. And the smuggler had no intention of letting it slip through his fingers, as it was likely he would not get another chance. For now, however, Davik occupied himself with daydreaming whilst the ship fueled up during the day. 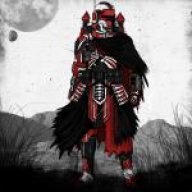 Kiber woke up from his hour of slumber. He proceded to walk to the cockpit of the ship. "Are we all set?" asked Kiber.

"We will be ready tomorrow... Watch the senator for now." Davik pulled open a small compartment in the cockpit and grabbed a few tools before heading down to the cargo hold to fix a crack in the hull he had found after their escape from the kidnapping.

@[member="Kiber Lacer"]
@[member="Khantor Ruu"]
Character Sheet
You must log in or register to reply here.

A Drink With Friend