According to the theory that the Force is one, the light and dark sides did not actually describe the Force but rather defined how an individual used it: to directly harm his enemies or to help himself overcome situations. Thus the aggressive or vengeful abilities inherently belonged to the dark side, while those which were healing, defensive, self-empowering, or diversionary belonged to the light side.
For example, a Dark Jedi could cast powers that inherently belonged to the light side (like Persuasion). Kyle Katarn, who allied himself with the light side, made use of dark side powers such as Grip and Lightning, possibly because of his experience while fighting Maw, and later on Dromund Kaas. This indicated that skillful Jedi of strong character could use these abilities according to their wisdom since their high experience prevented them from drifting towards the dark side.

Core​
The Core powers were the first powers learned and directly affected his own body or objects without actually harming or benefiting anything (except for Push, which could be used against enemies).

Control​
The most basic Force techniques, requiring mastery over self. Control was the first basic abilities to be learned.
Force Sense​
The Force technique of Force Sense included all abilities enhancing the perception of the world around a being.
Alter​
The most perceptive to the dark side, alter was the last technique taught to younglings. It included powers to create an external phenomenon.
Universal​
Universal powers were generic Force techniques which were associated with neither side of the Force. Almost all Core powers also qualified as Universal powers, but many of them were uncommon and not an integral part of basic Jedi training.
Light (Lightside)​ 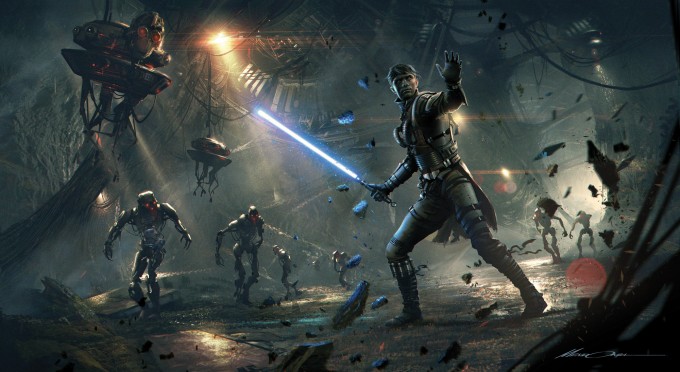 "A Jedi uses the Force for knowledge and defense, never for attack."​
Yoda​
Click to expand...

Light side powers were the Force powers that the user accessed through the Force's light side. The Jedi used them for protection, increasing physical and mental capacities, and for defense. They could also inspire and increase the resolve of allies. Certain light side powers could also be used offensively but did not directly cause physical harm. "A Sith knows when to unleash the fury of the dark side, and when to hold back. Patience can be a weapon if you know how to use it, and your anger can fuel the dark side if you learn how to control it."​
Darth Bane​
Click to expand...

Dark side powers were used to harm, debilitate, or kill. Some, like Rage and Drain, was used to benefit the user personally, akin to powers of the light side, with the difference that these were used at the expense of his or her own health or another individual's Force reserve. The dark side drew its power from negative emotions, and while the intent behind their use may well have been good at the time, it was most likely to lead one to further spiritual corruption from overuse, without the proper self-control and mindset. Continuous use of dark powers was shown to have a physically corrupting effect on the Force-user, regardless of intent, due to the body's inability to handle such power for long periods of time.
Force powers applied to lightsaber combat​
​
The Jedi, Sith, and other Force organizations that used lightsabers also developed specific Force techniques, especially for lightsaber combat.