"In the end, we are one, believe sacrifice is not only necessary but expected from all those that follow Cerberus.The ends justify the means no matter what the cost. Balance in all things is the goal, not the will or calling of neither Ashla nor Bogan ."
House of Cerberus
Grand Guardian Xendor XXII
Click to expand...

Biographical History​
The Guardians of the Breath were the ancient 'Kashi' mystics who were able to control what they called 'The Breath' 'while others called "The Force".' However, though they share some similarity with most force user that followed ever since. It is their adherence to life and firm belief in the symbiotic cycle of Ashla and Bogan. That somewhat resembles closely their Jedi rather than Sith counterparts. Their strong held belief of the sacredness of the breath teaching made it so that they kept no written nor physical records of it, as the Kashi believed it was blasphemy to keep records and journals of these in written form. They were instead kept in oral traditions: in line with their long-held traditions in the" breath".
While many tens of thousands of Kashi sought to join the order each year, only a handful was selected for training. Increasing levels of ability and training granted the Guardians higher and higher "Levels of Attainment". Off-worlders who petitioned for membership almost always were imprisoned for life in the dark prisons of the Kashi Mer Dynasty.Whose fate was unknown and had been wildly believed to have been simply offered the choice of the "Noble death". Where in they were either offered as the willing sacrifice in the Guardians Temples or to participate in the sacred cycle of life.
The Guardians specialized in uses of the "Breath/Force" into several different areas: One being that promoted the Plant Surge growth of crops or Force Healing. They also used the "breath" to grant them precognitive Farseeing visions.For strict use of upholding the Kashi belief in the defense of sacred cycle of life and nothing more.

The wisdom of the Breath is revealed through these words.​
We work in the Bogan shadow to serve the Ashlan will.​
We are Guardians of the Breath.​
Nothing is true as there is no divide between shadow or light​
As everything is permitted In service of breath will​
To our Creed we hold true​
"Stay your blade from the flesh of an innocent."​
"Hide in plain sight, be one with the crowd."​
"Never compromise the Brotherhood"​
Click to expand...

The Early Years...​
Thru the duration of their existence, the Guardians of the Breath had to occasionally. As means of last resort, in line with their strict adherence to their sacred belief regarding life. Exile rather than put to death members of their own. Those few who were tried and found to have committed the most graves of sins that of breaking away from the sacred cycle of the Breath. Of these included some of the Guardians who chose to turn away from Ashlan to instead invoke Bogan. Choosing to follow his prophet Cerberus, Lord of Chaos. Going against the sacred teaching of " The Breath" and these outcast or exiled later on banded together. Forming and lay the early foundation of what soon was to know " The House of Cerberus, Grand Guardian of Chaos". 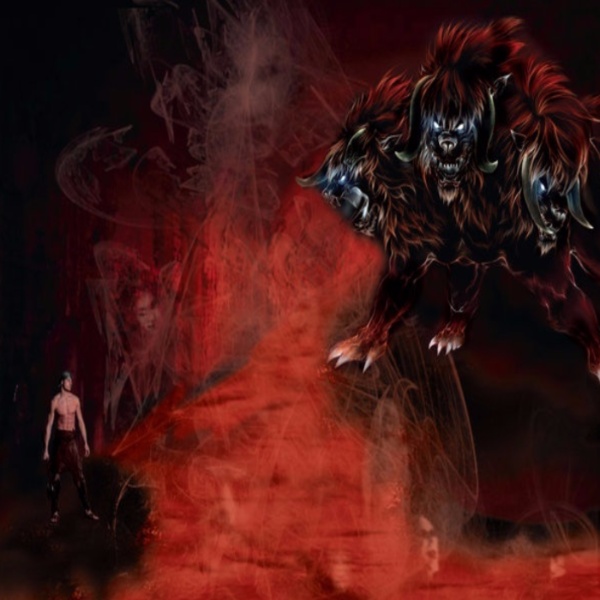 Among their ranks rose Xendor, charismatic leader and was secretly not of their ranks. Assumingly believed been a Dark Jedi that infiltrated their ranks. He was the first to hold the title 1st Grandmaster, Guardian of Cerberus. And was instrumental in the successful thief of the Sacred Kashi Talisman. That later led to both the Destruction of Kashi, when the planet when supernova. Wiping out most of the Kashi Mer culture and the Guardians c.25,000 BBY. And with it supposedly the death of Xendor himself......
His minions and successor soon after set off to aggressively round up as much if not all. Of what few survivors or refugees descendants that were left.
Once a good number of the survivors were rounded up they soon began the rebuilding process phase. Where in with the few that were found the followers of Guardian of Cerberus. Began their dastardly deed of force conversion and systematically indoctrinating them into their Order.For the most part and those deemed to be "highly gifted". Where segregated and thru experimentation they tried to create what was said be prophesied as the one....True Master Vessel. Who was strong enough to house the spirit of Cerebus and help bridge the gap between the living and spirit of chaos itself. And bring about their idea of nirvana.....where in with the sacred cycle of the breath broken. They in their own right would be able to hold sway over life itself and break open. The gap that divided Chaos and the netherworld wherein the hounds of Cerebus will be unleashed. And be able to reign supreme as it was foretold, from its ashes their planet Kashi will again be renewed. With it comes to pass the return of Xendor.......