*posts my to-do list here instead of documents, so I won't forget about it*​
More things will be added whenever I have to do something.​
Mrrew​
Start to work on next Guild project​
Start to work on space rented at the Trade Nexus​
Revamp Mrrew's bio​
Finish the Nidaam system​
Compile list for Expo​
Collect the items needed for the Expo 0 0 0 0 0 0 0 0 0 0 0 0 0​
Makkik​
Do Goliath dev thread​
Start work on Makkik's LS project​
Start work on Makkik's sculpture project​
The Cyborg​
Do another thread with Tugoro​
Get Ultrachrome​
Nawd​
Get some threads for Nawd to do​
Pibit​
Bobawwa​
Samuel Malklok​
Soran Kron​
Waahr​
Bufu Komyuta​
Get some threads for Bufu​ Srak's father was something of a common name among the underworld, specifically with those that found trouble with sentients that they or their bodyguards simply couldn't handle. A Rodian with a blaster's no problem. But people who can spit lightning from their hand, throw entire buildings without problem and snap your neck simply by looking at you are a whole different level. So when dealing with people of this caliber, bounty hunters with a specific set of skills, so to speak, were summoned. Ris Kel had several advantages over force users that his empolyers may have had problem with, in one way or another. The average force user didn't expect his or her attacks to seemingly bounce of their attacker harmlessly. They didn't expect their lightsabers to fail when touchng his armor, or for a single scratch of his poison-tipped claws to paralyze them and leave them unable to use their abilities. So Srak's father was an extremely effecient way used by crime lords or anyone else with deep pockets to dispose of pesky force users. However, as he began to grow old, his work began to fail. The occasional force users escaped, occasionally he was overrun. So, hoping he shared the skills his father had in youth, they turned to Ris' son. ​

As many mercenaries would, RIs trained his son as a sucessor. He taught him what they were up against, what to expect. He told him not to fear their powers; they should fear him . However, Srak took a slightly different approach then his father did. Rather then study obscure poisons and rare materials capable of combating force users, he studied the enemy directly. He studied force users themselves, past and present. He looked closely at what they were fighting. He studied the root of evil. They were nearly always at the start of the catostrphic events of the galaxy; the Sith Wars, the Hyperspace Wars, the Galactic Civil War, and everything in between. Reponsible for mass genocides, controlling goverments, destroying entire planets of sentient life. They ruled goverments, causing wars that killed billions ofe innocent lifeforms often for matters of greed or pointless revenge. The Sith were the worst of it, obviously, but their 'light' counterparts were no better. Their hunger for power were the reason orders such as the Sith had ever existed. His father had made a name for himself hunting force users, but he wanted to go farther then that. He wanted to rid the galaxy of them. ​ Location: The Zoo (Dunno what it'll be named yet)

Points of Interest: The Ice Cave, the Wampa nest (inside the Ice Cave), snow fields.

Description: The Arctic Exhibit was originally meant to simply be a large snowy field of Jakobeasts, for guests to view. It became a lot more than that. The main part of the exhibit, the snow fields are just that; snowy fields dotted with pines and edible shrubs, for the Jakobeast herd the zoo keeps. Guests are able to watch the Jakobeasts through binoculars, once credit coins are inserted, from a safe distance. The most interesting part of the exhibit, however, is definitely the Ice Cave. Though the cave sits on the edge of the snow fields, it is not accessible by the Jakobeast herds, for good reason; the Jakobeasts would get eaten. The cave consists of several rooms where the zoo's adult Wampa and her cubs live, eat, and goes on about her day. A system of walkways and passages have been carved into the cave's walls, where guests can look into the Wampa's home and observe the famous predator through concealed one-way transparisteel viewports. Tours of the ice caves occur six times a day.

The entire Arctic Exhibit is kept at suitable temperatures by a terraforming device located in a large utility shed in the corner of the snow fields. 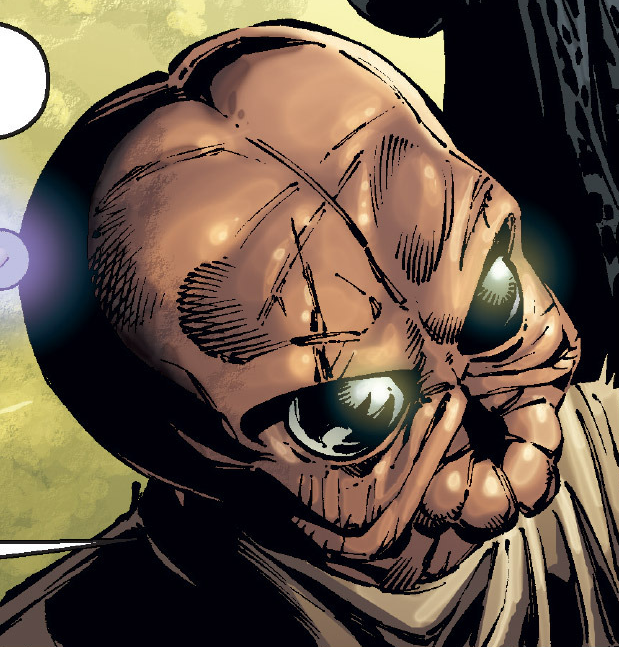 BIOGRAPHY:
Q'gak's childhood was like many's. He was orphaned at an early age, both of his parents dying almost overnight of disease. This is what sparked his interest in medicine, specifically pharmacology, at a young age. The concept of curing illnesses, saving others, discovering new diseases, propelled him through his studies as a child. However, over the course of years, his focus changed slightly. Why just cure them? There are so many other possible things. There were things waiting to be discovered that could elongate your life, make you stronger, faster, improve your senses. There were thousands. He set out to find those things- and if he couldn't find them, he planned on making them. Location: The Zoo (Dunnow hat it's gunna be called)

Description: Another of the major attractions of the zoo, the Naboo Lagoon was originally meant to hold a Sando Aqua monster. But with the immense budget that would require, and the problems of fedding something roughly the size of a building, it was decided to downgrade to a trained Dwarf Opee Sea Killer. Zoo staff are being hired to hold shows twice a day, featuring the Dwarf Sea Killer doing tricks such as fliping, rolling over in the water, and beaching on the sand.

The Lagoon is deep enough to be comfortable for the Sea Killer, as well as have a moderately sized coral reef on the bottom, home to thousands of exotic fish importaed from Naboo. An underground walkway allows guests to look through transparisteel viewports right into the underwater exhibit, in order to see an entire ecosystem of creatures only Naboo divers and Gungans would normally see, from Laas and Tees to Kreetch Eels and Emrald Sharks.

Technology: The Rai have no technology, though the Risthian Paradise has any and all luxury technologies a sentient could imagine.
History:
USE TIMELINE
History began for Risthia with the Sith Lord Kagas (sub tbm) searching for a safe haven from his rival Maus Krum, after being defeated in a Kaggath and narrowly escaping his death sentence. After the first initial days of preparing for Maus to arrive, Kagas eventually realized that he was not going to be found. Which meant one of two things; he could leave the planet and most likely eventually be discovered once more, or he could stay hidden. He chose the latter. Though he was an accomplished alchemist and influencial Sith Lord before his failure, Kagas had lost his assets; his servants and connections. He was little more then a hermit with only the technology scavenged form his ship to live by. However, he wasted no time in searching for replacements for the hundreds of slaves he once owned. Though no suitable sentient species inhabited the planet, with the only sentients being bird-like creatures useless for labor, Kagas soon set to work creating his own. As the greater galaxy went on, Kagas built his own little world on the undiscovered planet, eventually equpiing himself with a legion of Sithspawn servants made form the non-sentient Jugo that roamed the jungles, as well as a small laboratory for his creations. Eventually the Rai began to notice the lack of their natural predator, and a few clever and curious beings went to investigate, coming across Kagas' laboratory. They were confronted by two of Kagas' Sisqa, convinced they were gods, blah blah blah will finish this tomorrow.
Ecosystem: (no animals but rai and a very rare extinct species, plants pollenate themselves)
Notable PCs: &lt;Native or immigrant player-characters&gt;
Intent: &lt;The purpose and reason for making this planet. Goals for the planet. THIS IS VERY IMPORTANT!&gt;