NOTE: This is of course 100% unofficial; it's my subjective interpretation of the Timeline pages and events as I understood them. 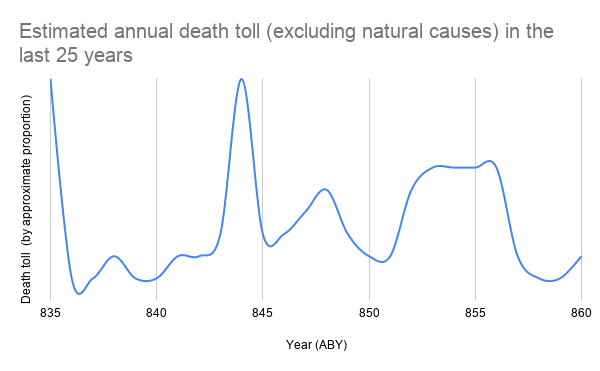