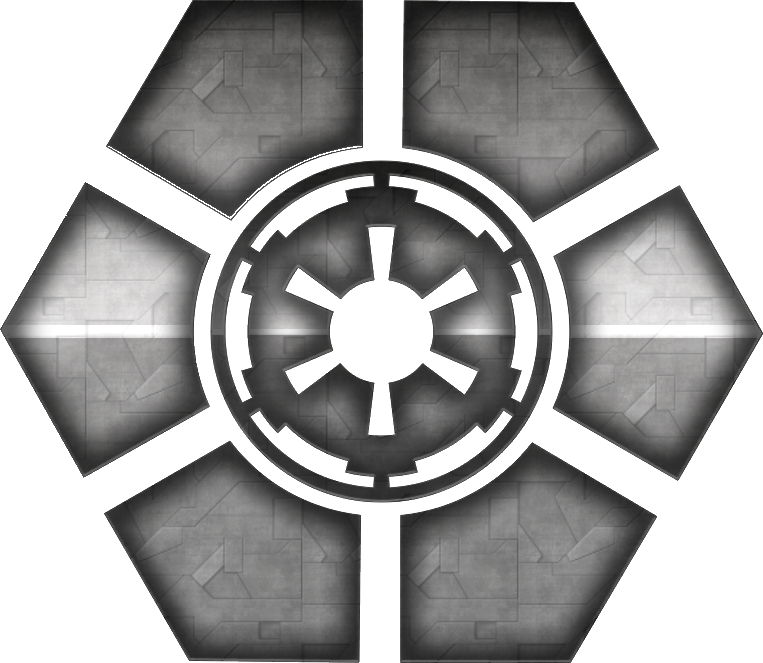 IMPERIAL VANGUARD
"We are beyond. Dreamers. Destroyers.
All of Reality. Our Whim.
Who dares stand before us?"
"I. Rurik."
—The Sith's first witness of Rurik Fel
​
The Imperial Vanguard oversees the forces of the Empire dedicated to fighting the Brotherhood of the Maw and their overlords-in-shadow the New Sith Order. Spearheaded by Task Force Trachta, the Imperial Vanguard consists of the following contingents:

TASK FORCE TRACHTA
"My talent is for killing the Empire's enemy, and that is the mission you'll give my men."
—Baron Soontir Fel
​
Task Force Trachta is the go-to set-piece under which all warposting and fleeting will be conducted throughout invasions. It encompasses all components related to the Armed Forces, COMPNOR, and even the Imperial Knights. Trachta is under the command of Lord General Erskine Barran

It has the following 'archetype' split:

SECTION 141
"What we say is principle, what we decide is regulation, what we do is law."
—Drelfin
​
Section 141 is the go-to story hook for clandestine characters such as those from COMPNOR, ISB, and Special Operations in both PvP and PvE threads. Infiltrating and sabotaging Maw assets, performing intelligence gathering and counter-intelligence ops, along with dealing with matters of preserving national security across Maw and New Imperial territories.

CHAPTER OF THE IRON CRUSADE
"Do you understand?"
"No, sire. But I will obey."
—Roan Fel and Antares Draco
​
From enacting crusade upon a New Sith Order location, purging all that is within it, to initiating inquisitions upon whole worlds of the Empire that are suspected of Dark Side activities, this is your go-to story hook - the Chapter of the Iron Crusade.

EMPIRE OF THE HAND
"You're being granted an honor, Admiral. You're the first to behold a secret finally comes to light. You're looking at the vanguard of the Empire of the Hand."
—Jagged Fel, to Natasi Daala
​
The annihilation of Csilla by the Brotherhood of the Maw and the subsequent partition of Chiss space by the Maw and the Alliance has sent Chiss Houses of Imperial disposition or legacy to the New Imperial Order as political refugees forming anew the ancient Empire of the Hand within the confined of the Empire.

If you're a Chiss character and want to take the fight to the Maw through the NIO, this is your hook in.

BULWARK INITIATIVE
" The Empire is a government. Day after day people live their lives under Imperial rule without ever seeing a stormtrooper or hearing a TIE fighter scream overhead."
—Mitth'raw'nuruodo
​
An initiative undertaken by the Moff Council to fortify all frontier worlds against hostile encroachment, both of overt and covert nature.

The Empire is no stranger to waging Total War, a concept arguably solidified across the galaxy by the New Imperial Order. If your character is a politician, a corpo, Trade Federation Illuminati, or anything in between, you might be interested in the non-combat aspect of war which can be equally lethal.

Resource and fund management and allocation, public tenders, secret policing - the frontier worlds of the Empire must withstand any storm.

Embezzle at your own risk.

AURODIUM SWORD
"Your friend is quite a mercenary. I wonder if he really cares about anything... or anybody."
—Princess Leia Organa
​
You don't care about no Maw, no Sith, no Empire - only about cash. Freelancer characters, especially mercenaries, may be contracted through Aurodium Sword as a hook into Second Great Hyperspace War stories on the NIO's side.

This is the deal.

Pray I don't alter it further.

Our faction page is here.
You'll find our discord link there, as well.
If you have any questions - ask!​
Reactions: Yula Perl, Nate Phantoms, Aurelian Sigismund and 24 others

Put this one in my based folder Blücher

The Principality of Vandemar guarantees unconditional support for the Imperial Vanguard.

The Shield Legions will offer their aid to both the Task Force Trachta as well as the Chapter of the Iron Crusade.

The Vandemarian Exarchies will put an Army Group of their Grenadier Phalanx at the disposal of the Lord General Erskine Barran .

​
Signed and Sealed by