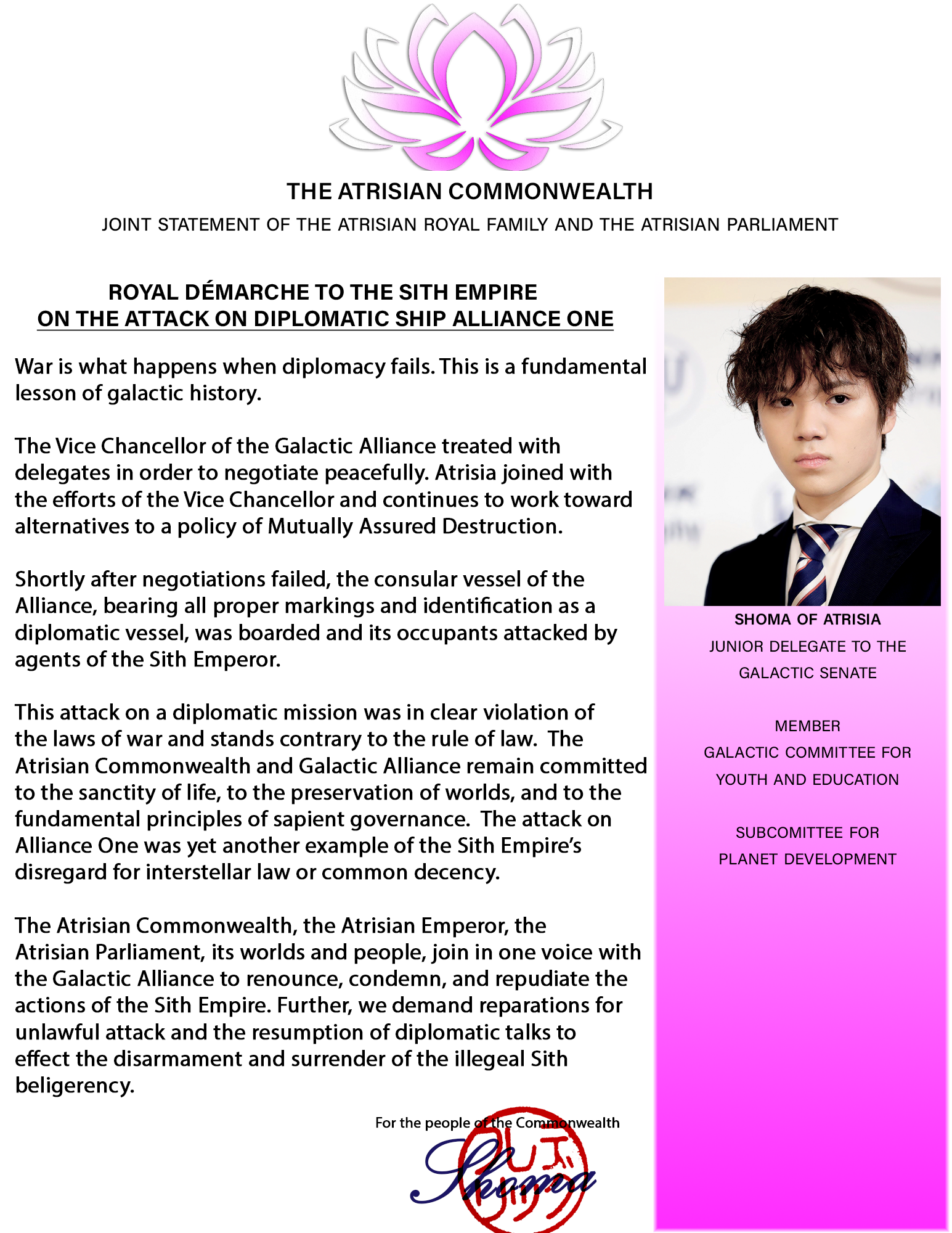 The laws of the Galactic Alliance don't carry any weight in the Sith Empire, nor is there any sort of intergalactic agreement binding any state to a cohesive set of laws and regulations.

There was an attempt at an in-universe Geneva convention, but the majority of the delegates walked out; including the Sith Empire.

Norms are established by how governments conduct themselves. That the Sith Empire attacked a diplomatic courier establishes a norm if it is not challenged by the interstellar community.

Of course, if the terms of the previous in-universe Geneva Conventions were not to the Sith Empire's liking, there's nothing to stop anyone from proffering an agreement, the terms of which they would accept. And then see where, if anywhere, that might go.