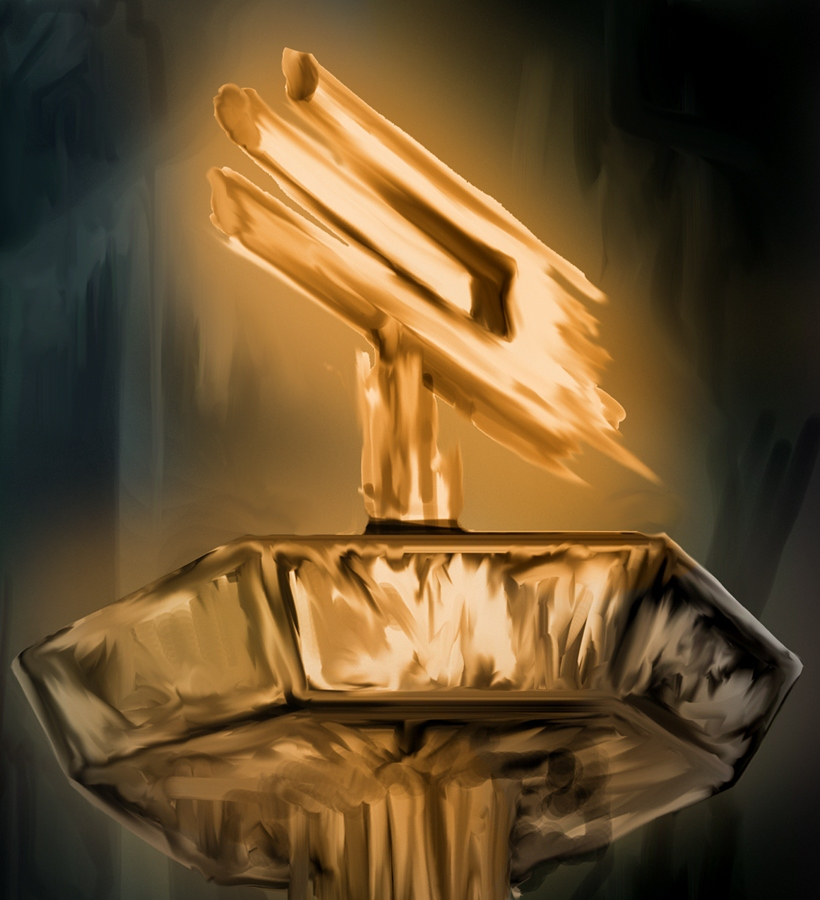 Security Procedures: Aleph Cresh Peth-049 is to be kept no less than fifty (50) meters from all sentient life forms. Apart from droids, only fully conscious sentient life forms with Qek classification and level 5 clearance are permitted within Holding Facility Dorn-45. Dorn-45 is located two hundred (200) meters beneath the ||||||||||||| on the planet |||||||||||||||, ||||||||| parsecs from the nearest significant concentration of sentient life.

Acquisition Notes: ACP-049 was brought to the attention of AEI during a routine anomaly sweep in the Etti IV system. Local authorities permitted Asset ||||||||| to examine the location, an unused dining room in a ||||||||||||||||||||||||||||||||||. The asset experienced marked dysphoria and mild amnesia, increasing with proximity to ACP-049. Qek-classified mental shielding was implemented, and the asset reported 'decreased increase' in the rate of amnesia progression. The asset applied a Kai kit to the perimeter of the room and was able to invoke ||||||||||||. The asset was reprimanded; disposable personnel were used to verify the decreased amnesia field.

Description: ACP-049 takes the form of a blivet, an impossible fork with both two and three tines. Its surface is hard and gold-hued, visibly damaged in two places. ACP-049's mass is consistent with metal, stone, or dense circuitry. When touched or struck, it vibrates harmonically at frequencies of 12.7Hz, 2390Hz, and 4420119Hz.

Files recovered from the |||||| system indicate that ACP-049 was first activated roughly 101,000 years ago. Either ACP-049 or a rumored 'crystal mountain' associated with it (designated ACP-049b) caused the entire ||||||||| civilization to become amnesiac and of reduced cognitive function. This civilization was interstellar in nature, and comprised of a single species. These neurological effects were apparently heritable. At some point around ||||||||| BBY, an event took place, centered around ACP-049 and ACP-049b, which reversed the initial event and restored cognitive function and racial memory to the ||||||||||||| species, and transformed the |||||| system in ways that modern records cannot detail, let alone explain.

ACP-049 is theorized to be capable of significant psychic, genetic, and geological transformation centered around all members of a target species, regardless of distance. Its broken and apparently malfunctioning condition are of significant concern, as is its effect on human test subjects, when all sources indicate it was designed to affect solely the |||||||| species. A worst-case scenario could see ACP-049 wipe the memory of every human, simultaneously, while decreasing individual IQ by at least 30 points.

Experimentation with disposable personnel has produced replicable results, in the form of AEI's Oblivion Edition BlasTech E-11. However, the Oblivion is comparable to a primitive culture using pieces of a crashed starship for arrowheads. The nature of this highly alien, quasi-technological, partially Force-related artifact is hotly contested, but further experimentation has been interdicted at a directoral level.

More from Velok the Younger