A Return and A Revelation

(OOC: The following is an excerpt for my private thread with Spasa and Aveline Cuiléin https://www.starwarsrp.net/threads/the-reunion.157961/ )

Jax found himself back in the Netherworld.

The bright stars filled the purple starry sky while Jax wondered the plane dressed in his long white robes. Looking around Jax quickly found out that once again he was in between the living and the dead. The last time he was here it was after Jax died at Ziost killed by Pom Stych Tivé, yet this time it felt different as though instead being offered a chance to become one with the Force Jax was being summoned. The more further Jax walked the more he heard a voice talking, beckoning Jax to come closer. Feeling the tall strands of grass through his fingers, Jax approached the massive acacia tree in the middle in the middle of the Grasslands. A bright light shimmered in front of him forming into an old man dressed in Jedi Robes.

"Master Oda!" Jax's heart stopped and immediately dropped to his knees. Oda looked at him bemused and shook his head. "How many times do I have to tell you Jax?" He said in his usual raspy voice. "Stand up! You are a Jedi!" 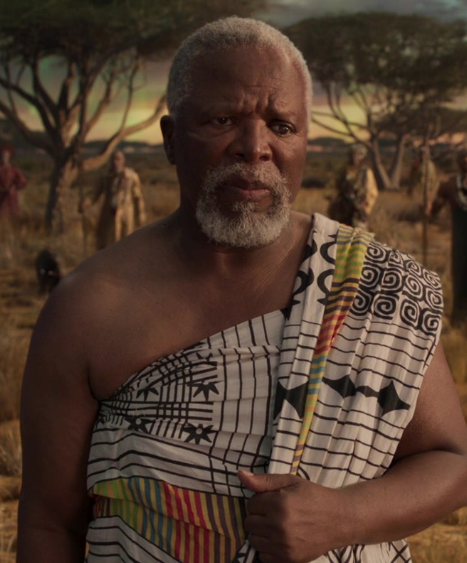 Reluctantly, Jax slowly rose up doing his best to stop the tears from forming in his eyes. So many questions to ask since they last met, even now after his brush with death it was still shocking to see his old master again. "Master Oda," Jax whispered. "Why did you summon me?"

"To see you once again Jax," Oda replied. "To tell you how much I'm proud of you, you are not a Jedi Knight any more."

Oda chuckled. "I won't spoil it for you," he said. "You're no longer that reckless and suicidal man Jax, you've become strong and wise. Yet there are still hurdles for you to overcome."

Jax remained at attention listening to every word that Master Oda told him. "Pom....," Oda began. "Will do whatever it takes to kill her other self, you have freed Spasa from Pom but now she is still in grave danger. Pom is seeking Spasa, seeking her and all her thoughts bent to Spasa. Pom years to kill Spasa so she can know true darkness but you and I both know that it'll doom her as well."

Jax knew that, he even warned Pom about it but Spasa is here and Jax will have to do what it takes to protect her. Yet that wasn't what Oda summoned Jax for, he can feel that Oda was hiding something. Besides......

"Quite right," Oda looked down. "There is another matter with your family bloodline."

"My parents?" Jax asked taking a step forward Oda looked at him worry etched on his face. "You will find the truth about your family soon Jax," Oda said. "It'll be more complicated than what you'll anticipate. If you want to learn the truth of where you came from, Spasa is the key."

The Netherworld began to fade around him as Oda smiled.

Were his last words as Jax's vision was obscured by the bright light his body was now doused with pain as the sound of multiple water fountains were heard. Groaning, Jax slowly opened his eyes as he found himself being dragged by Spasa. "What the frack?" Jax mumbled trying to move but was unable to.
Reactions: Ingrid L'lerim-Vandiir