BIOGRAPHY:
Zoe was born to a poor Nautolan couple on Glee Anselm, and, along with her parents, tried to escape poverty by turning to a life of smuggling. That went well for a while, but before long a deal went bad, and @[member="Gajjulla the Hutt"] ended up sending her parents to the mines and her into chains. In her mid-teens she managed a not-so-clean escape attempt, and while on the run ran into a group of Mandalorians before the Hutt's men caught up to her. They tried to seize her, but the Mandalorians informed them she was a member of Clan Kelborn, and her capture would be considered an offense against Mandalore. They allowed her leave, and true to their word Clan Kelborn adopted Zoe, and she learned the Mandalorian way, before finally becoming an Initiate, hoping to bring honor to the name of the clan who saved her.

Sorry about putting your parents in mines and chaining you up (;
@[member="Zoe Kelborn"]

Character Bio
It's alright. I 'm sure we'll, or I'll rather, fix everything up later (; 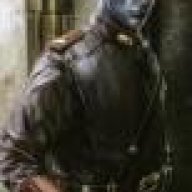 Character Bio
@[member="Zoe Kelborn"]
Prettiest Nautolan I ever did see. One day, I'd like to meet you and take you away from them weak mandos.