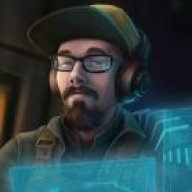 PRODUCTION INFORMATION
SPECIAL FEATURES
Strengths:
Weaknesses:
DESCRIPTION
The ZI-S321 Inertial Compensator, a device built to help pilots and passengers to withstand the dangerous powers of G-forces. This device is meant for only sizes of starships of starfighters and corvettes. Principally, the Inertial Compensator is a very common but a necessary mechanism in modern travels.

Although it's a new product, not much of exclusive upgrades has been made from its ancestors. The only difference is in the quality in which pilots have the potential to control the feel of their ship by having better command on its dial. The ZI-S321 is not a very difficult equipment to use, beginning pilots and experienced ones find this comfortable.

As often located inside a ship, Inertial Compensators are not really given its own armor because it would be considered unpractical. Zayne himself decided increased quality over extra protection. As such, the ZI-S321 Inertial Compensator is powerless to laser bolts or even to a good well-thrown punch.

In reality, the ZI-321 is just a simple device with one of the most high-quality results compared to other Inertial Compensators. Its performance makes it a highly recommended choice for military starships, maybe a little too expensive for civilian ships though. Zayne Industries hopes for creating larger compensators for even bigger starships in the near future.