The Black Prophet of Balagoth 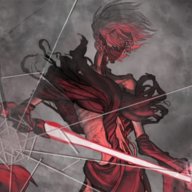 Character Bio
Below is an NPC Unit I am about to create:


Name: Zambrano Terror Runners
Intent: To create Zambrano's personal 'unit' of 'soldiers', based off of the "The Primeval Prisoners", with a much darker and deadlier twist
Affiliation: Warlord Zambrano the Hutt
Availability: Uncommon
Type: Infantry
Strength: 150 poor unfortunate souls
Description: Though ordinarily a Warlord of the skies, Zambrano the Hutt does not, unfortunately, mess well with any currently organized structure for military units in the Primeval, due to his rampant insanity and fiendish desire to desolate the flesh of all living things within his path without much discrimination. Seeming as the Directory chooses to continue the facade that Zambrano is in control of his own domain, it is only fitting that this frightening character should possess an equally frightening force for when he must storm planets on the ground.

The solution, is almost the epitome of war crimes, and violations of basic sentient rights.

Pirates that survived the purge in the Chiloon Rift, the worst bunch of criminals wild space ever saw, enemies somehow left alive after their defeat and captured; these are the descriptions of any man, woman, or child set into service of the psychopathic Warlord's personal forces. They are all chained up, and set to observe the living horror of Zambrano the Hutt, some of them are even made an example of in order to ensure the reality of their situation sets in. Over the course of several weeks, they quickly learn to accept Zambrano the Hutt as the horror of horrors. However, their pitiful indoctrination into his forces is not complete just yet, after this.

Rather than being given traditional weaponry, and told to heed orders, instead their bodies have been cybernetically weaponized into suicide bombs (explosive force comparable to thermal detonator), and told to do nothing but run for their lives, run for their freedom, to escape the Warlord at all costs. They are given basic throw away vibroblades, and the simplest armor that can be allocated to them. That, however, is not all that is done to them. They have been cybernetically violated, implanted with devices other than their simple explosives, that motivate them like dogs to complete one task: run into enemy lines away from the Warlord.

Once they've run into their objective, they are detonated remotely from officers under command of the Directory (who are likely observing the battle from space). What is worse however, is that the Terror Runners do not even realize they are rigged to explode, until after they've seen their compatriots suddenly explode without warning, which usually means it is too late for them.

Strengths:
Weakness:
Links: N/a
I would like to know if it would be too OP if I added in an iBorg Spark Implant to all suicide bombers and install the Aurek Gatebreaker Node to them. Suicide Bombers that ignore shields, essentially.

If this is not to much power, would this require a development thread?

The Black Prophet of Balagoth