You Fool...There's No Such Thing As An Immortal! 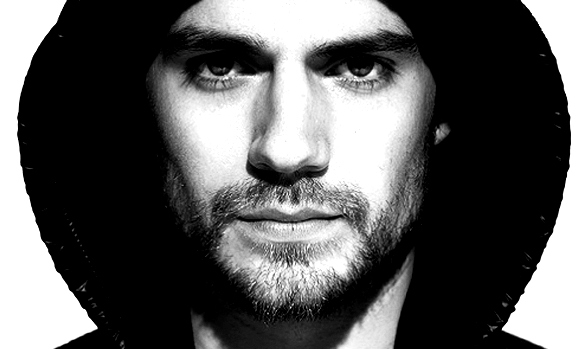 To say Jacen was pleased with his current situation was an understatement, the predator had it's prey. Best part about it all, was that no one had a clue what was about to happen. The Sullustans below went about their menial tasks with the utmost focus, and the day was nearing it's end. Nightfall had already taken place on the hazardous world above, but in the caves where all of Sullust lived, the day still had some time left. Most of the shift workers were leaving for the day, and that was exactly the way he wanted it. The collateral damage was going to be high to begin with, there was no need to attract unnecessary attention from the larger entities in the galaxy. This needed to be framed in the context of a poor-against-the-rich context. No one needed to know this was business against business, or a Sith Lord simply having his fun.

When in reality it was business and fun.

"Yes, go ahead and get started." Cavill pulled his sleeve up and over his comm-unit, while adjusting the gloves he was wearing. Crouched on top of one of the many buildings lining the facility, he made sure to keep an ear focused on the guard's comm-unit as well as his own communicator. "Proceeding to the point, sir. See you on the other end." They foolishly thought he was a liberator bringing Subach-Innes guns to them along with many credits so they could overthrow the company that nearly ruled their poor excuse of a world. The dead guard near him could attest to the fact that he was none of the above, he was simply covering his tracks. Eliminating a loose end was par for the course with using only credits that couldn't be traced to any of his names, or giving a competitor's guns to the rebels so it didn't look like Blas-Tech had anything to do with this.

The explosions were sounding, and he adjusted the hood he was wearing to go along with the dark robes he was wearing as well. An unmarked BTI-EE-13 was strapped to his back, with a BTI-WB strapped to his thigh in a holster. In his left hand was his lightsaber that he would use sparingly, no one need to know that a Force-User was at work on this. Standing to his full height, he watched as the defenses began converging on the attack happening completely on the other side of the facility. This is working too perfectly, he thought to himself.

Then Jacen walked to the edge, and was about to jump off the building when something caught his attention...

Character Bio
Standing atop a building opposite Mr. Cavill was a figure in a flowing red duster which fluttered gently in the circulated air of the underground facility. A fedora with a wide, almost hilariously floppy brim sat perched above paired amber eyes that shone with inner malice as a being of immense age cocked its head slowly.

"Oh, I'm sorry.", it says, voice quiet as the void. "Were... were you in the middle of something." Shifting, the figure looked towards the explosions and then back to Jacen. "Because uh, if you were, ya know, my bad." Long, slender arms hung limply at its sides, and white gloves with ancient Sith language scrawled across it could be readily seen, even from the span of building to building.

Below, however, below was the real sight. Guards. More than the usual contingent. The red figure lowered it's gaze, head dropping a bit as it seemed to notice, for the first time, the milling mass below.

"Whoops. Did I forget to mention that they beefed up security following an anonymous tip? MY BAD." Holding his hands up to his side as if to say 'what can ya do', it grins, showcasing viciously sharp white teeth set against alabaster skin. "But don't let me stop you..."

It extended a hand, sweeping it across to encapsulate the corporate security. "Let them." It paused. "Or, ya know, don't. Not really my problem." Laughing obnoxiously, the figure simply... disappeared.

A darkness had radiated from the masculine figure, and so too did it come from the crowd in droves; a curiosity, for sure. But where the security's was more reserved, like the lingering touch of a Darksider, the red man had shone it like a beacon. Terror, sorrow, grief, anguish, all had been nearly palpable in the air...

Until, of course, the man had disappeared.

"What the feth?" Came his question upon looking at the darksider that had simply "appeared." The series of event that happened next simply left the former noble of Serreno dumbfounded. Half-listening at best, he simply looked past the being and saw all the guards that shouldn't know about him. What in the kark, have I gotten myself into? Through the darkside he was astounded at the aura the creature infront of him was giving off, it's alabaster skin and fangs clearly showing it wasn't human. Whatever it was....it was ancient. Racking his mind, Cavill was at a loss for words as he simply felt the ancient power, and what it was doing to those who were coming.

He's altering their state of mind? The thought was more a question than anything. Searching, blue eyes tried to meet what had suddenly foiled a perfect plan. The explosions were still sounding to his rear, but he was now faced with a manic security force that was much larger than the one he had been anticipating. Though the darkness he could feel the malicious intent radiating off of those about to fire on him, and with a pop the other darksider was gone. More questions than answers crossed his mind, and he had to focus on the rage he was now feeling.

He had literally been caught with his pants down.

The crimson blade came to life as his eyes changed to the yellow/red hue that were synonymous with full dark-side immersion. Taking a two handed grip, he guided the bar of energy to the spots it needed to be to send the bolts back on those who would dare try and end him. The anger was building, and a headache was coming on. Knowing what was about to happen, Cavill stepped back during his deflections. The fire was traveling up his spine, and he simply allowed it to happen. More and more guards fell, and his anger built up in correlation to the headache he was getting. Embers of fire rose up his back, and up his neck and up his chin. Feeling what was about to happen, he focused his eyes on the remaining guards and planted his feet. "Burn!"

He set his blade in a one-handed grip and let his deadly sight fire. A few moments passed, and none were left standing.

Blinking back the pain, he jumped off the building and made haste inside the nearest room. Looking around, he decided to try and salvage his plan. First, I need to get to the core. Making a mental note, he headed in that direction. His now deactivated blade at the ready for another appearance from this being that had ruined everything.

Character Bio
Hiding his Force Signature, Disciple smiled as he reappeared amid the throng of corpses left behind by the Sith. Standing in the middle of the road, blood and gore strewn around him.... Disciple began to chuckle. It was low, menacing, and entirely amused by the display that had just been put on.

Slowly, a faint hiss sounded through the air, like the sound of raw meat hitting a grill. Smiling to himself, the crimson garbed figure wet his lips as bodies began to dissolve around him, turning to liquid and mingling with the blood that fed the hungry ground. Disturbingly, the liquid began to move, forming about the feet of the Sith and then disappearing into the soles of his riding boots as though into a reservoir.

"Tinker, Tailor, Soldier, Spy...", he muses to himself aloud as he begins to walk, following after Jacen as he headed towards his next target.

Reaching out with his mind, Disciple begins to conjure up obstacles - apparently locked doors, security guards. Anything to enrage Jacen and impede his progress.