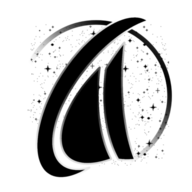 Culture: The non-descript human culture has largely been overrun by a virrilant form of Echani culture.
Technology: Few starships exist on the world and all are used only to patrol, society is largely agrarian and subsistence based.
History: For thousands of years, Xextos has acted as a rendezvous point and hide out for human smugglers and mercs. This all changed during the Great Hyperspace Wars when the moon was destroyed causing debris to litter the skies and make traversing the atmosphere problematic. This same point saw the introduction of many fleeing refugees just prior to the cutting off the of the planet. General Yusanis of the Republic saw fit to send many an Echani to this world to keep them safe, and a number of humans followed suit, hoping to make a living and keep safe from the wars. The population was very low at this time, only in the tens of thousands. With the moon's explosion, the season's and the tides were all stunted in their progression and the planet was all but cut off. A Jedi, named Arren Kae, was pregnant with the General's daughter at the time and she found her way through the debris field and crashed on the jungle world. Here she raised her daughter in the Echani and Jedi way, which were in turn passed on through the generations. Arren Kae was the first leader to unit several of the quickly forming tribes, but it was not until Hana;s grandmother, some 4000 years later, that all the tribes were finally reunited and the debris field had been discovered to have cleared enough to again venture forth.
Notable PC's: Hana Kae

Intent: To serve as a home and plot point for Hana Kae, battle ground for future plots, and pawn in the scheme to control the Echani world of Thyrsus.

Character Bio
Hey there @[member="Ala Vallen"] - There are a few changes which will need to be made before this can be approved;

Due to the small mass-size of the planet, the gravity should be lowered by a third/half, making it less-than-standard. I'd also like some information on what the "Great Beast" is, if it's canon could you hyperlink it, as there's no mention of it elsewhere.

I'd also like you to keep in mind that this submission should be helping to further lore through the Cultural, Technological and Historical sections, and at present I don't feel they're up to scratch - Can you please expand on each of these? - I'd also like to add that given how long they were cut off their technology would be way behind the rest of the Galaxy, due to lack of exposure to the ideas of others, and their knowledge of the Galaxy would likely be lacking too. I'm sceptical that they'd even have ships at this point, especially since resources would be spread out across the planet (and you've stated that they weren't united until fairly recently, limiting trade and access)

If you could get this seen to and then @ mention me when you're done that would be great.

It is my first crack at this so I will sit down and work through it a little more. Should probably not have done it at work Also, many of the size/location etc things are not majorly important to me so I will edit them no probs.

Sorry, one other thing. Could you also change the Planet Name/Demonym/Native Species Name to avoid confusion with the Xexto (a canon species)

S'all good. In consideration for what someone else is wanting to do with their character I will be removing Hana Kae from active play before she gets started I don't really have time to maintain a second character at the moment anyway, so you can scrap this thread