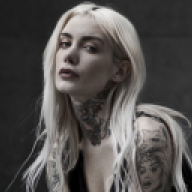 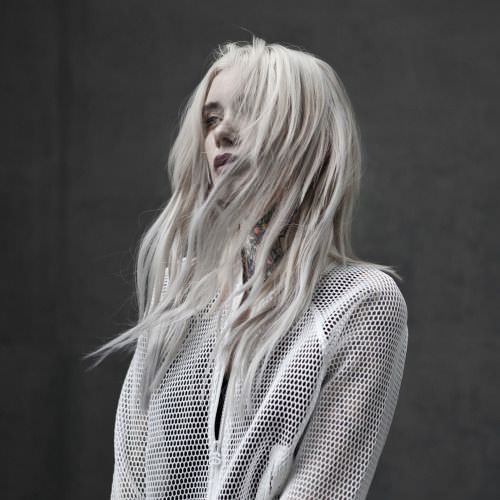 "Softness ruined me. Never again will I be gentle. I will be bloodied knuckles and scuffed elbows. I will remain rough."​
THEME​

Mannerisms: Xavierah is, in many ways, her father’s daughter. There is no doubt she possesses his analytic capabilities and his eye for business and profit. She is smart and well-spoken, thanks to the private schooling her father put her through. Despite these positive traits, however, she also inherited his capacity for cruelty, though her anger has just as much a tendency of being calm and calculating as it does harsh and explosive.

Greatest flaw: Xavierah’s greatest flaw is her perfectionism and need to be seen as correct or valid in her actions. A history of neglect means she lacked any sort of emotional fulfillment in her childhood, and it is that she makes up for now.

Best quality: Her overall best quality is her intelligence and the ease it lends to operating within the life she leads, where any failure is potentially disastrous. The intelligence she possesses ensures a mostly unscathed survival, and it is without a doubt the quality she is most proud of.

Are you Force-sensitive? No.

Emotional and Mental Characteristics
Language(s): Basic, Huttese, fragments of Old Corellian
Positive Traits:
+ Highly intelligent: Xavierah is undeniably very bright, making connections where most would overlook them, quick to analyze and digest new information.
+ Criminal mind: Xavierah has an innate understanding of how the underworld works, and knows just how much of an impact even the smallest of actions can have on the larger whole. Because of this, she inherited her father's syndicate, with Eclipse prospering under her new rule.
+ Master manipulator: She knows how to use what she has to convince others to do her will, whether that means offering credits, or something more illicit.

Negative Traits:
- Product of neglect: Due to her father's lack of any real presence in her life, Xavierah learned to provide for herself early. More than that, however, any lack of a parental figure beyond the presence of a family friend left her emotionally distant as a consequence, with a fear of becoming dependent on others else they abandon her just as her father did.
- Lack of attachment: Due to her childhood experiences, Xavierah refuses to become attached to others almost on principle, saving herself the pain from when they - in her eyes - inevitably leave.
- Violent anger: While it may come with the territory of never learning to regulate one's emotions at a crucial age, it is still a critical piece that directly impacts her life. Simply put, she has difficulties regulating her emotions, and while most of the time this turmoil takes place internally, it can also reap disastrous consequences for all.


History
Growing up, Xavierah never really knew her father. She knew of him, of course, but she can count the times she actually met the man in person on one hand and still have plenty of fingers left over. He maintained a distinct lack of involvement in her life, and she grew up hearing of him secondhand through Jael, the family friend that quickly became her designated guardian. While he provided for her to his best ability everything she required, the lack of any true parenting led to a stunted childhood.

Still, she was shielded from the most dangerously violent aspects of her father's business, and on top of that was provided private schooling at the highest level; anything to help her succeed. Constantly throughout her life Jael did what he could to steer her away from becoming anything like the father she never knew, encouraging her towards intellectual pursuits that held real gain and potential for one so young.

Despite his efforts she still acted out, but remained mostly in line. When she hit adulthood Jael allowed her to cut ties as she wished, understanding that there truly was nothing he could do to control her any longer. Since then she has delved into the aspects of life he attempted to keep hidden from her, returning to the Corellian underworld in the hopes of reviving her father's long-dead criminal enterprise.

Threads
In with the Old, in with the New
A Game of Survival
The Path Not Taken


"Most people are better in the abstract."​
You must log in or register to reply here.