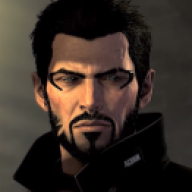 
APPEARANCE:
Describe your character's physical appearance. While your avatar should represent your character's appearance, there might be some things not apparent in it for use in role-playing. Height, weight, eye color, hair color, and skin color may also be listed here.

BIOGRAPHY:
Malvo was born an orphan on Nar Shadaa. He lived in a Kereser Shelter when he was very young. The Orphanage was first established long ago by a benevolent businessman. After his death, it was taken over by a local Hutt who uses it to train the children as criminals. Malvo. There was a raid on the Orphanage by members of an organization that rivaled the Hutt. Malvo escaped, moving towards the streets of Nar Shadaa to fend for himself. He stole food whenever he could. On his teen years, he joined a gang that used cybernetics


SHIP:
Does your character have a personal ship? If so, describe it in moderate detail (what does it look like, what can it do, what types of weapons and engines does it have, etc.).