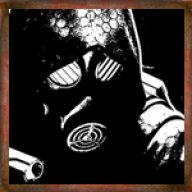 In the back of a small pet store, in a low maintenance, rusty cage lay something small, blue, and fuzzy. Anu'leth looked up solemnly from his post for a few seconds, then laid his head back down with a sigh. He'd only been stuck there for a few weeks, but it was beginning to feel like an eternity. He hated it here. No trees to climb, no fresh air. It was a literal dump. He fished around in his food bowl, trying to find something that wasn't stale. No luck. He was in a living hell.

There weren't many reasons to come back to Coruscant, in Aleidis' opinion. A fair bit of bad blood, some resentment. But she did have friends, here - Joshua Dragonsflame, Talen Nerius, a handful of others. People who remembered her tenure as Chancellor, who remembered what she'd done and what she stood for. And others, in less known places. Eyes and ears.

One of those people kept an eye on a very specific market. Slavery was a big issue to the Ghostling, of course. Her own people were a hot commodity on the slave market, but they weren't the only thing on Datar worth a pretty credit. Ghostlings were sex toys, Wyrden were simply toys. So when Alei's contact sent a message that something had come up, she didn't hesitate.

And she didn't play fair.

"Kiranah dar'orzuuda, Wyrden." Aleidis murmured quietly, her form shimmering into coherence in front of Anu'leth's miserable little cage. She'd come into the store as a ghost should - invisible, basically undetectable to all but a handful of eyes in the Galaxy. Her tone was soft and concerned, her words a casual greeting in the native tongue of Datar. "My name is Aleidis - and I'm going to break you out." His ears perked up as soon as the form of a young girl shimmered before him, and curiosity brought him forward. Bringing his little nose to the cage, he gave a light sniff, and his eyes widened. "Ghostling! W-what are you doing here? You could get caught!" He was very thankful for her willingness to help, but he didn't want anybody to trap her like he had been trapped. His ears drooping once more, Anu'leth shrunk away to the back of the cage, muttering unintelligible words from his own language.

Aleidis put her fingers to her lips and smiled. "Taina dari'dara malrah-wai." She promised in with a whisper, essentially promising him they'd have more luck trying to catch a tempest in a teapot than taking her prisoner. The Ghostling furtively glanced up at the counter to keep a weather eye on the relatively stoned-looking clerk as she began fiddling with the catch to the Wyrden's cage. "Relax. I'm on your side." Aleidis added for good measure as the cage door caught, then popped quietly open. A cheeky grin to show she was proud of herself, as the Ghostling girl slid the sliced datapad she'd used to break the little blue Wyrden free into her back pocket. "...now, c'mon. I bet you can't wait to get out of here."

From the point of view of the Clerk, nothing was going on - the Wyrden was circling his cage despondently. Aleidis was a skilled illusionist, after all. And what kind of illusionist couldn't break someone out of a damned pet shop?

Gingerly, Anu'leth stepped forward to the edge of the cage. As he stepped into the light, it was evident how malnourished he was. His eyes were a little sunken, and his ribs showed through. If the ghostling would have reached a hand over, he would've flinched, as if expecting pain. "It's... it's safe?" He looked around at the rest of the store.

"Safe as can be. Renzi'ah dar'zudai, let's get out of here." Aleidis murmured soothingly, considering leaving the shopkeeper something nasty for the trouble - like a debilitating mental compulsion or a long-standing illusion. In the end, however, she decided not to; such things were the province of the Dark side, and she strived to be anything but.

Anu sniffed the ghostling's hand for a second, before running up her arm and settling himself upon her shoulder with a light purring. She was warm, and she smelled of trees. Perfect. He have a content sigh and nuzzled her softly. "Reasy to go now."