When it becomes to dark.. (Jedi/Republicans)

Samael gazed along the whispy grey of clouds, wings fully extended and swelling with wind. Hair white as falling snow blew quickly against his face and beyond, Tetgeia (his sword, the sub is in the works so ignore that. Plus it's unimportant.) strapped to his left hip and his arms at his side's. Flying swift and true, Samael made quick time landing before the entrance to the Jedi Temple. Eyes sharp and acute, he slowly walked closer to the entrance.

"@[member="Ben Watts"]..." Samael said softly, cloaking the words in the force so he knew the aforementioned man would hear as well, "Please come to the front entrance. I wish to speak with you. No you do not know who I am, and nor do I mean any harm to those around here...I need the guidance of a true Master of the Light..." 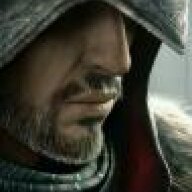 Very few things slipped past the Grandmaster of the Jedi Order. Though his days were constantly busy, his atonement to the force, particularly in the Jedi Temple, allowed very little to go under his radar. So when an unknown presence made its appearance on the planet, Ben's interest was peaked, and he immediately left his studies and wandered around the temple, feeling it get closer to the temple with every passing second. At first he was unsure of whether or not the presence was a thread, but he would meet it head on anyways, it was his job as the overseer of the Jedi.

A voice, it called to him, and Ben listened quietly as he was asked to come to the entrance of the temple. Making quick strides, he made his way to the front of the temple, the trip taking no longer than two minutes. He was met by a man with white hair and wings. Arms folded behind his back, he stood across from the man, his lightside presence emanating a light so bright that, even in the face of pure darkside, could drown it out. It was not intimidation at this point, as the years wore on, his connection to the force only grew stronger. He made no efforts to suppress it as he was on his home, in his temple, and he wanted it to flow freely.

"Welcome to the Jedi Temple," Ben said, eye balling the man, trying to figure out why he was seeking a master of the light. "What brings you here today?" His voice was chipper, as if he was speaking to an old friend, but that was how he always sounded. By now he was sure everyone knew of his friendly demeanor.

Wrapping his wings tightly against his back, Samael eyed the man before him. He had a powerful signature in the force, that was easy to detect, but as well he had a demeanor about him that seemed to calm Samael for a moment. Just a moment, then his natural brought rage resurfaced. But as always, he kept it under control, but despite the control his force signature would always be tainted by the dark. And that was why he had come, he wished to be around as many Jedi as possible, learn their ways for a bit. If not to become a Jedi, but to actually make himself a better person. Whom better then the esteemed Grandmaster?

"Will you walk with me? I wish to speak with yourself, and any you advise." Samael said calmly, the power of the darkside welled up inside the boy, and was emanating in strong waves. His alchemical creation at the hands of Kaine Zambrano, this made his life hell. To Ben, he would seem a grown man, little did any know he was barely more then a frightened and eternally angry teenager.