What's that Vong Cooking up on Coruscant?

Character Bio
Coruscant, such a strange world. It seemed the entire place was made of metal, mountains and mountains of metal. his bare feet met the cold steel and he shivered a bit as he went along. He had worked very hard and very long to get a meeting with the Senator of Coruscant, as this planet seemed to have a trillion people, and thus the man had much to carry out. He needed to make sure he utilized his chance now, as he likely wouldn't have another chance with how busy the man was.

When he finally reached the building he was instructed to head to he entered the metal mountain, before finding a small room that accelerated upwards, into the sky and the top of the sky scraper. After coming out he was escorted by the man's numerous staff to reach the office of Senator @[member="Silas Opri"].

"Had a busy day today Senator?" He asked, starting with a cordial approach. 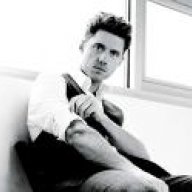 Character Bio
"I wish busy would be a Luxury it seems everyone on coruscant wants my personal view on everything" Silas laughed as he offered his hand to the Vong.He indicated for Enga to take a seat in one of the chairs in front of his desk.Silas shifted a stack of papers aside and took out the one file relevant to this meeting. He shook his head "I'm sorry how rude of me would you like a drink before we begin?"

Character Bio
Enga gladly took a seat at the Senator's motion, taking a upright and self-supporting posture. He was noticeable a bit taken aback by the Senator's offer for a drink, not really by the Senator's kindness, but at the thought of a drink from Coruscant. He didn't quite know what to ask for.


"Um, that would be nice. I'll have . . . " He said, pausing for a moment. "Whatever is popular on Coruscant I suppose." He continued, as he reached into a briefcase and took out a couple datapads. Quirky things, cold steel with lights and shapes everchanging, but Enga had adapted to be able to use them, as they seemed a standard for business.

He handed a datapad to the man, with lists of contacts and associates he had made thusfar. "As you can see, I've made progress in a few worlds thusfar, and am finalizing deals in order to get a cheap food source for all manner of creatures. I think we can finally afford to expand to a world like Coruscant."

Character Bio
Silas had a staff member bring them water.He took the datapad "You have a strong plan and your success is clear ... However I have one query Coruscant has a notorious space problem where do you propose to set up shop" He said a company such as this would be a sterling edition but was it viable he certainly hoped so.His secutry placed a tray with two glasses of water.

Character Bio
Enga took a sip of the water brought to them by @[member="Silas Opri"]'s staffer and listened to the Senators words, before reaching into his briefcase for another datapad.

"It took me a while to find it." He said, as he pulled up the relevant data. "But a while back a woman died who owned a hospital on Coruscant, leaving the property to her husband, who was in prison. Thus, a place called Zel Medical was seized by the government, but it hasn't been used or purchased. I'd very much like to purchase the lot, as it has a lot of medical equipment we could utilize, and is already built to taking care of people." He said, and gave the datapad filled with information on the Zel Medical Lot to the Senator, allowing him to look over it.

Character Bio
Silas looked over it and nodded he had forgotten about this place "This is a good plan how much are you offering?" He asked the plan was coming together

Character Bio
Enga Thaal looked at another datapad, and made a few quick motiongs, dragging and pointing at this and that here and there, in an apparant motion that would be seen as calculating some numbers.

"By my count." He said, a bit unsuredly in his voice . Manipulating foreign currencies wasn't exactly Thaal's strongpoint. "It should be two hundred thousand for the lot, and another three hundred to purchase the equipment in the facility." He said, as he looked at his bank account and stifled a frown. He could purchase it, but it would make quite the heavy dent. "I have the funding ready to make the purchase, even now if you wish." He said to @[member="Silas Opri"].

Character Bio
"I am happy with that give me a moment to gather the papers" He said as he stood and walked out.His cane clicking on the floor.He was gone for another few minutes and returned several contracts in hands.He went through the contract with the basic requirements not to knock it down ect. and gestured for areas to sign before shacking the mans hand "Good luck" he smiled

Character Bio
Enga waited as the Senator rose and walked out of the office into a back room, noticeably self-motivated and mobile using a crutch of some sort. It seemed the man had some sort of injury, but wouldn't let it hinder him. It was an odd sight for Enga, as the Gods of the Yuuzhan Vong would consider a crippled man such as he a Shamed One, but here, in another galaxy, he had become one of the most influential people on a world that held a trillion people. This conflicted with Enga's beliefs, but he would let it go, he had work to do.

The Senator presented him the papers, both for the deed to Zel Medical and for a license to open up a semi-sentient care center, and motioned at the areas to initial, sign, and otherwise show his mark. Once he completed the procedures he shook his hand with the Senators and smiled in return.

"Thank you for your time Senator." He said, with great pleasure and left the office, leaving the Coruscanti Senator to his deeds.

Character Bio
"You are most welcome I wish you every success with the endeavor" He said his voice friendly as he shook the vongs hand.Once the man had left he returned to work preparing for his next senate meeting.
You must log in or register to reply here.
Share:
Share
Menu
Log in
Register
Install the app
Top