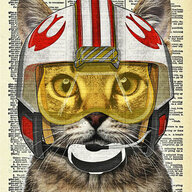 The mission was supposed to be a straightforward supply run for the Rebel Alliance so Dirks Hutchinson had volunteered to stay behind and do it while everyone else went on a much deserved R & R to blow off a little steam and relax. He watched with accepting resignation as the Siren lifted from the landing pad, and that his mermaid was no longer his; that she was indeed with the better man for her.

It had been the hardest thing coming back to find out Thessa and Judah were a couple with an offer of marriage on the table from the salvager. But after understanding completely what the Galan had been through since the SpecOps Major been gone and who had been there for her day in and day out, the decision was an easy one for the Rendili to make. Dirks let his beloved Thee go with his blessing to the other man, though with a brotherly-like warning to treat her well or else.

Hazel green eyes diverted their gaze from looking out the cockpit viewport back to the pre-fight check list in hand as Hutch continued to get the Glorious Bounty ready for take off. While on this milk run, an LE-repair droid named Leevo had been assigned to keep the former Rogue company. The piloting duties of the YT-1930 would be handled by Hutch, but it was always nice to have a co-pilot to be there just in case things got busy. Draining the last of his morning caf, Dirks put the covered caf tumbler back into a cup holder off to the side of the captain's chair, then keyed the ship's internal comm system.

"Leevo… Ship's all ready to go, buddy. What's holding up the show?" he asked with a little irritation in his voice as they should have lifted off by now if they were to make it to the rendezvous point in time to meet up with the Rebel Alliance supplier.

With a good number of folks scattering themselves and some mild downtime, Delila found herself with nothing to do. Trying to contemplate how long ago such a thing had happened was mind boggling. The last time was possibly after the Reaver attacks and her shiny new liver had left her decommissioned. Those were incredibly long and boring days indeed, even with her lack of following rules and slogging remotely through Protectorate forms and red tape. With the thought of going stir-crazy amongst the fleet on her mind, Delila had volunteered herself for an assignment.

The only problem was that Dirk Hutchinson was leading. Normally, it wouldn't have been a problem. However she still had the overwhelming urge to stab out both of his eyes. You know, for Thessa's sake and not her own.

Yet boredom won over the stabbing. With an assault bag weighed down, her standard blaster rifle and once-Protectorate issued bolter flung over her shoulder, Dells had invited herself-aboard for the assignment. After dropping her good off in the corridor near the cabins, the redhead had made her way into the cockpit. She smoothly sat in the co-pilots chair.

"Indeed, what is the holdup? Don't we have a supplier waiting? All the while you and the droid are sitting still and staring at hangar walls."

The footfalls that came up from behind Hutch were not those of an LE repair droid's, but rather those of a soldier's, and a light one on their feet. His head turned to find a feisty redhead sitting in the co-pilot's chair. The Rendili fought to keep his initial annoyance off his ruggedly handsome face. Now there would be no relaxing with his personal tormentor along for the trip.

Ever since the SpecOps Major had returned into the fold of the Rebel Alliance after being designated MIA after going on a top secret mission post the Battle of Alderaan, his former Eclipse partner and now the leader of the Rebels had pretty much stuck up for her best friend, his former fiancee, Thessa Kai, and given him the cold shoulder. It had never been his intent to hurt Thee with accepting the mission to go behind enemy lines, leaving her without as much as a goodbye, but he had, deeply, and for that he would be always sorry for. Dirks was glad that the Galan had Judah in her life now, any way the man was a better fit for new her. Time for him to move on. Being in their kind of business, life was too short as it was.

"Well not exactly hangar walls… but now that the holdup has been seemingly rectified, I'll have us out of here in a jiffy, General," Dirks said. With clearance already given, he lifted the 'Bounty from the hangar deck up on its repulserlifts, then feathered the controls and throttled up the light freighter, sending the Rebel ship off into space. As soon as the nav computer was ready, the former starfighter pilot pulled back on the hyperdrive lever, then watched as the stars elongated into a blur of white as they made the jump to hyperspace.

Dirks detached his crash webbing after all systems showed green across the console, then slid his muscular frame out of the captain's chair. "I don't know about you, but I could use some more caf and a bite to eat. The middle cabin is free if you want to stash your stuff in there. It's going to take us the better part of two days to get to the rendezvous point, so make yourself at home," he said, then reached down by her knee as an after thought and grabbed his caf tumbler from the cup holder between the seats. Flashing one of his signature smiles at Dells as he did so, the Rendili added a two fingered salute, then exited the cockpit thinking to himself that this was going to be either a very long trip or a very interesting one. It didn't take a genius pick up on the tension that had always been there just under the surface between the two ex-partners.

He looks like a smashball mother driving to practice.

"Aye Aye Major." Delila said of the middle cabin. Waiting for Dirks to collect his caf and whats-its, Dells took her time, picking the pile of bags and weaponry off the decking and moving them into the middle cabin. Nothing remarkable, it was a cabin. Wasn't even a need to unpack. Not like the assignment was going to be one of those boring months on end excursions. She was a land lover. Needed to be planet side and breathe un-recycled air on the regular.

Not hungry or interested in caf, Delila grabbed her Protectorate issued Bolter. It was in sore need of cleaning. What better place to clean a weapon than the dining table? So as Dirks tended to whatever he was doing off in the galley, Dells had set out a long piece of linen and was disasembling her prized weapon. She would have to see if Firemane would be interested in her selling her a new one. Delila had two styles of the weapon and both were extremely battle worn.

"Shouldn't you be off pining over Thessa somewhere? Seemed to have gotten over my friend quickly. I was scheduled to do this run alone" She called out towards the galley. Dirks seemed to have an sharp change of face in that regard. Although she had never given the man much credit in terms of staying faithful to the mermaid in question.

Well this is awkard