Was It All Worth It?

You've yet to have your finest hour 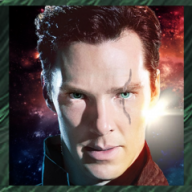 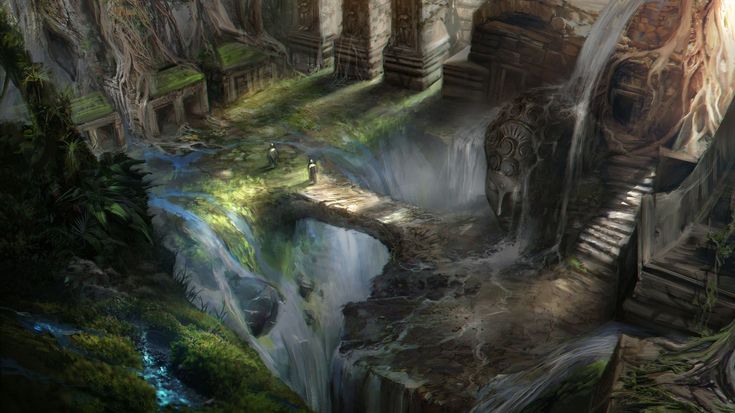 Where the once mighty temple of the Silver Jedi Order stood, a tall, imposing building that shone as a beacon of peace and justice in a dark universe, there was nothing but rubble and ruin.

The natural erosion of wind, rain and baking sun had been instrumental in breaking apart the materials that had built the temple bit by bit. Moss and vines snaked from the earth up around columns of stone and through preserved metal frames. If one looked closely, a few remnants of scorched material and chips of metal and steel could be seen scattered in the surrounding areas.

Black ash and loose embers signaled fires that had ravaged areas of the temple and brought it down. Looters, pirates, Sith, Imperials – anyone and anything out to scavenge what they could from the Silver Jedi had been here. While the Silver Council had moved all their resources and equipment out in a well-executed move to Kashyyyk, it didn’t stop those hunting secrets and relics that could be sold for profit or twisted with the Dark Side of the Force.

The waterfalls that the temple had been built both on and around had bled through the weakened foundations and structures, now pouring through the earth and across the ruins itself. Small, deep pools over water filled craters left by the collapse.

It was ghostly quiet.

It was also strangely comforting.

Nothing around but nature and the Force itself.

Connor stood atop a chunk of rock, hands behind his back and cowl hanging from his shoulders. In his mind’s eye, he could picture where everything once stood. How long had it been since he was here last? A good few years at least.

He saw the hundreds of Padawans and Knights and Masters he had crossed over the years, from coming into what was just a small collection of beings with the same vision growing to become home for all across the galaxy. The many floors of the temple were mapped out when he looked left and right. It was easy to imagine where they once stood and where they lead. Training rooms, meditation chambers, data banks, libraries, council quarters, dojos, social areas….the lot.

If he was right, then he was standing in the space his quarters used to be. Now, it was nothing but a void of dry earth, stone and some moss. Even the gardens had been decimated. The memorial garden now full of junk and metal. That was a sight that hurt to see, for Connor had lost many friends over the years and their legacy lived on in that very garden.

Where did it all go wrong? What happened to pull the Silver Jedi away? Was he a factor and his leaks with the Sith Empire? Did the Heavenshield family lose their vision and left a desperate Order to flee uncertain times?

Either way, this place was nothing more than a memory. A place that once thrived with the Force and welcomed esteemed members of powerful factions from across the galaxy to change things for the better now a pile of rubble.

Yet, it had called to him, ever since leaving. The planet. The temple. Even the catacombs within the waterfall itself.

Connor knew he had to come back, one day, but why?

Character Bio
The Ruins of the Silver Temple - Voss

The Oathkeeper touched down in a field of green. It had been the manicured lawns of the Silver Temple that had seemed to stretch out for miles beyond the marble steps that led up to the main entrance, but now long grass reached for the blue sky swaying in the gentle breeze without a care, in fact the lawn now wild had seemed to thrive and enjoyed it's new found freedom. Coci pushed through the knee high grass until her feet met with the remains of the marble although most of it was gone, there was no open main doors to greet her, no brilliant light from the crystal that had always resided in the main foyer to stand and give strength of the force to all the Jedi that entered here. So it was strange among all this .. all this ruin, there was a smile on her face.

Why had she come back? it was not to walk among the left overs, nor to revisit old memories but over the last few months images of this placed, in times past, had come to her in dreams. Old familiar faces, long since gone or moved on, 'haunted' her at night in the small hours when one is alone, when one is truly alone and the only thing for company is your own thoughts.

The music of the ever present waterfall met her ears and she progressed through the overgrown ruins, and so enough she felt the stray of the droplets on her skin, it was refreshing as it always was, and not it, the falls where set free and cut their path in another direction to that in which had be forced upon it. The force was always strong her, it was the nature of the place and whether it be dark or light, it fueled the intent of any that had the gift to listen.

It hit her all of a sudden, the presence of another close by and the hairs on the back of her neck prickled. It was a presences she had not felt in years ...

Her slow foot steps echoed through the ruins, so contrary to the falling water, and before stood a man on the other side of the small bridge, she once knew as brother, friend and she once had loved him as such. He looked well, considering ...

After all they had gone through over the years, after all that had happened them for all that was said and done here on Voss, what do you say? The answer was simple.

[member="Connor Harrison"]
You must log in or register to reply here.

Was it worth it? [Sarge]

Making It Worth It