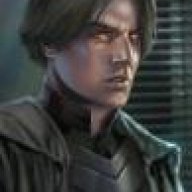 Childhood-
Vivec Andrelian was born on the city world of Coruscant to Marthan and Silus Andrelian. His father was a member of the Jedi Order and his mother was the owner of a local drink and game hub. At a young age, Vivec had a connection to the force that his father found quiet strong. Taking him to the Order, he formally began training him when he was eight years old. However, his training had started a few years before. Now a formal padawan, Vivec trained loyally with his father.

Rebelling-
When Vivec was thirteen he began to question his father about his choice to marry his mom, when the code clearly forbids any romantic relationship. His father lied to him, saying that the Order had allowed it. Vivec, angered by his fathers betrayal of the Order, informed several masters about him. The masters confronted him that night, during the families dinner. Marthan refused to leave Silus and quickly grew angry with the situation. Eventually, after several minutes of argument, he gave into his hate and attacked the Jedi. He was quickly killed. Silus, scared, also attacked and she too was killed. Vivec was shocked the Jedi would kill an innocent like her mom. The Jedi had him stay in a room at the Temple, however Vivec ran away that night. Two months later, he returned with other rogue jedi and he started a campaign against the Jedi Order. The campaign was ended quickly by Jedi Masters and Vivec went back into hiding.

Finding the Dark Side-
Vivec, at the age of eighteen, finally found himself on Korriban. There he started training as a Sith Apprentice, under many masters. During the years after leaving the Jedi, and the time before joining the Sith, Vivec gained a strong connection to the force through the means of meditation. It was at that point that he found the dark side and found clarity in the force. Vowing to avenge his mother, he now plans on training and striking back against the sinister Jedi Order. 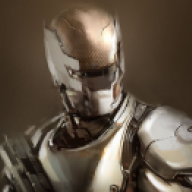